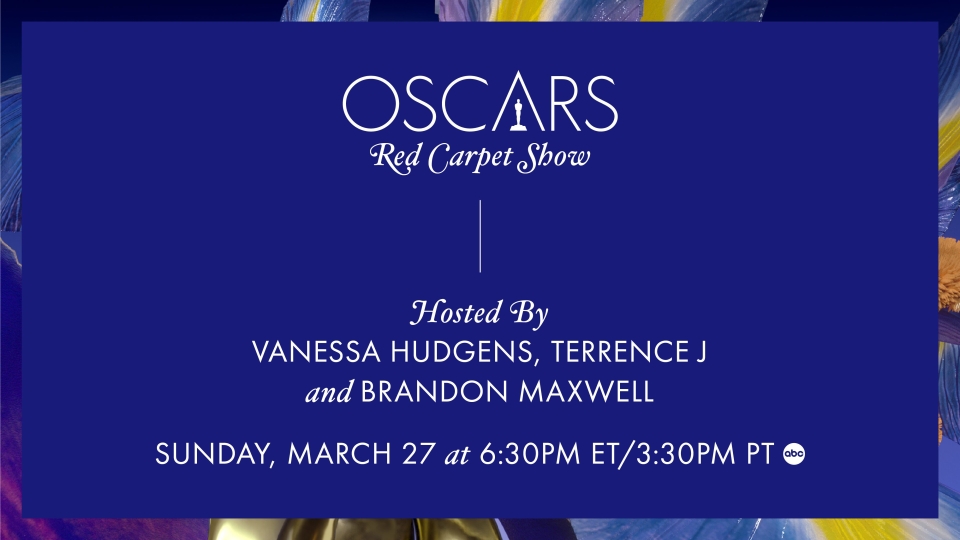 THE OSCARS SET TO AIR LIVE, MARCH 27, ON ABC

The 90-minute special will highlight Oscar® nominees, performers and presenters and give fans around the world the ultimate insiders’ sneak peek at Hollywood’s biggest night.  The show will feature a special appearance by DJ M.O.S.

“The Oscars Red Carpet Show” is executive produced by David Chamberlin and Michael Antinoro, alongside producers Packer and Cowan.

The 94th Oscars will be held on Sunday, March 27, 2022, at the Dolby® Theatre at Ovation Hollywood and will be televised live on ABC at 8 p.m. EDT/5 p.m. PDT and in more than 200 territories worldwide.  American Sign Language (ASL) provided by Certified Deaf Interpreters, live closed captioning and audio description will be available during the live broadcast.