Home / News / In the studio with Rick Baker - Master of Makeup

In the studio with Rick Baker - Master of Makeup 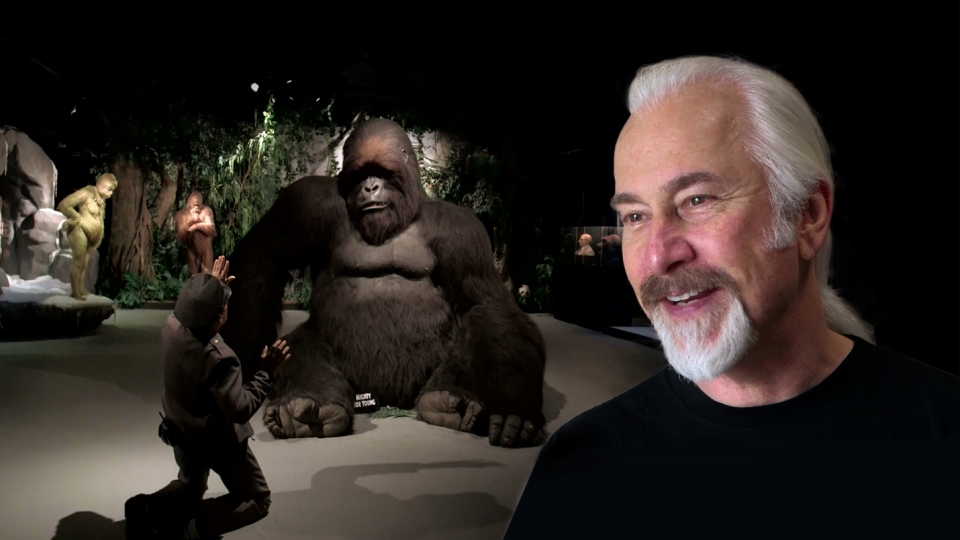 He was just a kid making monsters in his bedroom… but that kid grew up to be Rick Baker, a multiple Oscar-winning maestro who took home the first competitive Oscar for Makeup for his groundbreaking work on An American Werewolf in London (1981) with additional wins including Harry and the Hendersons (1988), Ed Wood (1995), The Nutty Professor (1996), Men in Black (1997), How the Grinch Stole Christmas (2000) and The Wolfman (2010).

"My dream, before I was even 10 years old," Baker said, "was to be a makeup artist and to work in films. It was a pretty crazy dream to have, especially at that time. There weren't makeup schools. The information wasn't out there."

Encouraged by mentor Dick Smith (See Baker's Governors Awards tribute to the special effects makeup artist of The Godfather, The Exorcist.), Baker dove in and began working on films and TV starting in the early '70s. One of his earliest breakthroughs came in 1974 when he was tasked to transform 41-year-old Cicely Tyson into a woman who would slowly age on screen to the age of 110 in The Autobiography of Miss Jane Pittman. That success led to work on Star Wars (1977), Thriller (1983), Videodrome (1983), Coming to America (1988), Batman Forever (1995), Planet of the Apes (2001), and X-Men: The Last Stand (2006), among many others.

When Tropic Thunder (2008) producers wanted to create a new look for Robert Downey Jr. (playing a white Aussie actor who had his skin surgically dyed to play the role of an African-American sergeant), they went to Baker. The realistic but hilarious results helped Downey earn an Oscar nomination.

"I'd be in makeup for a couple hours and they'd be setting up some big shot or whatever. I'd go back to my trailer and I'd close the door and I would lock it," Downey once said. "I'd just look at myself in the mirror and I would talk to myself as the character and I swear to God, it was one of the most therapeutic [moments]. I'd look at myself and just be like, 'You beautiful, man.' And I would actually have this strange transcendent experience."

Baker's makeup studio grew over his four decades in film, and he hopes to share some of his work with the Academy Museum instead of consigning these treasures to oblivion. "I do think it's important to keep and preserve some of these items," Baker said recently from his sprawling studio. "It just seems a shame to me for something that someone would treasure to just be rotting in a basement where no one's ever going to see it."