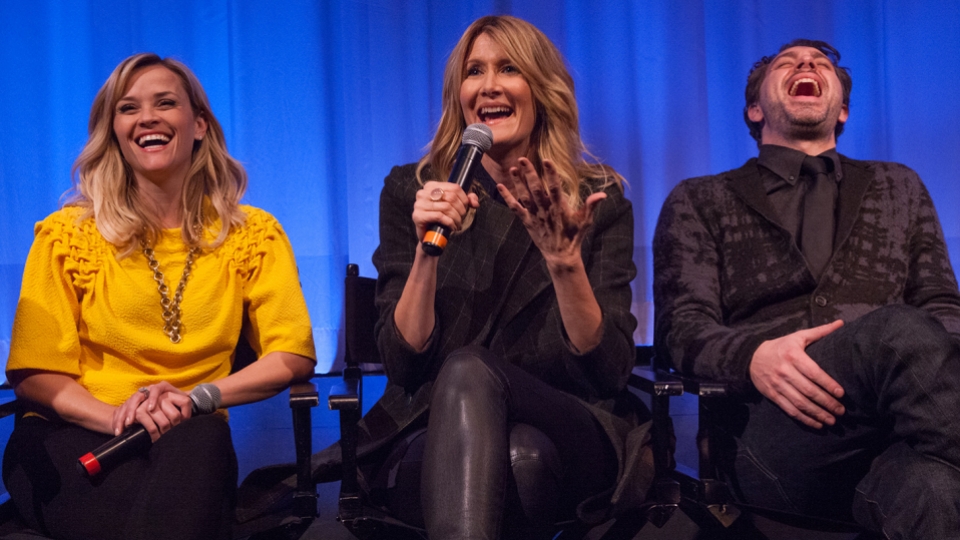 Each week, we screen new films for our members and invite the people who made those films to come talk about them after the screenings. You can see highlights of what they said in our Academy Conversations videos – here’s a few recent examples.

"That was probably one of the scariest days in my professional life was showing [Cheryl Strayed] the movie about her life and her beautiful book that I just didn't want to mess up. We sat there... we were in an editing suite in Fox Studio's lot, and we were all watching her and kinda worried and she had to get a tissue. And then she got to the end of it and she said "this is beautiful" and she hugged all of us and then she looked at me and she said, 'I saw my words written on your face'. And it was the biggest compliment I've ever had, professionally, in my life, because all I wanted to do was right by her."

"We were doing a re-write on a science-fiction movie about pop culture from Earth getting to a higher civilization on another planet and destroying that world. So we were thumbing through different pop culture guides and my wife had a book called 'The Encyclopedia of Bad Taste' and it had articles on Disco Suspenders and Bad Sitcoms from the '60s and Sugary Cereal and stuff like that. And there was a two page article about the Keanes and I was like wow!"

"[Sienna Miller] thinks I made it up on the spot, but you're always making up something on the spot. That's what's fun about making films. You have a plan, but the plan is always subject to what ever you find in it and whatever you're learning yourself about the people, about the performers, how they're treating the people. It's always an evolving process, so it's great fun. That's why I'm still doing it at 28."

"A stranger approached me in a store and handed me an envelope that contained newspaper clippings about this story. His name is Tom Heller, he's got an Executive Producer credit. Capote had just come out, and he said, 'I think you're going to want to make a film about this story.'"