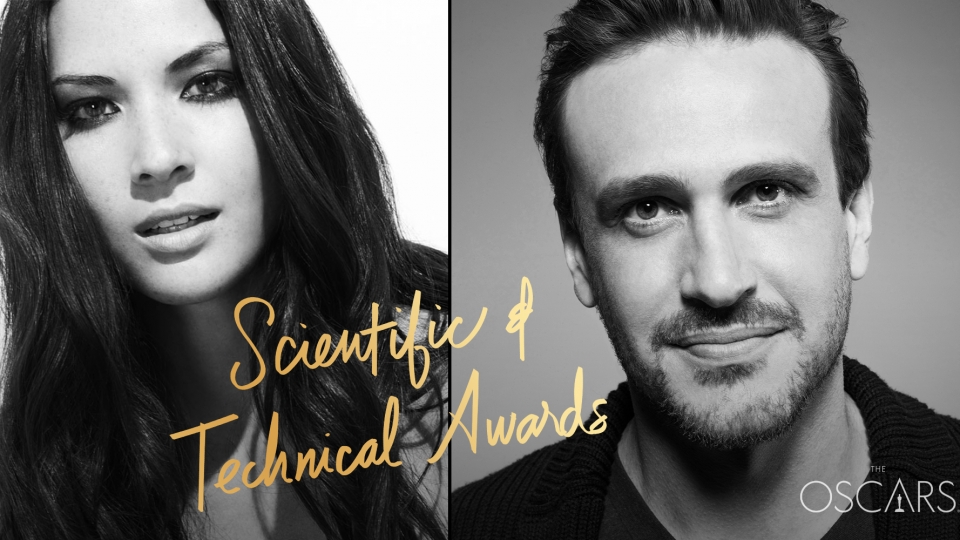 Actors Olivia Munn and Jason Segel will host the Academy of Motion Picture Arts and Sciences’ Scientific and Technical Awards Presentation on Saturday, February 13, at the Beverly Wilshire in Beverly Hills.  They will present 11 awards to 33 individual recipients and the Society of Motion Picture and Television Engineers during the evening.

“The Sci-Tech Awards Presentation is one of our special events during Oscar® season, and we’re thrilled to have Olivia and Jason as this year’s hosts,” said Academy President Cheryl Boone Isaacs.  “Their humor and charm will be terrific complements to the brilliance of our colleagues and their outstanding scientific and technical achievements.”

Munn’s feature film credits include “Ride Along 2,” now in theaters, as well as “Mortdecai,” “Deliver Us from Evil” and “Magic Mike.”  She also starred in the critically acclaimed series “The Newsroom” for three seasons.  Munn will appear as Psylocke in the upcoming X-Men sequel “X-Men: Apocalypse.”

Segel currently stars in James Ponsoldt’s dramatic biopic, “The End of the Tour,” in which he plays David Foster Wallace. His other film credits include “Forgetting Sarah Marshall” (writer), “The Muppets” (writer, producer), “Get Him to the Greek” (writer, co-producer), “I Love You, Man” and “Knocked Up.”  On television, Segel starred in “How I Met Your Mother” and “Freaks and Geeks.” Additionally, Segel is an author for a children’s middle-grade fiction series titled “Nightmares!”

Portions of the Scientific and Technical Awards Presentation will be included in the Oscar telecast.

Popular Mechanics is a proud supporter of the Scientific and Technical Awards.