Home / News / How To Score a Best Picture Winner

How To Score a Best Picture Winner 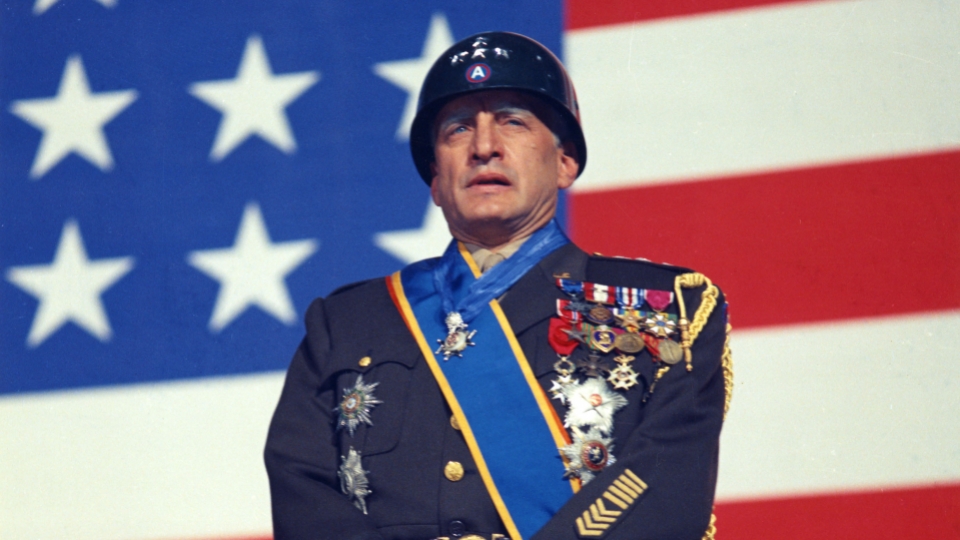 Composer Jerry Goldsmith possessed a unique gift of being able to write music to emotionally support a film and to convey musically the inexpressible and unseen. His Oscar-nominated, landmark score for the 1970 film Patton brilliantly illustrates this with its unexpected and memorable use of two trumpets that play a three-note pattern that is manipulated to intentionally add delay to the notes. To do this, Goldsmith employed an Echoplex, a custom-built recorder that used magnetic recording tape and exploited the distance between the recording and playback heads to create a tape delay, or echo, which could be varied by changing the gap between the heads.

In Patton, the Echoplexed trumpets suggest military connotations and effectively transport the listener to times past, crafting a musical painting of General Patton’s belief in past lives and reincarnation. The trumpets were recorded separately, then combined with a traditional orchestra and even a wind machine, all part of Goldsmith’s arsenal to bring emotion to the fore. 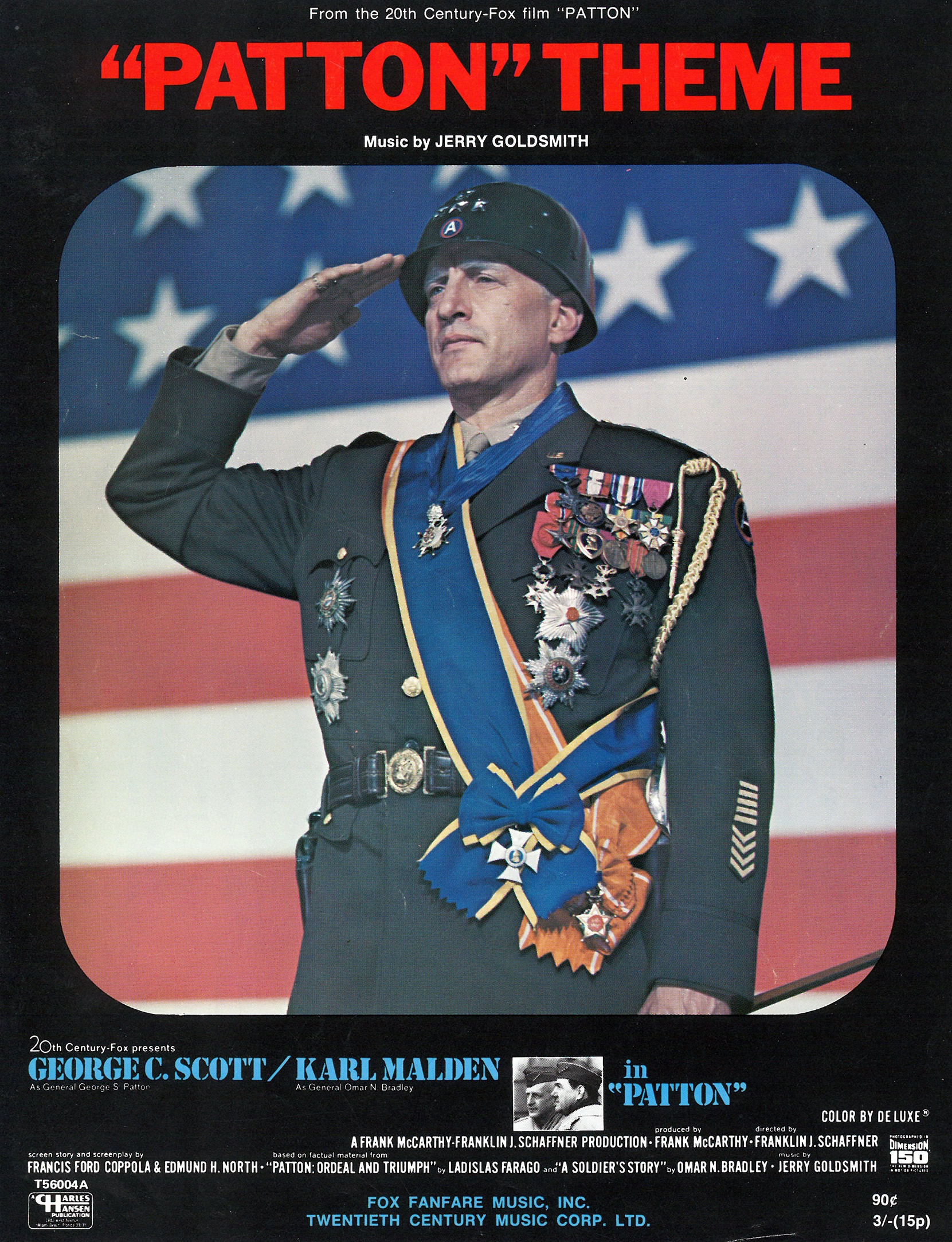 Near the beginning of the Franklin J. Schaffner film, General Patton visits a North African battlefield. With the four short measures that open “The Battleground” (see below), Goldsmith sets the mood and provides an unexpectedly haunting accompaniment to the visuals. 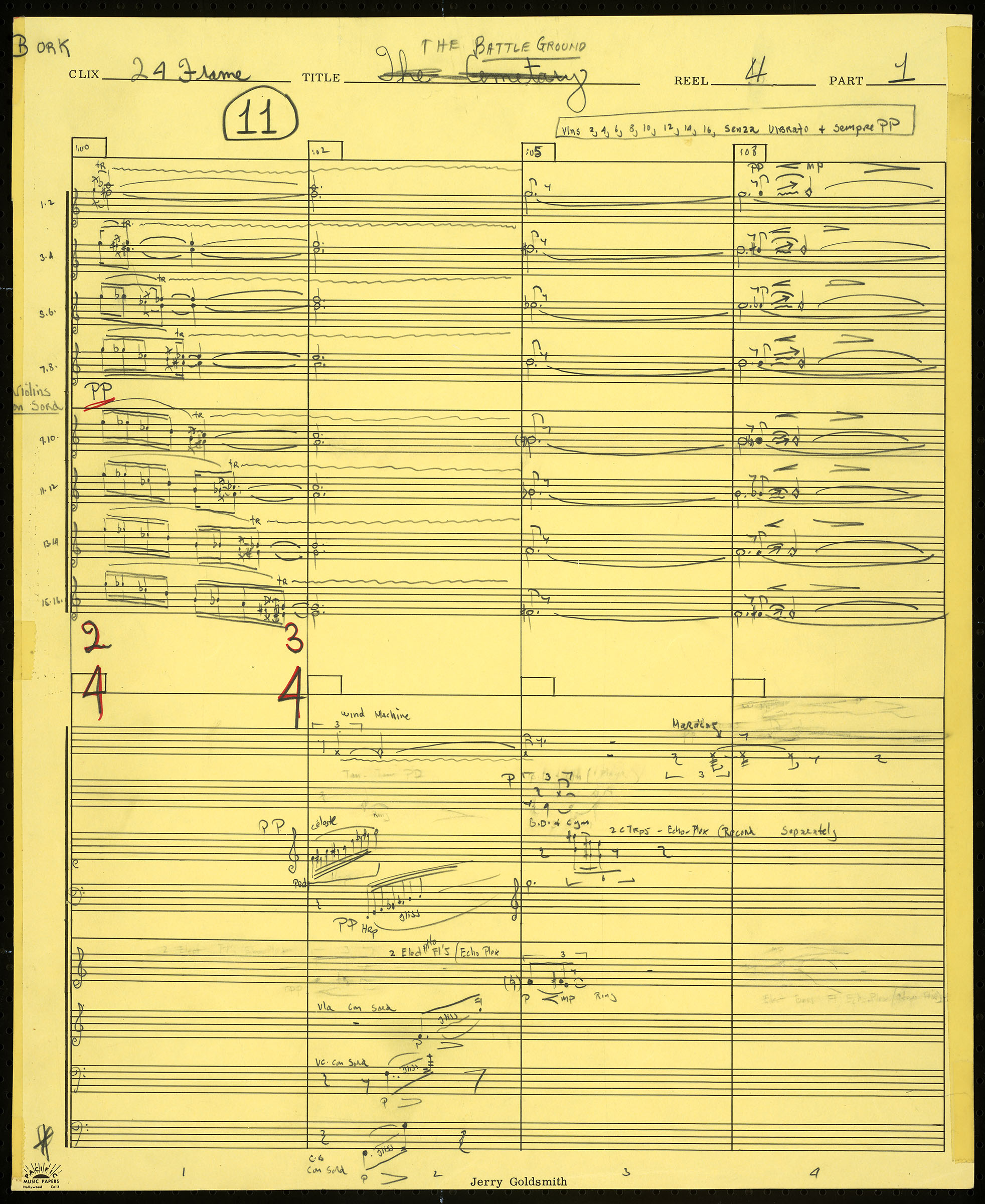 Looking at Goldsmith’s notated music on this page from the Jerry Goldsmith music sketches in Special Collections, one can readily see the music falling away from the top left, then rising up from the bottom. The upward sweep on a harp and celesta, a piano-like instrument, creates an ethereal and bell-like sound and accentuates the fluttering sound of muted violins above.

Schaffner and Goldsmith were already longtime collaborators by the time they made Patton, with both having starting out with television projects in the 1950s before they progressed to the big screen. Their feature film collaborations included Planet of the Apes (1968), Papillon (1973), Islands in the Stream (1977), The Boys from Brazil (1978) and Lionheart (1987).

Forty-five years on, Goldsmith’s effort for Patton stands as a testament to the power and emotion that music can bring to a film.