How Scary Movies Were Sold in the ‘30s 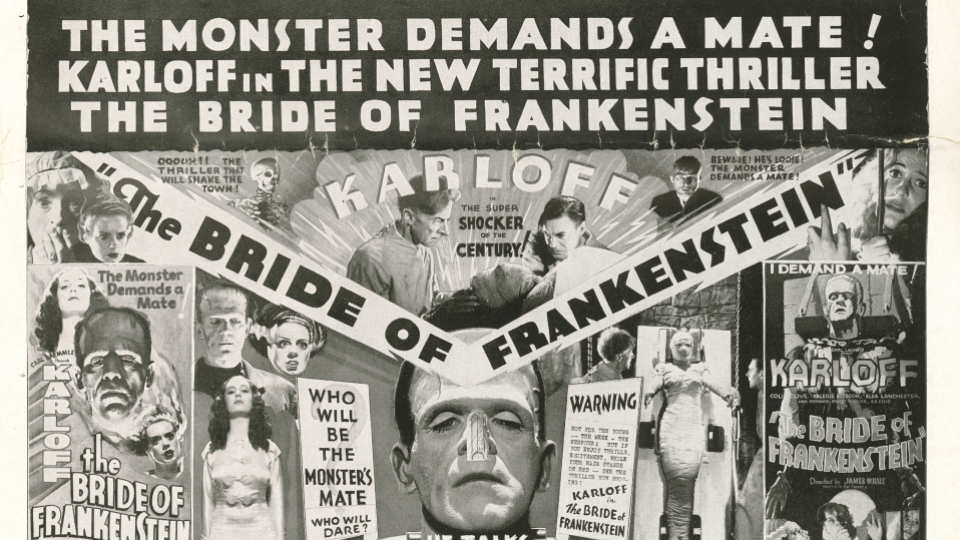 Throughout the Studio Era, motion picture companies conceived elaborate marketing campaigns to promote their film product and the popular horror movies of the 1930s were no exception. Pressbooks, also known as showman’s manuals or exhibitor’s campaign books, were an important tool in this endeavor, created by studio publicity departments to guide theater owners in attracting audiences to their cinema – whether it be a big city movie palace or a small town picture house.

The manuals were generally oversized and sometimes included vivid imagery and provocative taglines to draw attention to the film, as The Bride of Frankenstein (1935) pressbook cover shown above demonstrates. Inside, the campaign books offered “articles” about the film’s production and favorable “reviews” that could be planted in local newspapers, as well as examples of the advertising materials designed to promote the film. The image below depicts the many stylish poster options available to exhibitors in the pressbook for Dracula (1931). 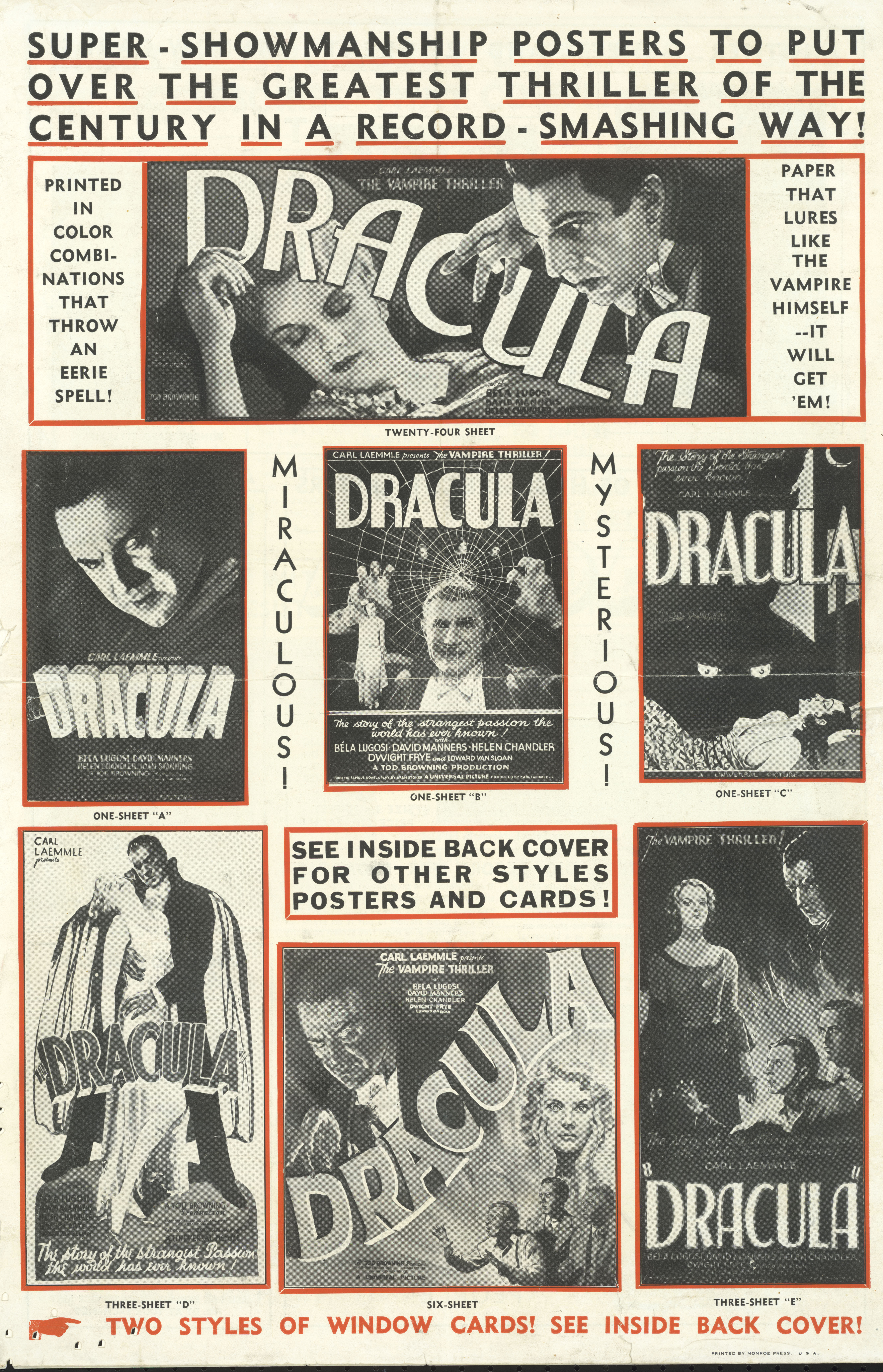 Studio publicists also devised sensational stunts and merchandising tie-ins that could be used to draw the public to the theater.  Among the public exploits Universal proposed for The Invisible Ray (1936) were to dress up a man up as Boris Karloff and have him move boxes marked “Radium X” from one street location to another using long tongs and to rouse curiosity with the “Invisible Ray Peep-Box.”

The studio publicity departments also created stunts aimed at specific audiences, such as this idea for attracting female moviegoers to The Monkey’s Paw (1933). The film’s pressbook suggests offering a prize to newspapers readers for the best pancake recipe. 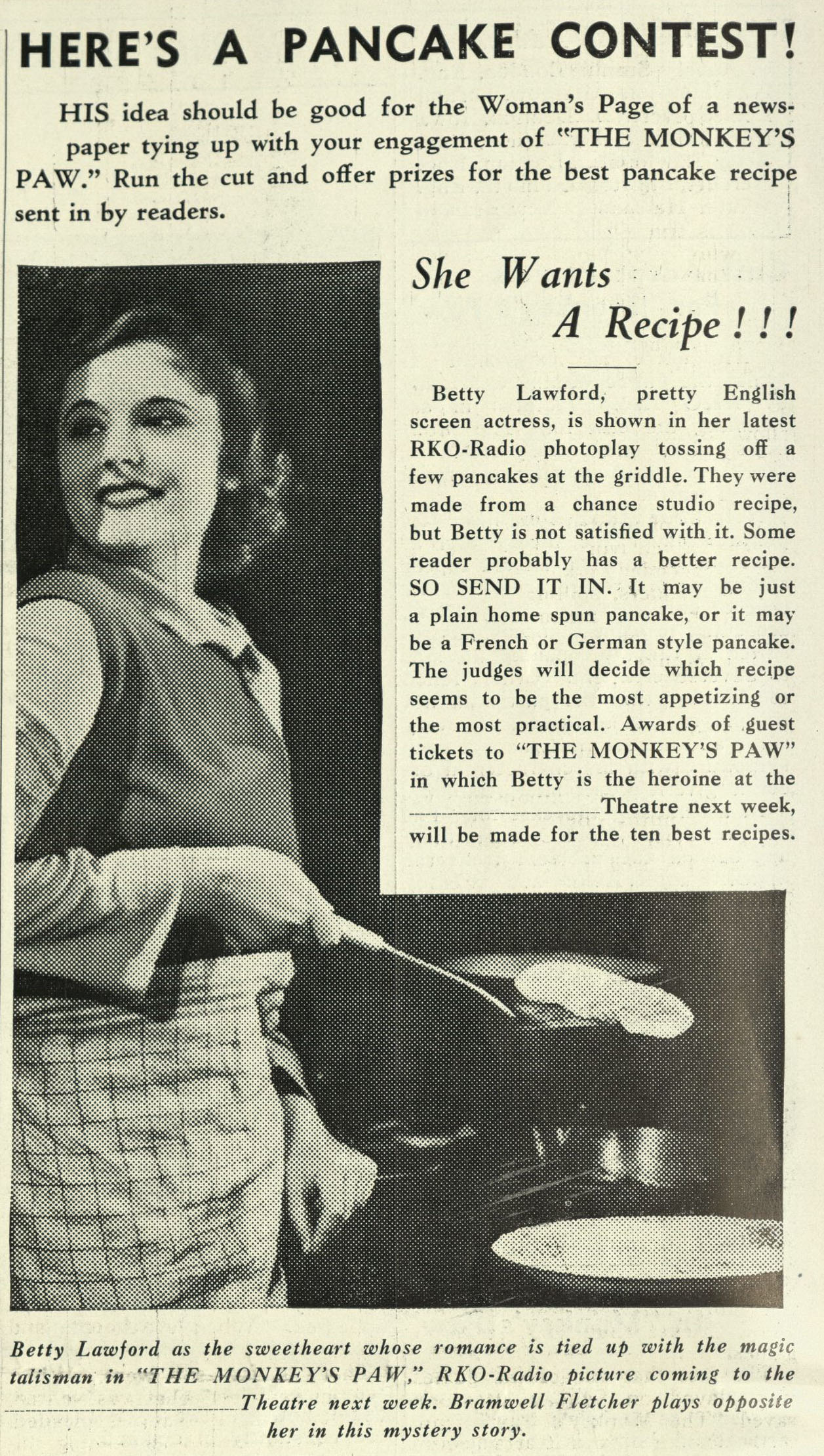 Although long considered ephemeral, pressbooks have since acquired an elevated significance, appreciated not only for their aesthetic qualities but also for the way in which they allow a glimpse into a studio’s publicity strategy for a given film. The pressbooks shown here are from the Core Collection Production files at the Academy’s Margaret Herrick Library.