Home / News / How To Dress for the Oscars

How To Dress for the Oscars 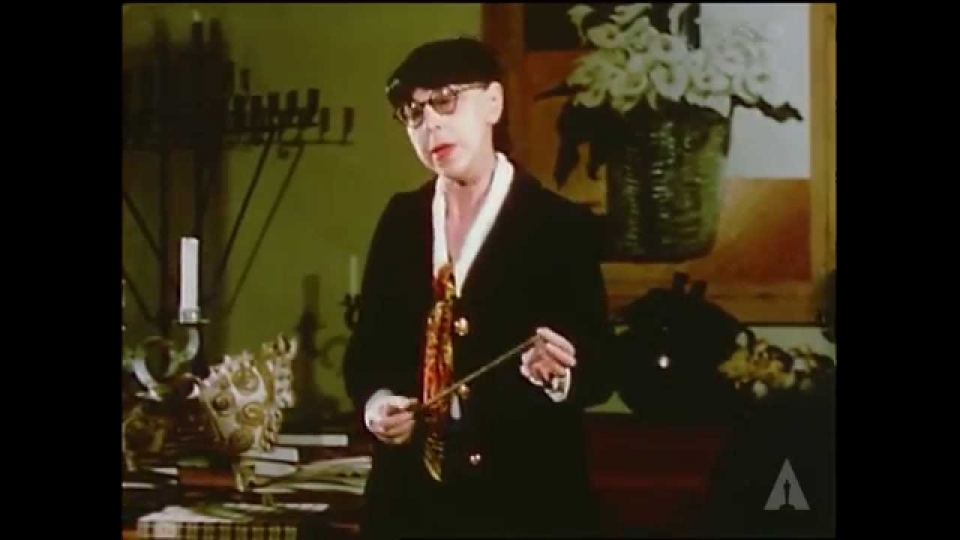 Currently the fifth most nominated person ever with 35 nominations for Costume Design, Edith Head was nominated 19 years in a row, from the establishment of the Costume Design category in 1948 through 1966. She holds the record for awards in the category with eight.

In the 1950s during Edith Head’s impressive run at the Oscars, she began serving as a fashion consultant for the ceremony. The position’s duties were wide-ranging, from advising Oscar attendees on makeup and clothing for television, taking into account the set design and what looks might complement it, to emergency wardrobe repairs backstage on the big night. In the early years of her consultancy, the ceremony was presented on black-and-white televisions, presenting a unique challenge for attendees wearing colorful dresses. Head’s keen eye and advice were important to shaping the look of the show. Pastels were encouraged, while rhinestones and glittery looks were discouraged because of the strange effects they would cause in the cameras of the time. The color red was also discouraged, as early color television cameras often gave reds a more burgundy or grayish tone.

In 1970, Head’s last year serving as fashion consultant, she gave this interview on her role at the ceremony and what to expect at the 42nd Academy Awards. This clip is part of the Academy’s vast collection of moving images at the Academy Film Archive.

In 1968, Head offered advice to attendees of the ceremony in this memo, part of the Academy’s collection at the Margaret Herrick Library. 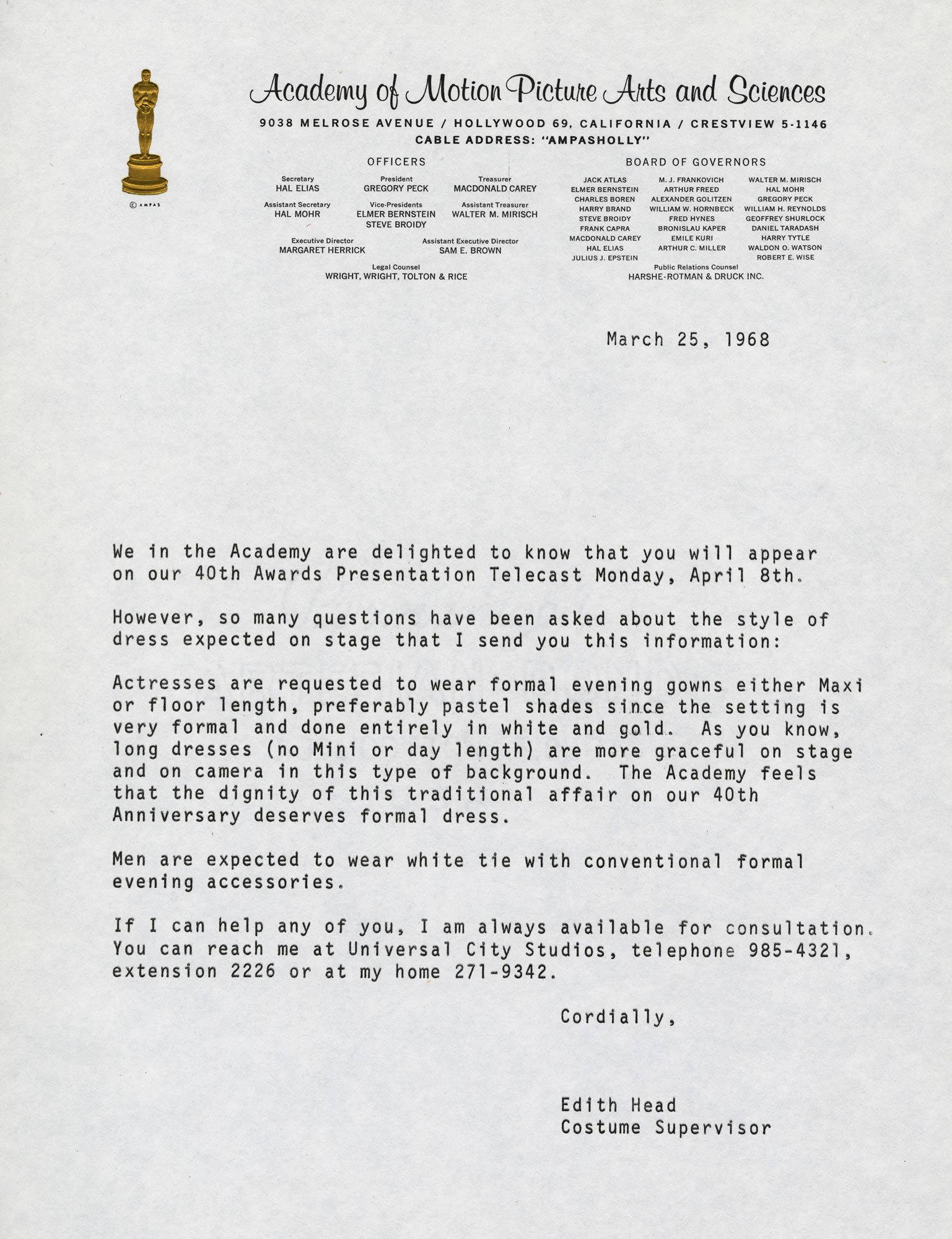 See four of Edith Head’s costumes, as well as all eight of her Oscars in person, along with more stories of Hollywood’s costume designers in Hollywood Costume, an exhibition co-presented by the Academy and on view at the Wilshire May Company building from now until March 2, 2015.

Click here for more information on eight-time Oscar winner Edith Head and the Academy’s Collections. Edith Head’s papers and those of her husband, Academy Award-winning art director Wiard Ihnen, are part of Special Collections at the Academy’s Margaret Herrick Library.