With Star Wars (1977) and The Empire Strikes Back (1980) taking the world by force, 1982 was a year defined by anticipation for the third and (then) final chapter in the Star Wars saga. The film’s originally promoted title Revenge of the Jedi and its ultimate change to Return of the Jedi has always been of significance to fans. Advertising materials that bear the more aggressive Revenge title reveal how far along the film’s marketing cycle had come prior to George Lucas’ decision to replace it with Return. From posters and trailers to merchandising tie-ins, Revenge artifacts represent a compelling period in Star Wars history. 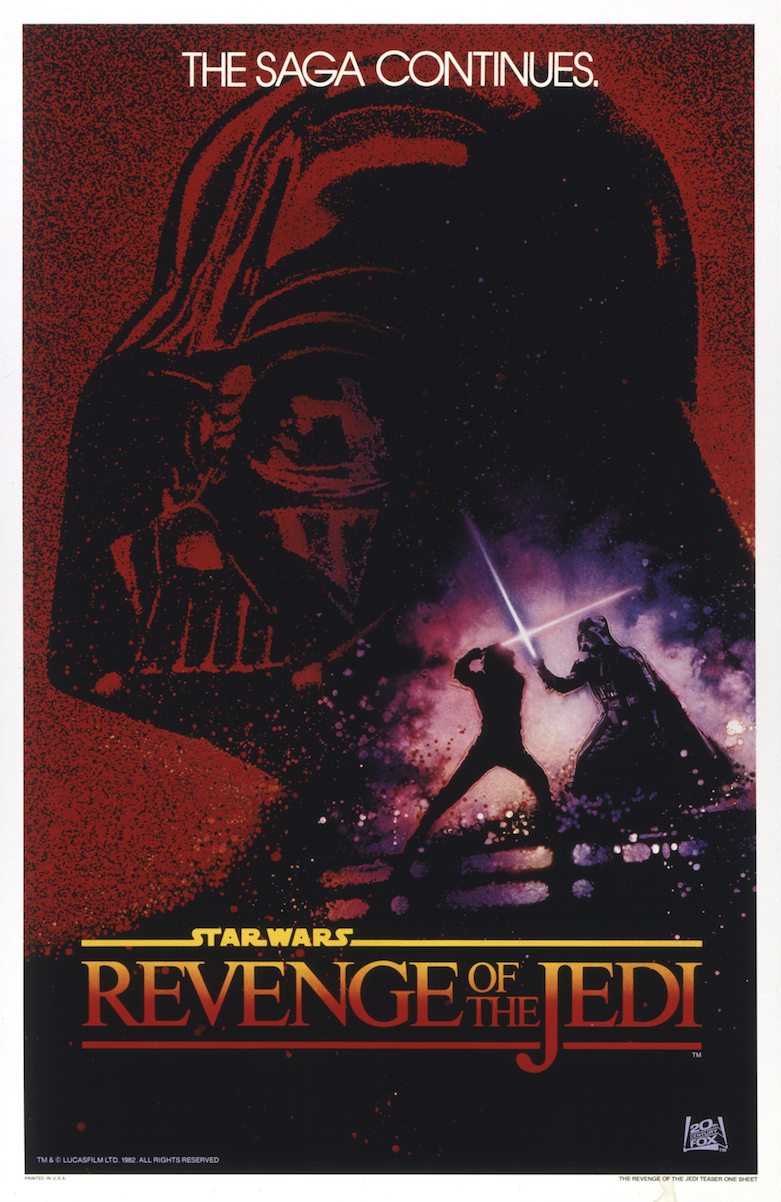 The Academy Film Archive holds several trailers from the United States with the initial Revenge title, all of which announcing a May 25th, 1983 release date which coincided with the anniversary of the original Star Wars stateside release in 1977. However, the Archive recently acquired a peculiar and very brief Revenge of the Jedi teaser trailer which originated from a cinema in the United Kingdom. Curiously, the title cards prominently feature a Christmas 1983 release date and the footage consists only of publicity stills set to triumphant and familiar theme music from a galaxy far, far away.

As early as March, 1982, there were internal discussions between Lucasfilm and distributor 20th Century Fox about a possible Christmas ‘83 release for Jedi in the U.K. On the U.K. side, the feeling was that the holiday release would provide a good opportunity for moviegoers to get out of the house during the winter season for a family outing, and that the season lent itself naturally to merchandising tie-ins and promotions. Another consideration was that any props and costumes used in the U.S. and other regions for a summer promotion would be freed up for use in the U.K. by wintertime, specifically for window displays like those at the British department store chains Selfridges or Harrods. In the end, however, it was felt that the U.K. should enjoy a Return of the Jedi summer release, and so it was ultimately launched just a week after the U.S., starting June 2nd, 1983. 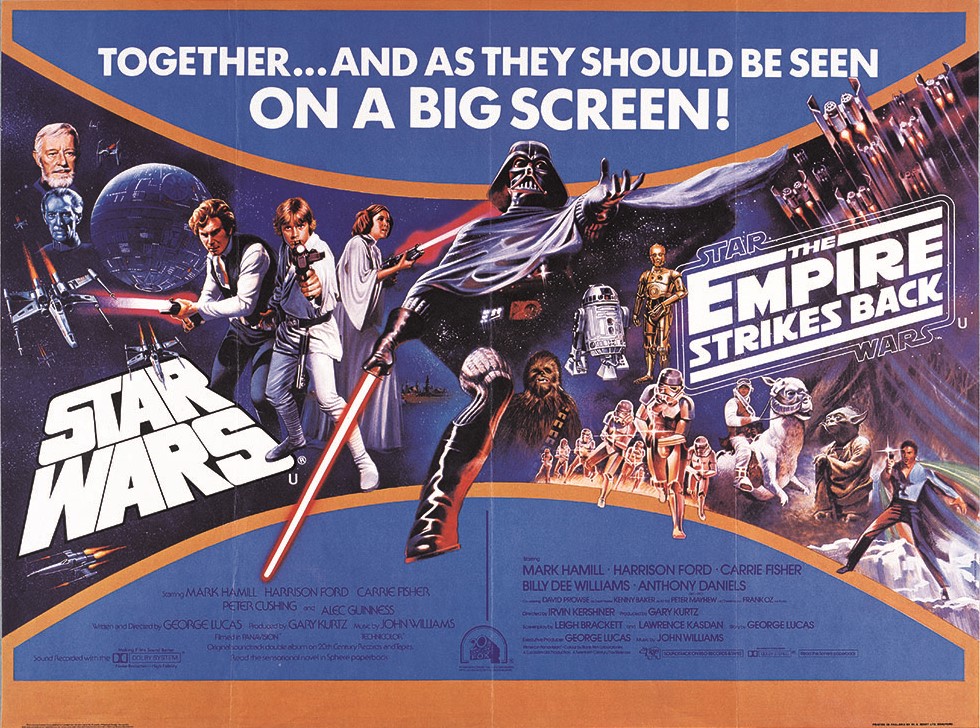 The Revenge teaser trailer was apparently attached to the summer 1982 double-bill re-release of Star Wars and The Empire Strikes Back in the U.K., which began its run on May 30th, 1982 with a total of 220 prints each (it had actually premiered one week prior as an exclusive engagement at Odeon Leicester Square in London). A great success, Star Wars was retired from the double-bill by early December while Empire was allowed to play in certain situations through Christmas. 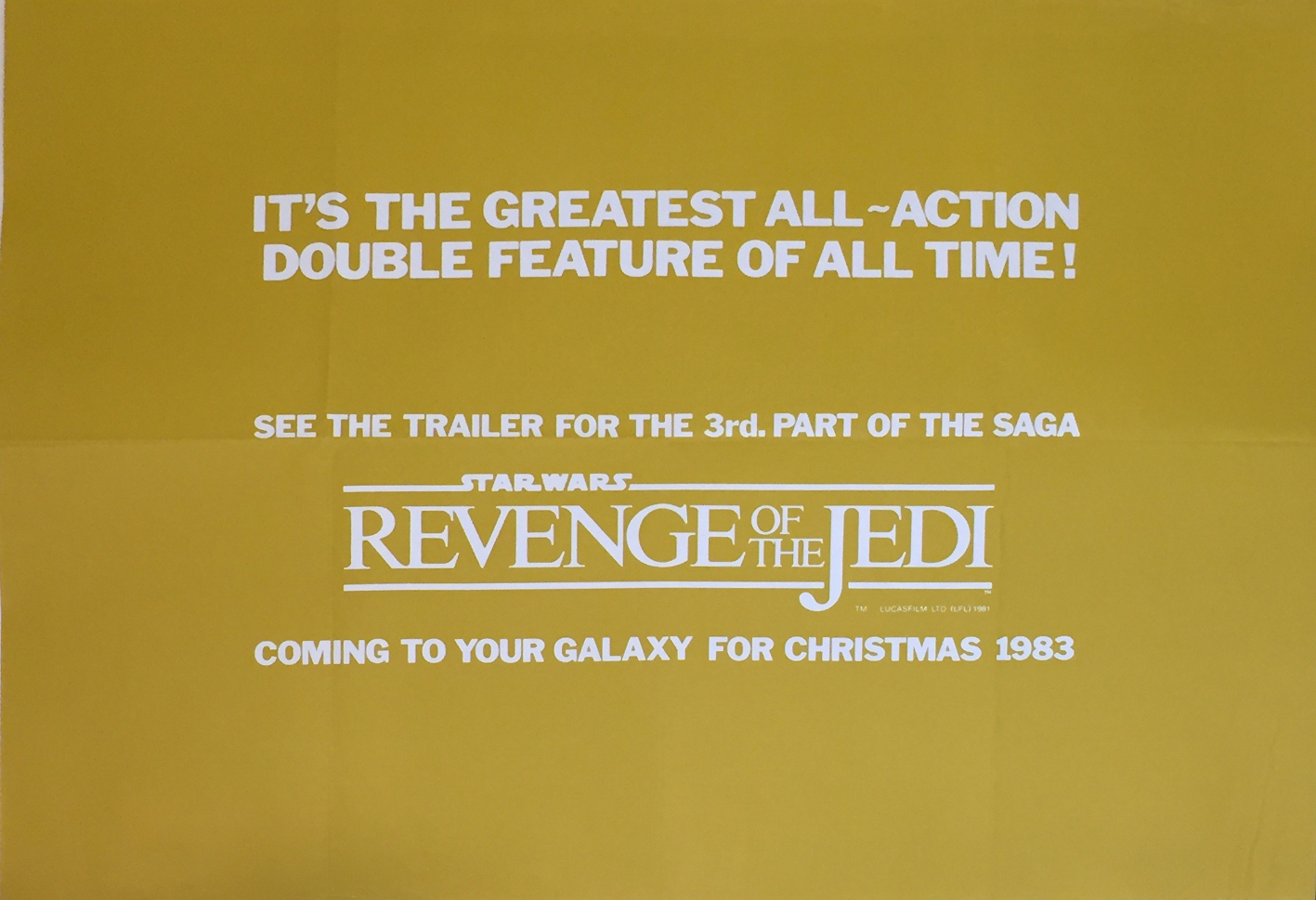 It is unclear how long the “Christmas 1983” Revenge trailer was allowed to play in front of the British double-bill in 1982, but it was called out specifically on a snipe poster included in a rarely seen set of Marler Haley lobby posters sent out to larger theaters hosting the double-bill. Nevertheless, American audiences would not get a glimpse of the third film until Star Wars was re-released in the U.S. in August 1982, meaning that this may be the earliest Revenge trailer distributed – and fans from across the pond got the first peek!