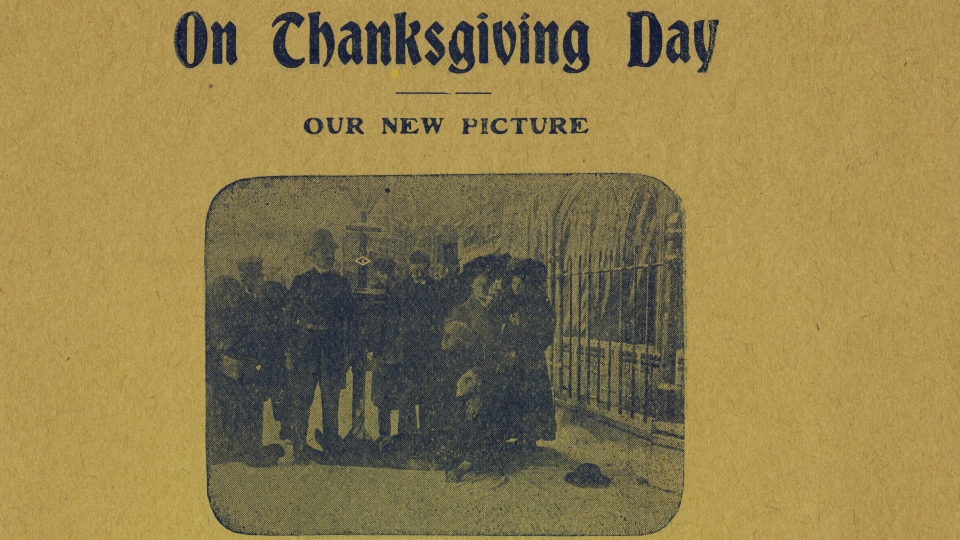 Thanksgiving weekend box office is big business, providing studios and filmmakers an opportunity to take full advantage of a long holiday weekend to entice moviegoers into theaters. The tradition can be traced back to 1908, when the Selig Polyscope Company hoped to lure audiences to see On Thanksgiving Day, released on Thursday, November 26. The film’s climactic scene takes place during a Thanksgiving dinner. 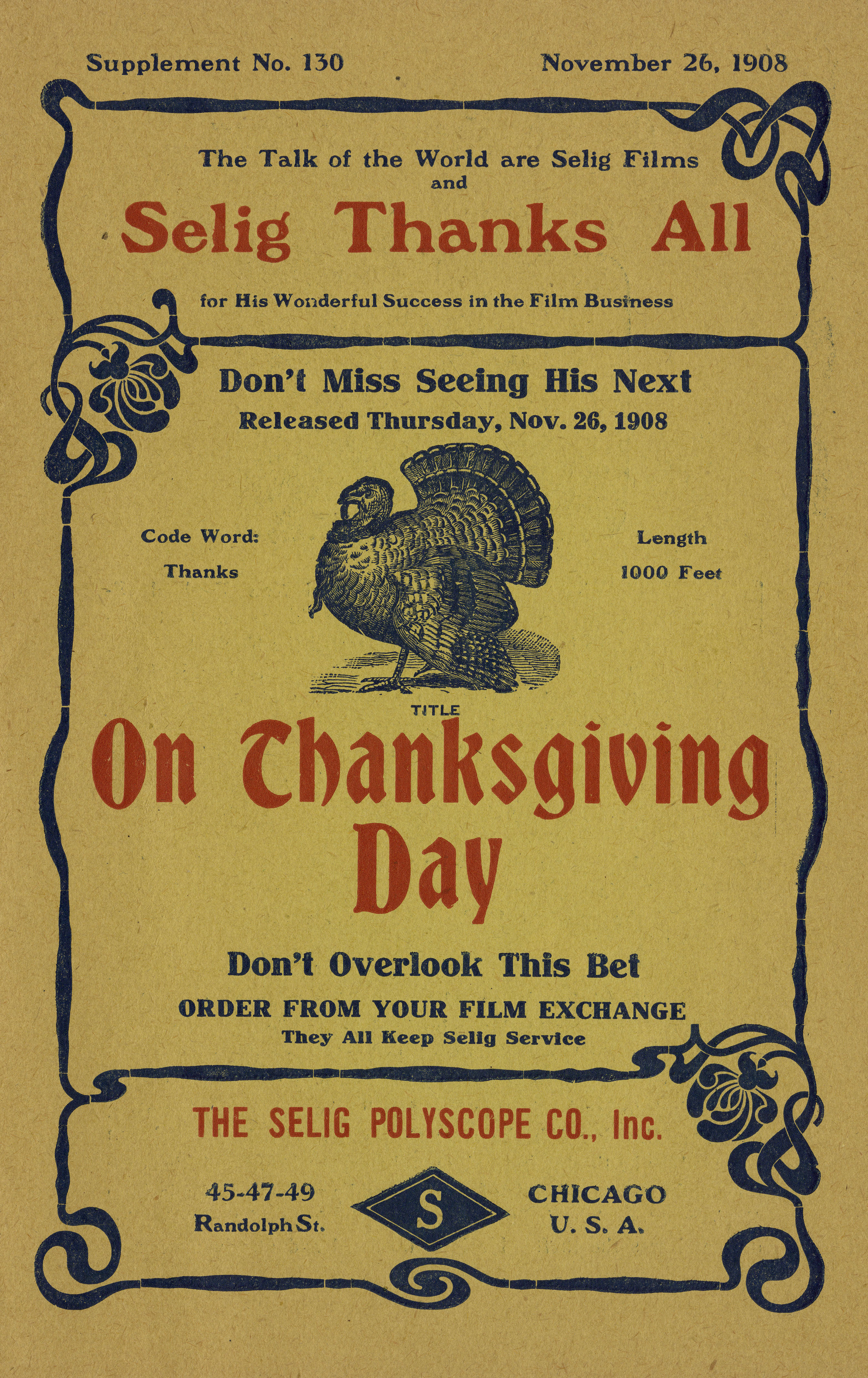 In the flyer, above, from the William Selig papers in Special Collections, “Selig Thanks All” for his wonderful success in the film business, at a time when theatrical films were still competing with vaudeville.

The description found at the end of the synopsis of the 107-year-old film could stand in as the goal of any present-day filmmaker: “A timely picture story, interestingly told and cleverly acted by capable players.” 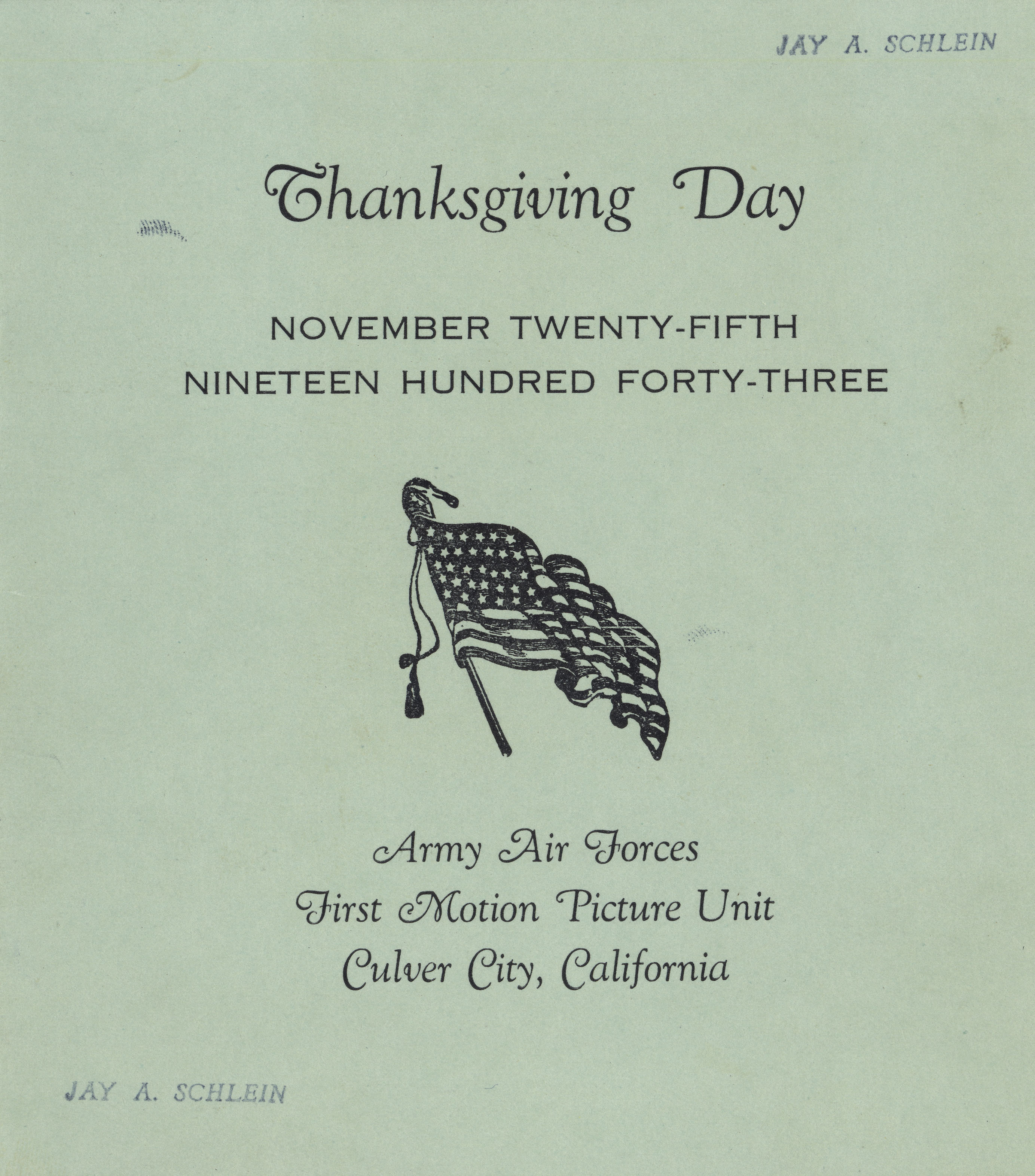 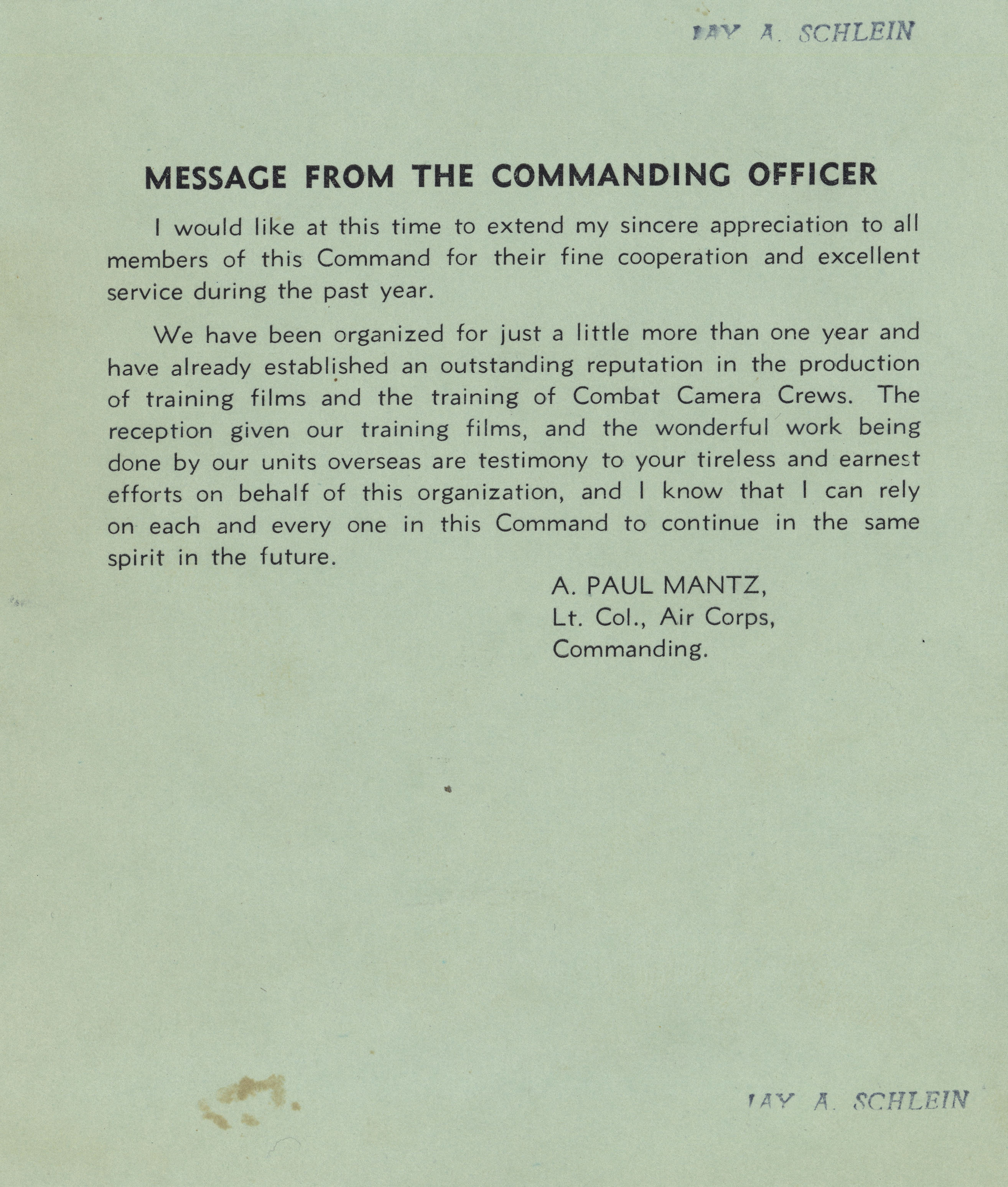 An appreciative message to service members from Lt. Col. Paul Mantz greeted the diners. A noted pilot, Mantz made a career out of providing air services to the motion picture industry. Two of his companies, Paul Mantz Air Services and Tallmantz Aviation, are documented in the library’s Tallmantz Aviation records. 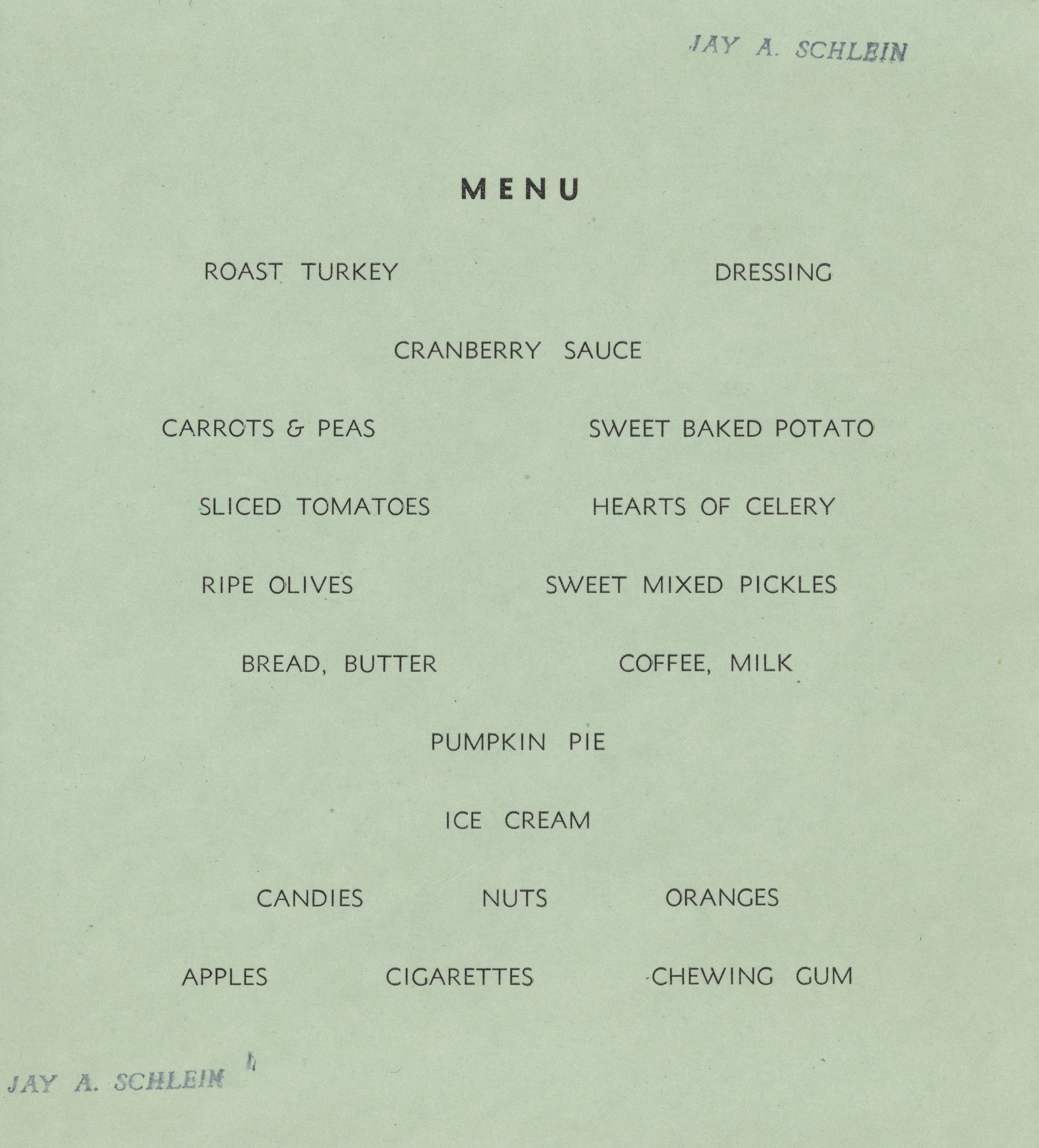 The Thanksgiving menu, above, from the Jay Schlein papers, includes pumpkin pie à la mode and a selection of cappers to the meal, including candies, cigarettes and chewing gum.