Home / News / Flashback to the Future: The Library of Congress 70 Years Ago

Flashback to the Future: The Library of Congress 70 Years Ago 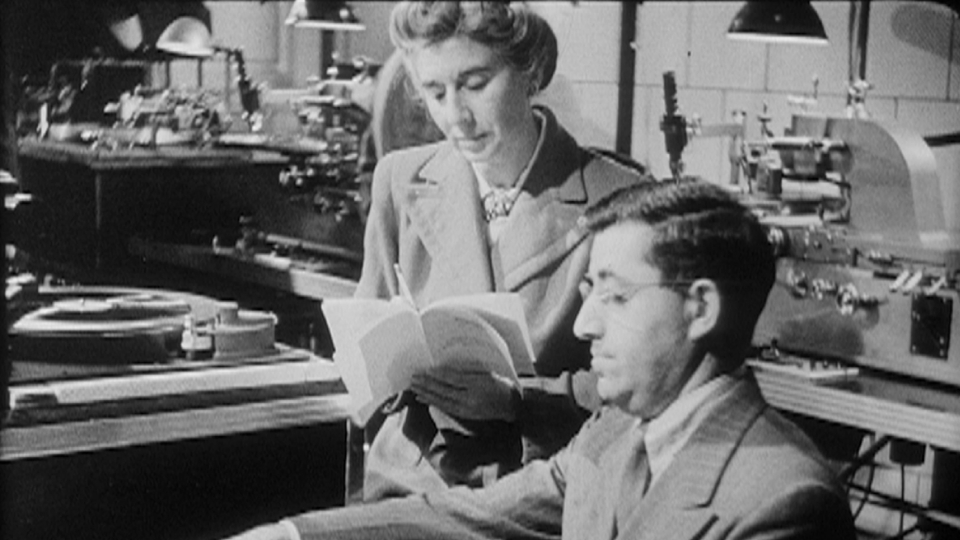 The journey of books from Washington D.C. to rural America bookends the film, reinforcing its theme of the Library as an ambassador of knowledge and free speech. The film emphasizes the diversity of the Library’s impressive collections, from American history collections that range from founding documents to Native American and immigrant histories, to the Oriental Division (now the Asian Reading Room), and the Library’s efforts to bring reading to non-sighted patrons with books in Braille and “talking books” on records. The film showcases the Library’s cutting-edge technology for the time, such as the vast pneumatic tube and conveyor belt system used to send and receive requested books; climate control; and special storage and display for maps and artwork. Also featured are newsreels highlighting the then-recent addition of the Motion Picture Section (also known as the motion picture collection), as well as the collection and preservation of field recordings of American folk vocal traditions. The film concludes with an extended musical performance demonstrating the Library’s public arts programs.