Chasing Down THE FRENCH CONNECTION 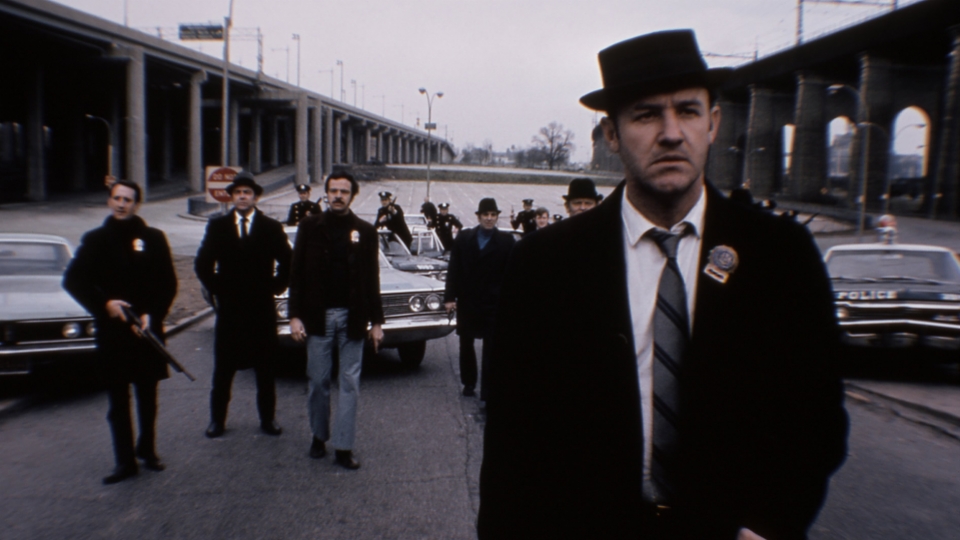 Upon seeing The French Connection for the first time, legendary producer Darryl F. Zanuck proclaimed the chase sequences “the greatest [he had] ever seen.” Although the film won five Academy Awards, including those for Best Picture and Directing, it is the thrilling pursuit through New York City streets that many moviegoers remember most.

These excerpts from director William Friedkin’s notes reveal how he conceived each shot of the gripping chase sequences. With the help of cinematographer Owen Roizman and a talented second unit, Friedkin filmed the complicated sequences on location in Brooklyn along the West End Line. Later, film editor Jerry Greenberg spliced the footage together, heightening suspense with well-paced transitions between the policeman's street pursuit and the criminal's flight through the passenger carriages of an elevated train. Despite the meticulousness with which Friedkin constructed the scene, some residents of Bensonhurst, the neighborhood where most of the sequence was filmed, were disappointed with some of the improbabilities depicted onscreen. In a letter to the director, one resident pointed out, for example, that the “N” train used in the sequence would not run on the West End Line, nor would a car be able to speed down 86th Street during the day due to the high traffic volume. In his response, Friedkin admitted to taking some artistic license with the scene, but deftly rebuffed the criticism by recalling an essential tenet of moviemaking: “The key to a successful sequence like the chase is allusion [sic]….What a dull chase it would have been had I stuck to what was probable.” The William Friedkin papers are housed in Special Collections at the Academy’s Margaret Herrick Library.