Building a Dream with Charles Guggenheim 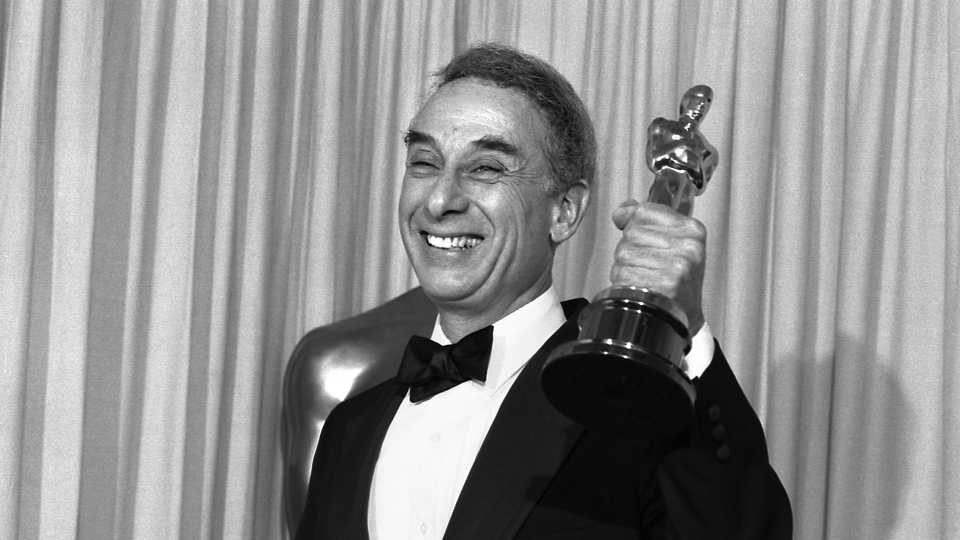 Charles Guggenheim (1924-2002) was a master of the documentary form. Celebrated for such notable films as Robert Kennedy Remembered and Nine from Little Rock, the scope of his prolific career stands as a testament to his deep interest in committing the American experience to film.

The Margaret Herrick Library’s Special Collections is proud to house the Charles Guggenheim papers, currently being processed under the auspices of a two-year grant from the National Historical Publications and Records Commission. This manuscript collection documents works for film, television and other media that were directed and produced by Guggenheim Productions between 1954 and 2003. The files encompass more than 400 linear feet and consist largely of scripts, research materials, production materials and correspondence.

Starting in 1962, Guggenheim turned his attention to the American landscape, producing several documentaries that demonstrated the deftness of his touch and the inherent humanity in his work.

In these productions – Monument to the Dream (1967), A Place to Be (1979) and America by Design (1987) – Guggenheim documents more than just architectural significance. Instead, he deliberately focuses on the workers, separating man from monolith and weaving surprisingly intimate narratives throughout each film.

Originally from Cincinnati, Guggenheim relocated to St. Louis, Missouri, where he founded Guggenheim Productions on the eve of his thirtieth birthday. It was there that he received an important early commission from the National Park Service to document the construction of the Gateway Arch at the Jefferson National Expansion Memorial site.

The resulting film, Monument to the Dream, would be nominated for an Academy Award. 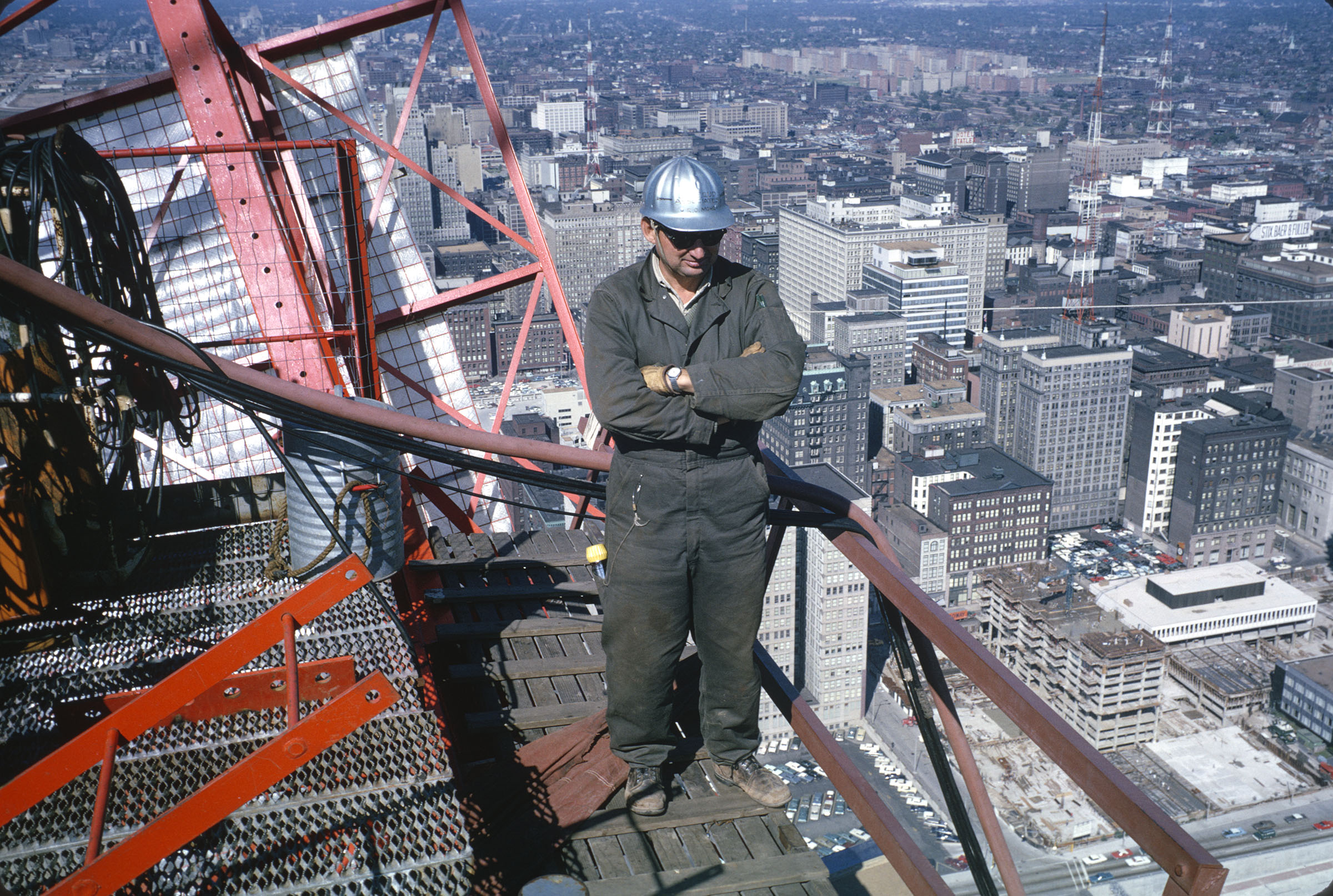 Monument to the Dream production photograph by Don Matthews

During production, Guggenheim made an editorial decision to parallel the drama of the construction process with the westward expansion of the pioneers. Construction of the 630-foot-tall steel-clad structure spanned more than two and a half years (1963-1965), and Guggenheim’s cameras followed the raw steel from its Pennsylvania origins where it was shaped on the factory floor to its journey by rail “moving westward at a pace the pioneers could not imagine, but on a path they had carved themselves.”

The iconic design by architect Eero Saarinen was a marvel of modern engineering, but for Guggenheim, it was the ironmen and welders who made this story an extension of an earlier American saga: “…men who were closer kin to the trappers and pioneers than they knew – they, too, were a mixed and scattered breed – men given to roaming and reshaping the face of the land.” 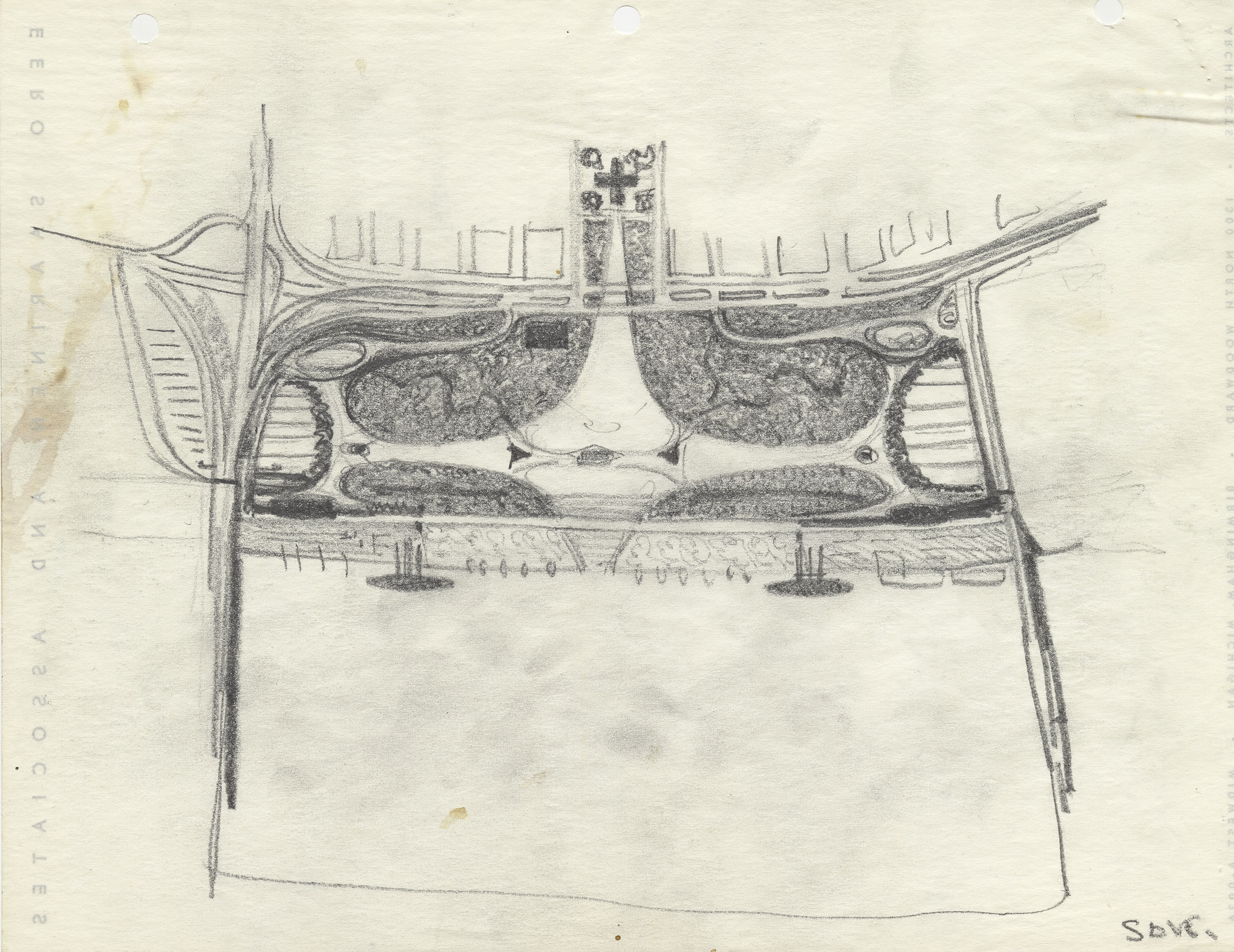 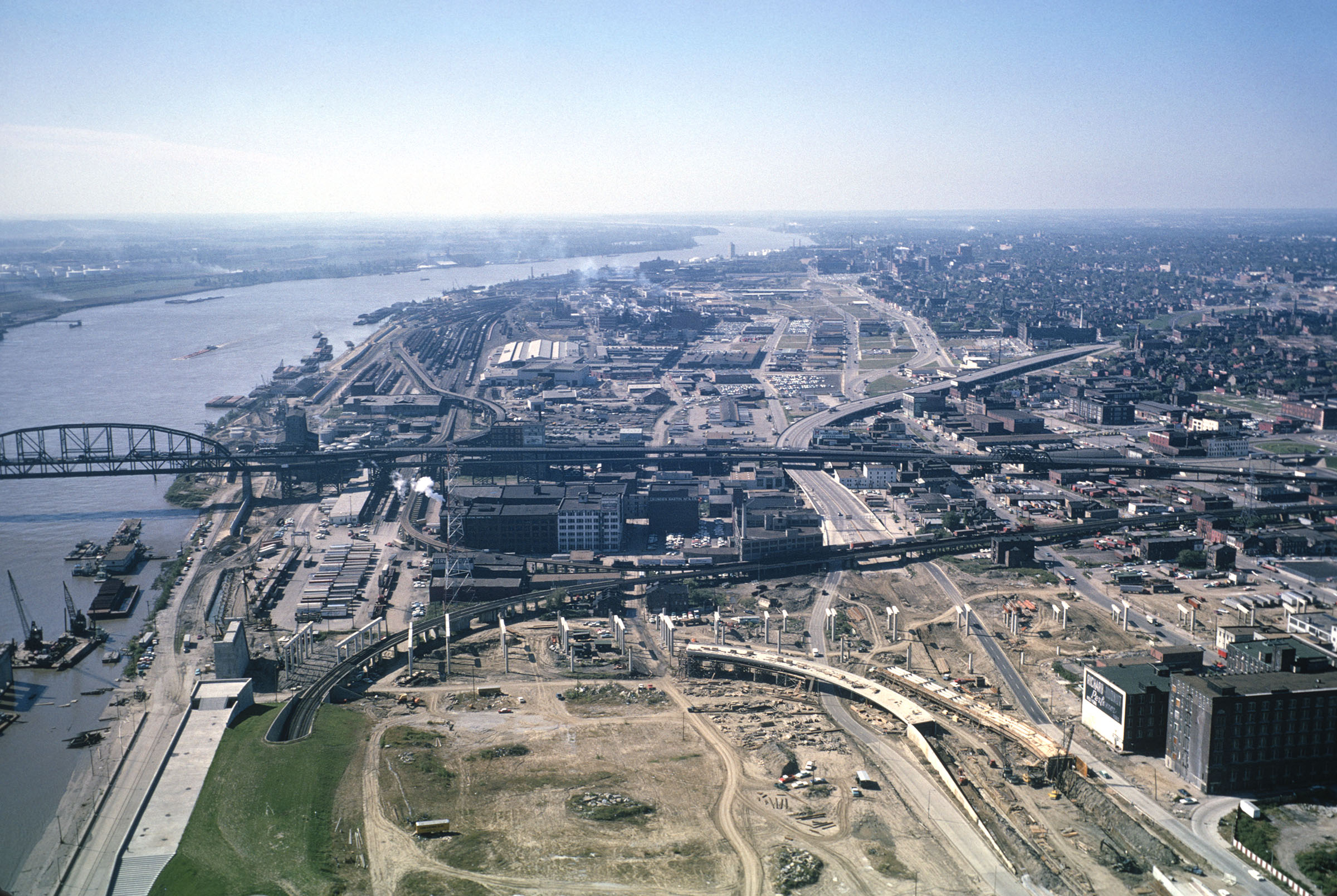 Monument to the Dream production photograph by Don Matthews

This approach to humanizing larger-than-life subjects would serve Guggenheim throughout his career. And while he would soon move his production offices to Washington, D.C., his early experiences in St. Louis would continue to impact his future work.

More than a decade after Monument to the Dream, Guggenheim was commissioned to make A Place to Be, a film documenting the design and construction of the National Gallery of Art’s East Building. In transcripts of interviews conducted with architect I.M. Pei, Guggenheim compared the challenges of this narrative to his experience with Monument: “Our struggle is going to be to try to find some kind of concept in this picture. We’re more inclined to feel that maybe it’s based on our experience in St. Louis – where we had something very dramatic.” 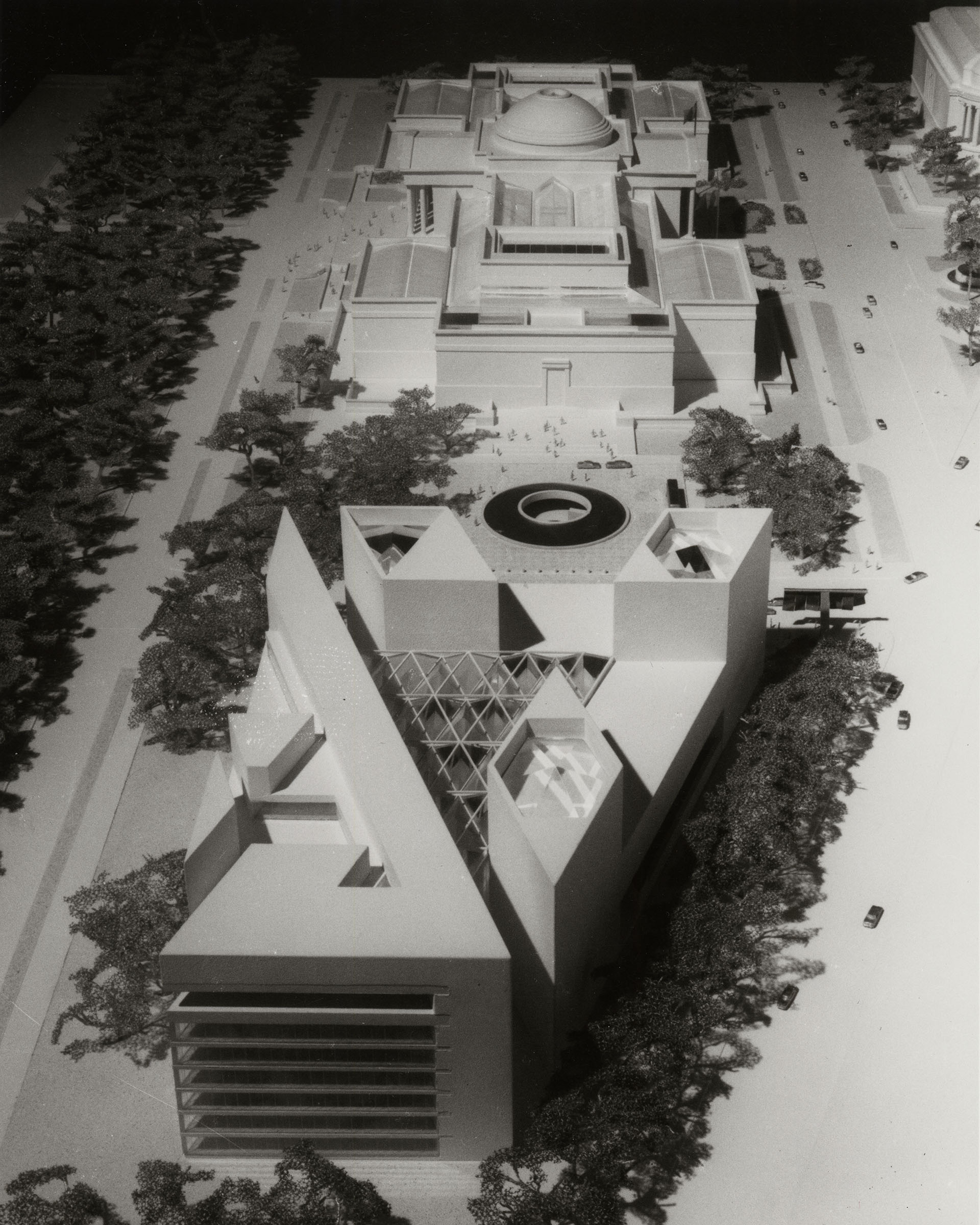 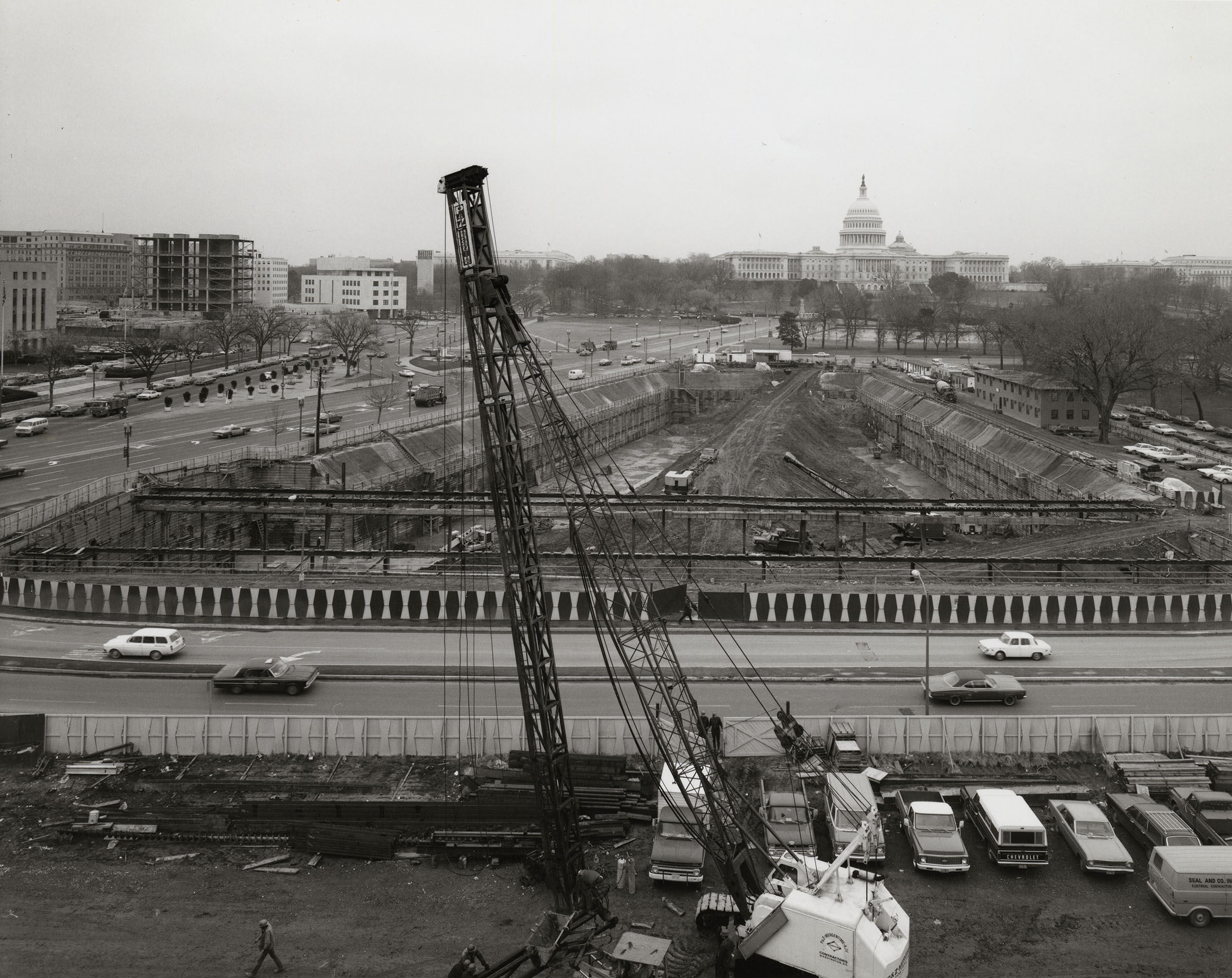 Using footage he shot over six years for A Place to Be, Guggenheim crafted a short film called National Gallery Builds, to be shown at the opening of the East Building. Workers are once again the central concern in National Gallery Builds; the majority of the film features shots of quarrymen, cabinetmakers and concrete pourers, along with montages of their faces and hands “working in tonnages, crafting in inches.” Footage of Pei and artists Henry Moore and Alexander Calder, who were commissioned to create artworks for the building, appear alongside the workers, but their contributions to the project are not elevated above them. The clink of a stone carver’s chisel etching the name of the building aptly echoes over the final credits.

Watch a video of the building process here.

In the 1980s, Guggenheim Productions was awarded an unprecedented grant from the National Endowment for the Arts to produce America by Design, a five-part educational series that aired on PBS. This series, hosted and written by architectural historian Spiro Kostof, was approached as an opportunity to engage Americans to think proactively about their relationship to the built environment by explaining its evolution in a socio-historical context. 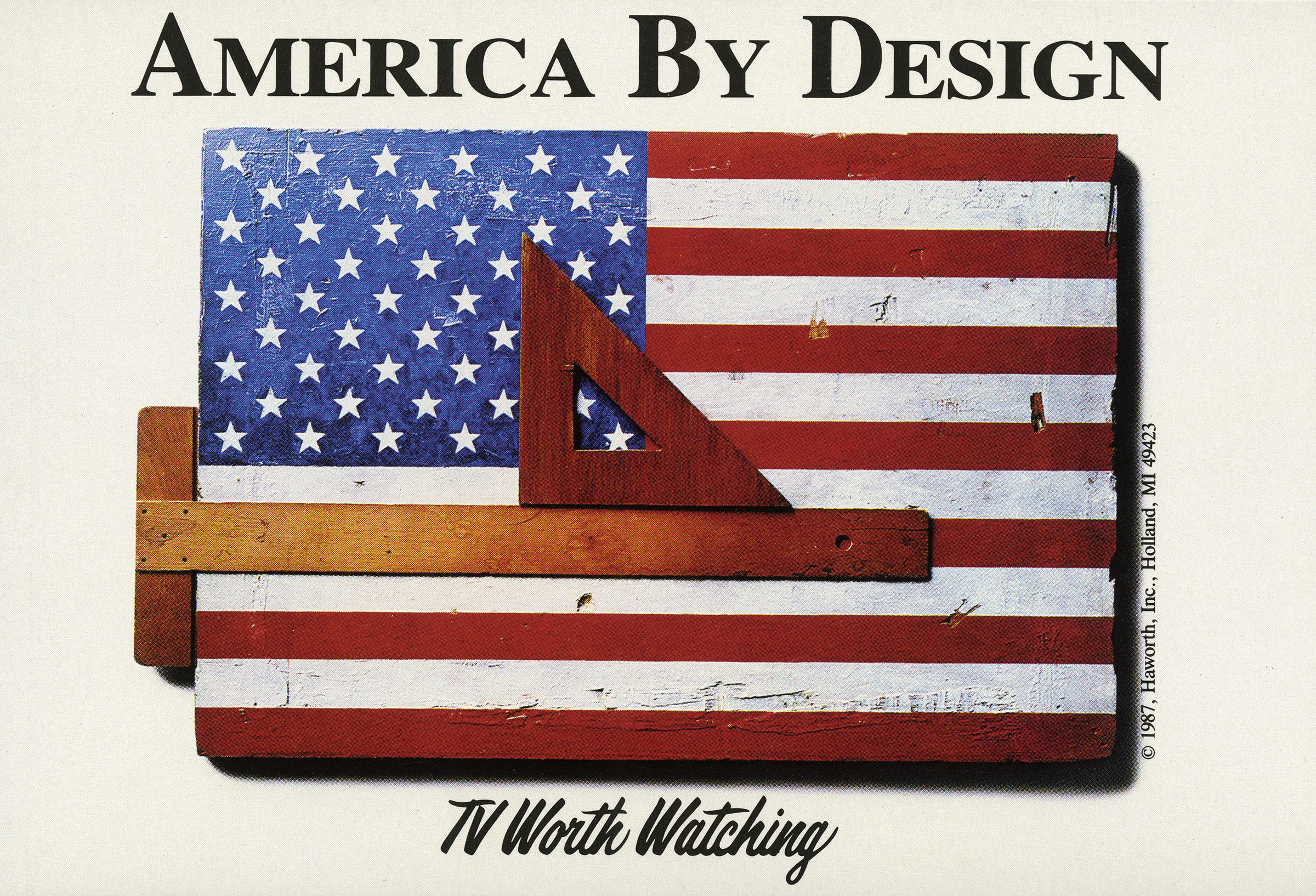 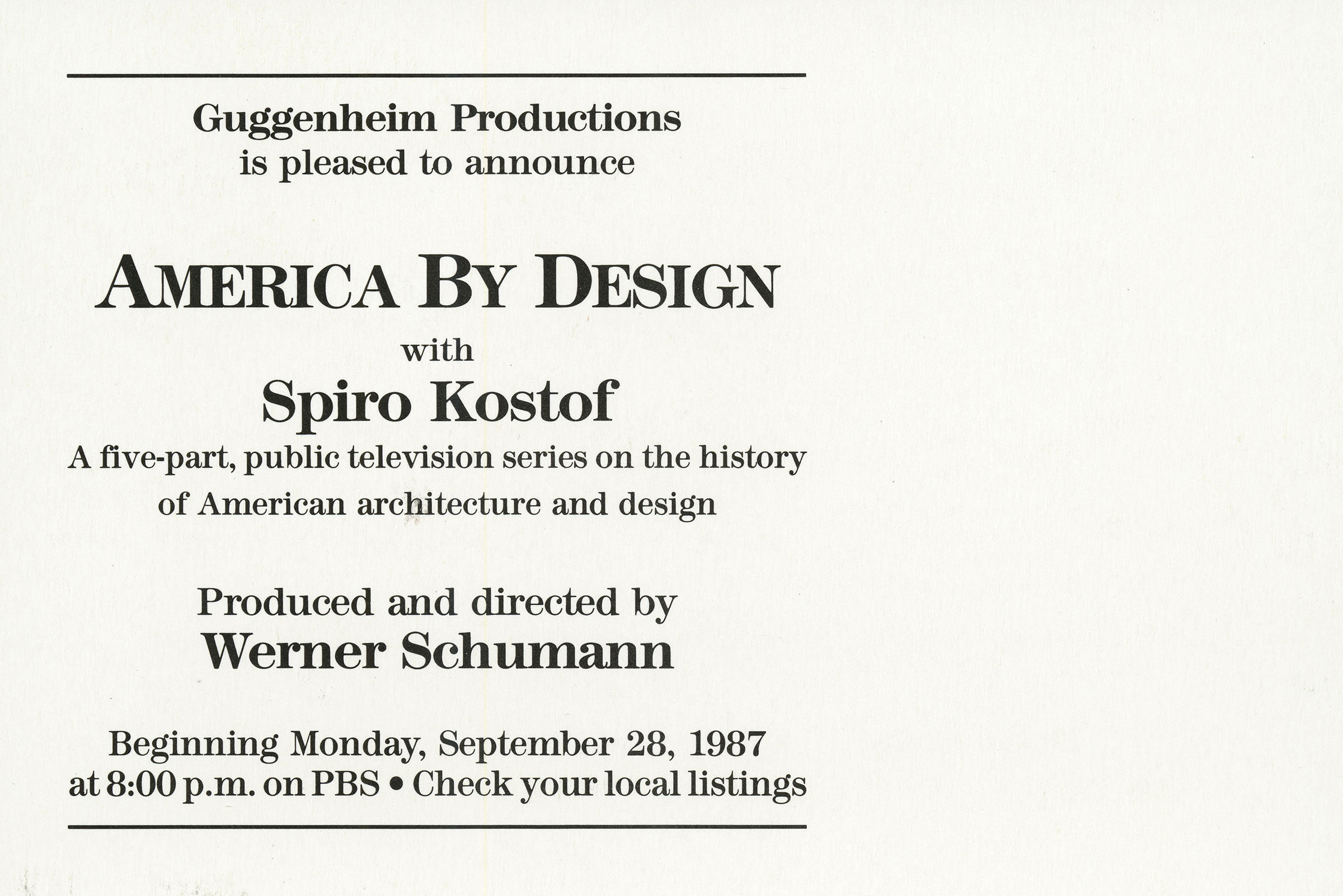 PBS announcement card for America by Design, front and back.

Each episode featured a different aspect of our landscape: “The House,” “The Workplace,” “The Street,” “Public Places and Public Monuments” and “The Shape of the Land.” Civic responsibility is evident in the concluding on-camera narration script for “The Street,” which reads:

We’re the ones who fill buildings and roads with life and so give value to these abstractions of architects and engineers. In the ways we use what is built and designed, in the demands we make and the changes we bring about, we’re all designers of America. On all of us falls the blame for what is ugly in our surroundings, what is inhumane and derelict. To us all belongs the credit for the beauty we fashion and the love, the excitement, the grace we put inside. 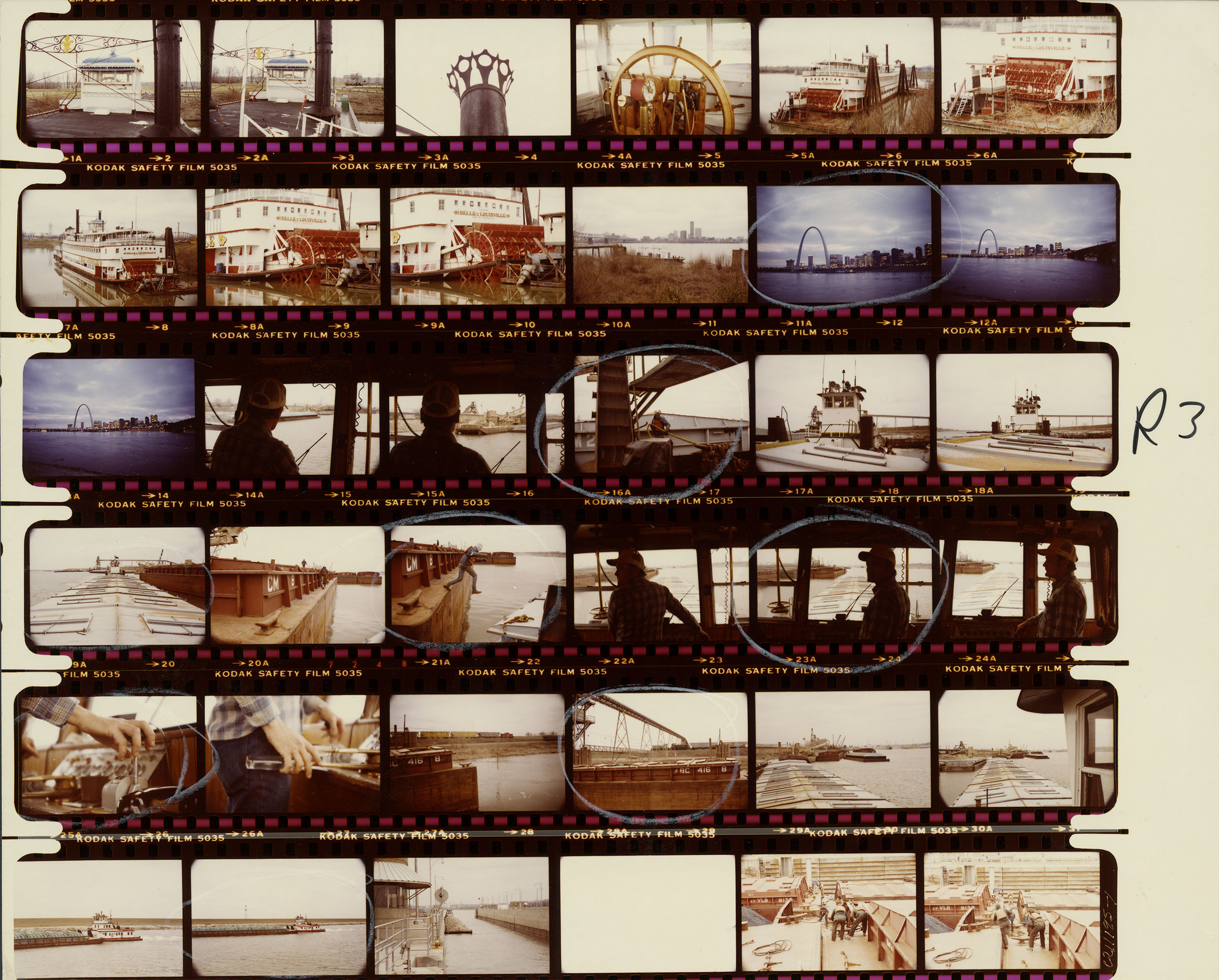 The script of “Public Places and Public Monuments” called Guggenheim back to St. Louis again. This time, two decades after Monument to the Dream, the Gateway Arch was used as an example of how times had changed to the extent that drew into question whether such a memorial would still be constructed. 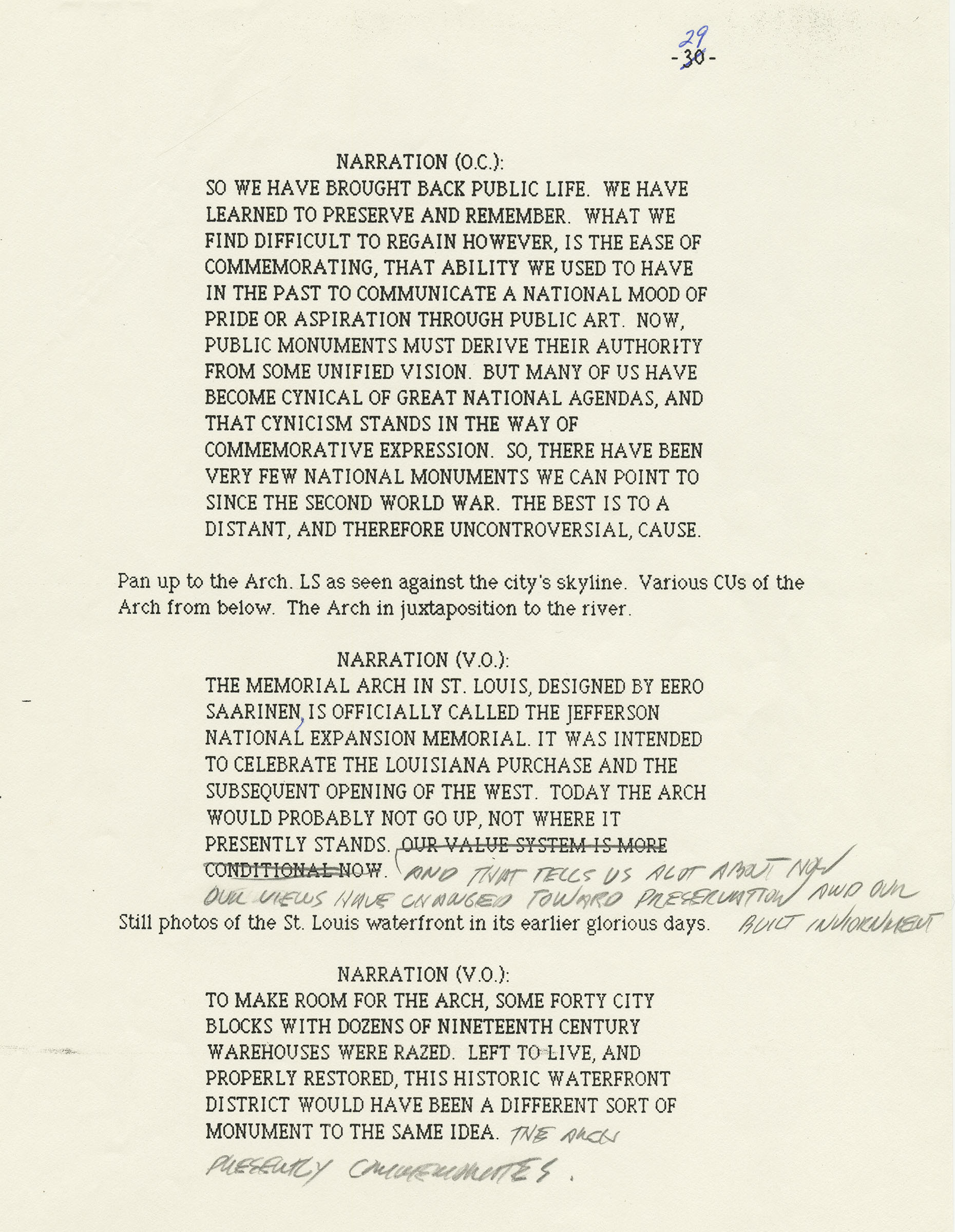 But the Arch was built and now stands as an indelible part of the American story. Monument to the Dream made it possible for every American to share in the love, excitement and grace of its construction. The film was recently digitally restored and continues to be screened daily at the Gateway Arch.

Souvenir ticket for inaugural ride to top of Gateway Arch issued to Charles Guggenheim, front and back 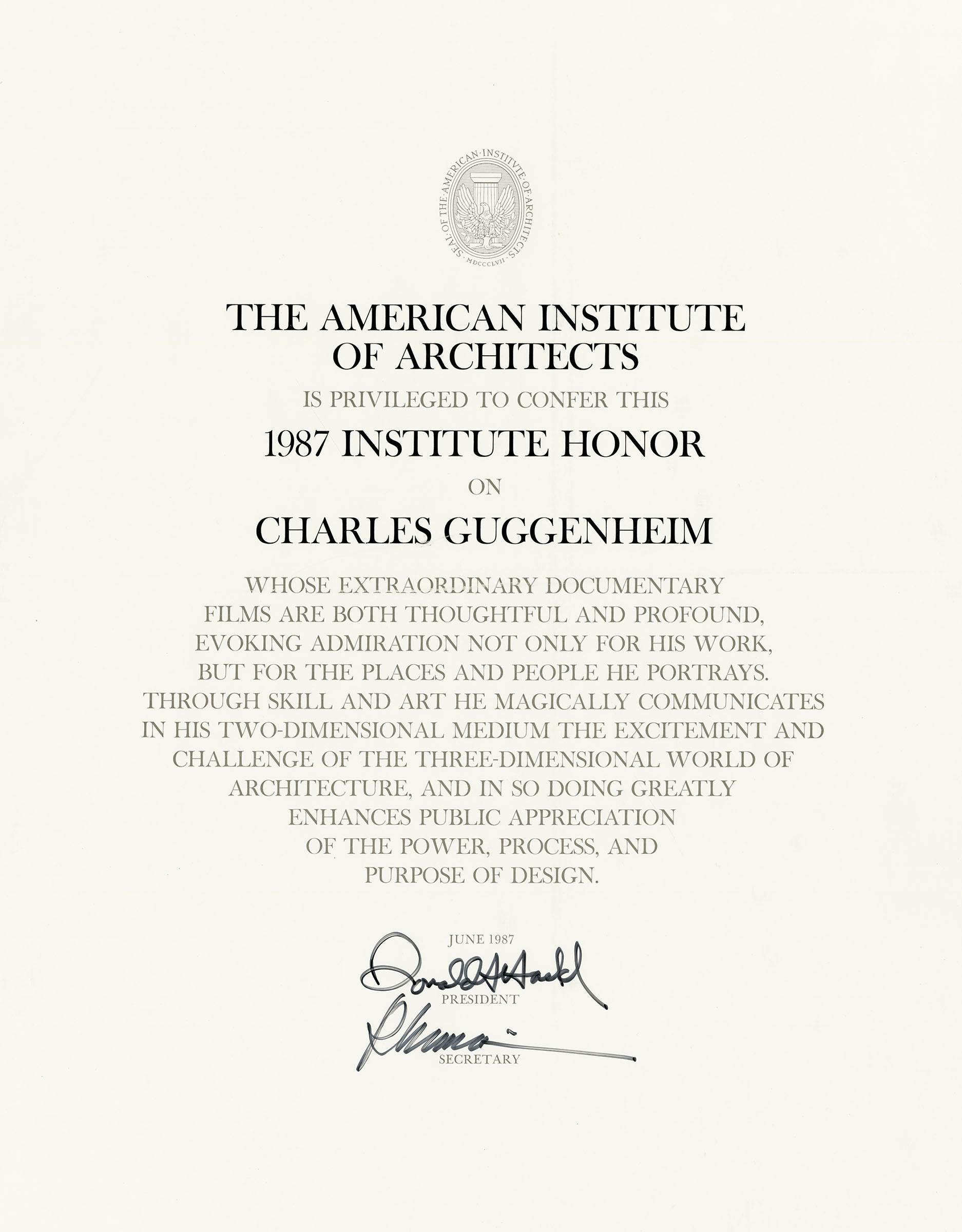 Certificate awarded to Charles Guggenheim by the American Institute of Architects, 1987

In 2004, the Academy Film Archive acquired the vast majority of Guggenheim’s collection, including prints of most of his films, as well as original negatives, outtakes and production materials. Read “The Charles Guggenheim and Robert F. Kennedy Story” to learn more about the Charles Guggenheim papers.

The Academy of Motion Picture Arts and Sciences’ preservation efforts are made possible in part by a grant from the National Historical Publications and Records Commission.