Home / News / All About One of Meghan Trainor's Favorite Songs

All About One of Meghan Trainor's Favorite Songs 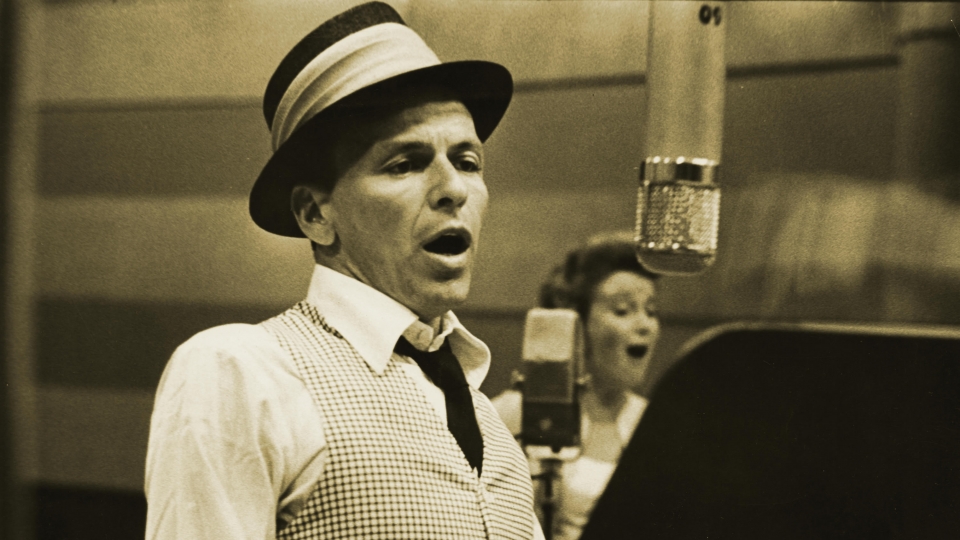 Meghan Trainor landed with a splash on the music scene with her hit song, “All About That Bass,” leaving many curious about the young singer-songwriter’s artistic influences. In an interview with Entertainment Weekly, it’s surprising that Trainor calls out not contemporaries like Katy Perry or Adele but the catchy lyrics and melodies sung by one of the world’s most famous crooners of all, Frank Sinatra, as among her inspirations. Discussing the lyric “You may hear angels cheer / ’Cause we’re together,” from the song “Come Fly With Me,” she told the magazine, “No one writes like that anymore, because it’s hard.”

Lyricist Sammy Cahn penned those memorable words—set to music by composer James Van Heusen—at the request of Sinatra himself to headline Ol’ Blue Eyes’ 1958 Capitol Records album, Come Fly With Me, which heralded exotic locales from Capri to Mandalay.

Five years later, the song inspired a film of the same name. Based on the 1960 novel Girl on a Wing, the film was promoted with images depicting three pretty airline stewardesses on a romantic spree through the Fun Capitols of the World. The sheet music cover incorporates the film’s poster art with an inset headshot of teen heartthrob Frankie Avalon, who sings the lyrics over the film’s opening titles:

Come fly with me!
Let’s fly! Let’s fly away!
If you can use some exotic views,
There’s a bar in far Bombay.

One of the most prolific and respected lyricists of his time, Sammy Cahn’s writing process both embraced and bucked convention. As he explains in the introduction to his Rhyming Dictionary, “away” and “Bombay” in this song are a natural pairing, but Cahn adds his own twist by slipping in an unexpected inner rhyme in the same line: following “bar” with “far.”

Astute listeners, however, will note that Sinatra actually sings “exotic views” as “exotic booze,” which actually causes the next line, “a bar in far Bombay,” to make more sense. Cahn, in fact, originally wrote “booze” but, concerned about censorship, provided “views” as an alternative.

The lyric recalled by Trainor in her interview comes from the bridge and was purposely written in a broad legato style to counter the short “notey” melody that accompanies the words “Let’s fly.” Further, Cahn matches the closing word of the bridge, “together,” with the opening word of the next section, “weather,” creating a smooth transition:

’Cause we’re together
Weather-wise, it’s such a lovely day!

For a Los Angeles screening of the film Come Fly With Me, a special preview invitation was issued in the form of a plane ticket for the fictitious M-G-M Airlines. This was back in the heyday of flight, before ticketless travel and no-frills airlines, and predated the debut of MGM Grand Air, an actual airline company, in the 1980s. The song also found airplay in another form as “Come Ride With Me,” a Pontiac Bonneville radio commercial in 1961 for dealer Peter Epsteen, seller of the stylish top-of-the-line wide-track car. This lyric sheet is in the Sammy Cahn papers in Special Collections at the Margaret Herrick Library along with hundreds of songs by Cahn, as well as books on the craft of songwriting that shed light on the lyricist’s profession.

Cahn also wrote "This Car's a Kick in the Head," intended for another Pontiac commercial, this one based on “Ain’t That a Kick in the Head?,” notably performed by Dean Martin, who, with Sinatra, was a member of the boozy-cool Rat Pack.

Often called parody songs, Cahn preferred the term special lyrics, since the words were written for a specific purpose such as parties, anniversaries, testimonials, and other special occasions for friends and VIPS, from political figures and titans of finance and industry to movie stars and celebrities. Writing a lyric for the ages is hard, but you have to begin somewhere. From an inauspicious start with the song “Where the Mountains Touch the Sky,” Cahn teamed with composer Saul Chaplin—then known as Saul Kaplan—to churn out hundreds of tunes during the 1930s.

For more than six decades, Cahn typically sat at a typewriter to bang out the lyrics, resulting in few handwritten lines. His custom of working the lyric inside his head before committing it to paper also resulted in surprisingly few drafts before a final lyric was achieved.

By the time he earned his first Academy Award statuette, for the title song from Three Coins in the Fountain (1954), Cahn had already logged more than 20 years in the business. This backstage photo from the 32nd Academy Awards shows Jimmy Van Heusen, left, and Sammy Cahn with their Oscars—Cahn is signaling this is number three—for “High Hopes," from A Hole in the Head.

Cahn’s advice to songwriters: your words must sing effortlessly and words will not sing unless they are properly wedded to the proper notes. Cahn was the consummate master, putting words to classics including “ Let It Snow,” “Call Me Irresponsible,” “It’s Been a Long, Long Time,” “(Chicago Is) My Kind of Town,” and “Love and Marriage.”

As a lyrist (his preferred term), Cahn was so prolific it’s difficult to imagine that the writing came hard. That said, he would probably be thrilled with Meghan Trainor’s assessment of his work.