Home / News / Across the World and Back: Rare 1920s and 1930s Footage from Aloha Wanderwell Baker

Across the World and Back: Rare 1920s and 1930s Footage from Aloha Wanderwell Baker 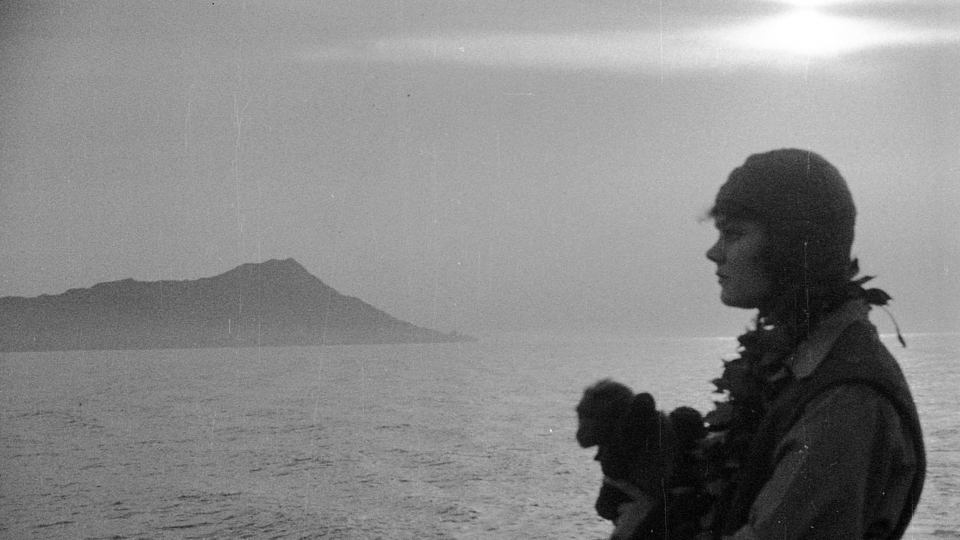 This rarely seen footage of adventure filmmaker Aloha Wanderwell Baker, the first woman to travel around the world by car, was recently preserved by the Academy Film Archive. The Aloha Wanderwell Film Collection at the Archive is a unique assortment of 16mm and 35mm films, revealing the story of Aloha’s around-the-globe adventures that captured the people, cultures and historical landmarks of five continents from the 1920s and 1930s.

Born in Canada as Idris Hall, Aloha was drawn to adventure and the thrill of traveling across uncharted roads in faraway lands very early in life. In 1922, with her mother’s permission, the precocious 14-year-old left school in the south of France to answer a newspaper ad seeking a secretary for a round-the-world expedition. She joined the Work Around the World Educational Club (WAWEC), created by self-proclaimed “Captain” Walter Wanderwell in 1919, which served to promote the newly formed League of Nations. Idris Hall took the stage name Aloha Wanderwell and become known as “the world’s most traveled girl.” 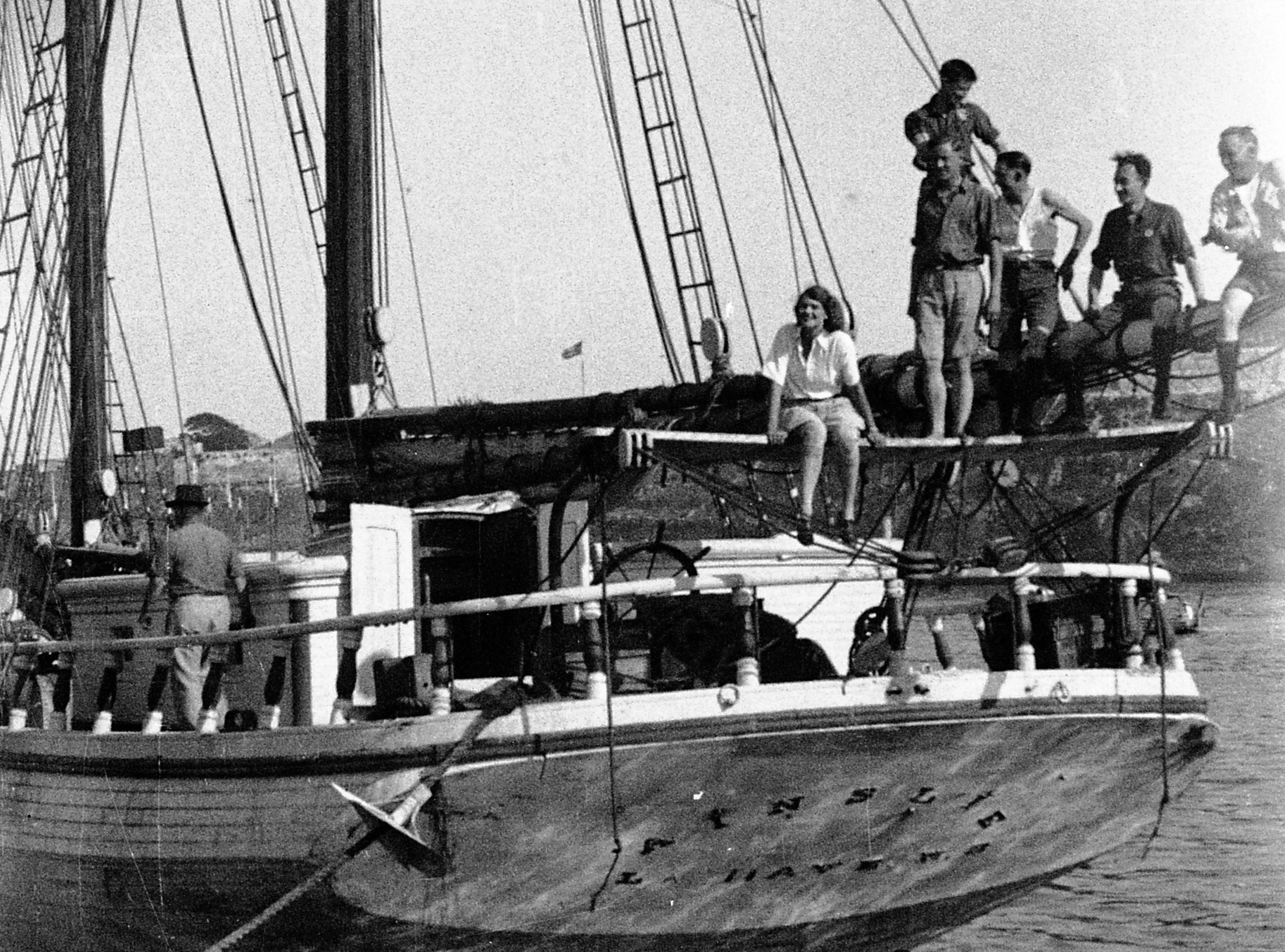 As Aloha crisscrossed 43 countries in a caravan of Ford Model Ts, her 6-foot-tall stature and commanding personality quickly elevated her role within the expedition to star and lead ambassador. Learning the filmmaking craft along the way, she served as camera assistant, cinematographer, editor, actress, screenwriter, interpreter, driver and negotiator. Aloha and the crew filmed on 35mm nitrate camera negative stock and documented such locales as Egypt’s Valley of the Kings and the Taj Mahal, as well as such events as Polish army maneuvers and a funeral procession in Peking. 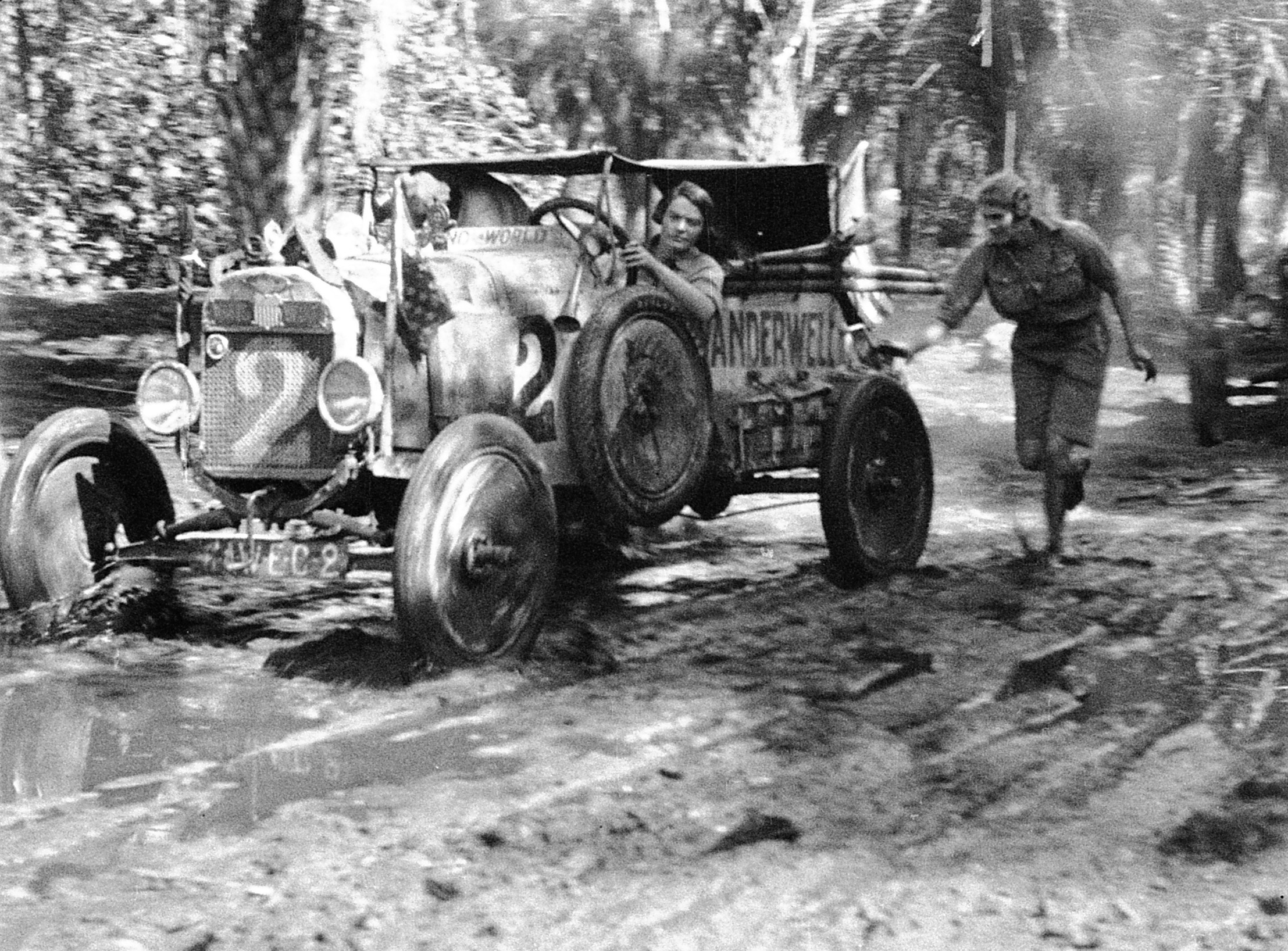 Along the world tour, Aloha and the Wanderwell crew had their film developed when they reached cities with a film laboratory and edited the best shots together to present in special engagement screenings. Screening venues varied from a grand movie palace in Istanbul to a makeshift, tin shack theater near a diamond mine in Africa. These screenings, the sale of souvenir pamphlets and partnering with local merchants to promote their businesses at screenings helped fund the world tour.

Upon completion of the expedition, the Wanderwell crew arrived in Los Angeles in 1925 and compiled the three years’ worth of footage that would later become their first feature-length silent film, With Car and Camera around the World (1929). Aloha and Walter (now married) presented the film together as part of an American tour and lecture series. 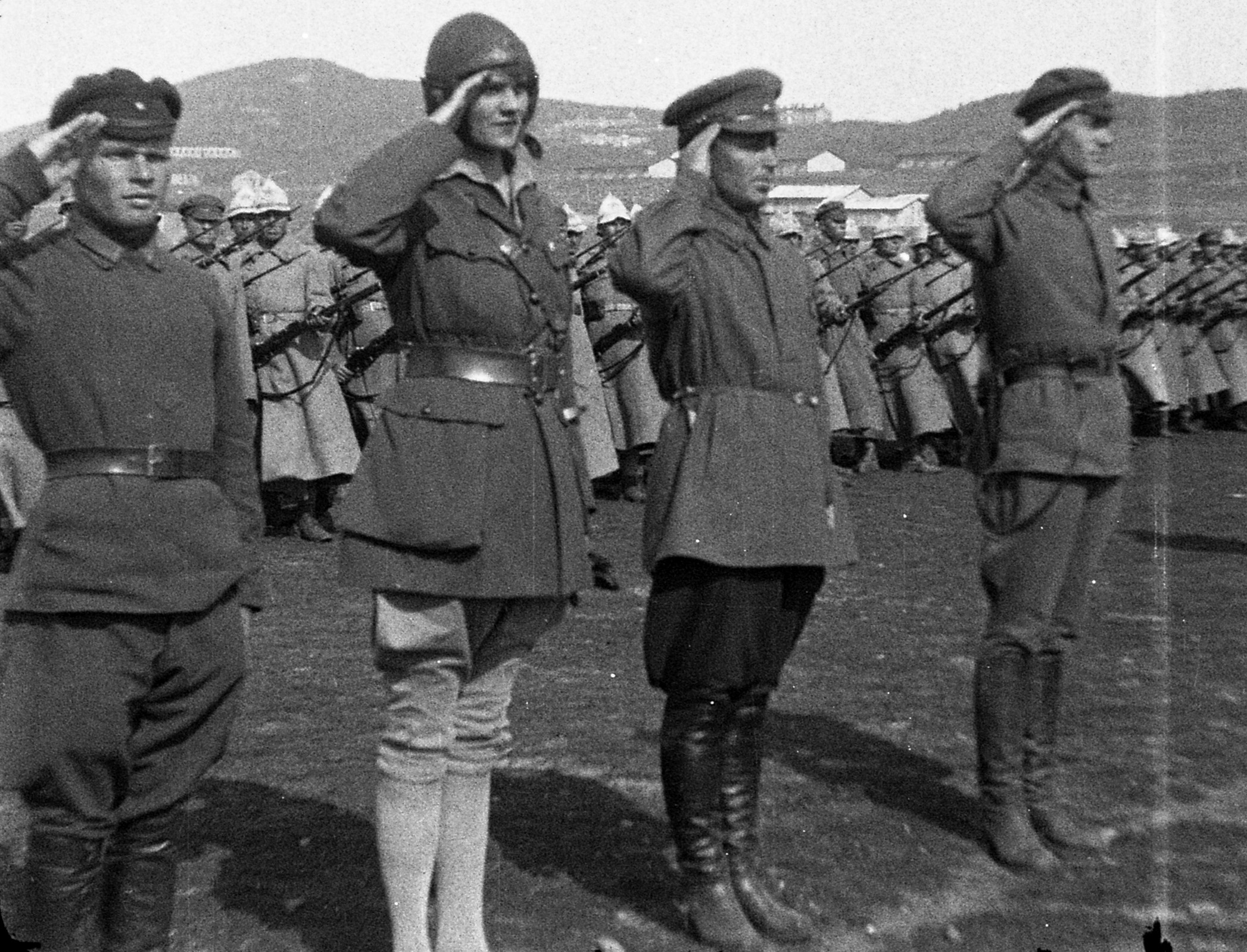 The Wanderwells continued to travel and capture distinct landmarks and cultures on film, most notably during a trip in 1930 to Brazil. The moving images made during this journey to the state of Mato Grosso captured the Bororo people, an indigenous tribe. This trip marked the first time that the community, as well as its daily life and customs, was documented on film. Aloha used the footage from this trip to create multiple films, including The Last of the Bororos, The River of Death and Flight to the Stone Age.

Shortly after he and Aloha returned to the United States, Walter Wanderwell was murdered in 1932. The following year, Aloha married Walter Baker. As Aloha Wanderwell Baker, she continued to spread her fame as a seasoned adventure filmmaker with additional travels and subsequent lectures through the 1970s. Aloha continuously re-edited and presented her films and speeches to fit the audience. 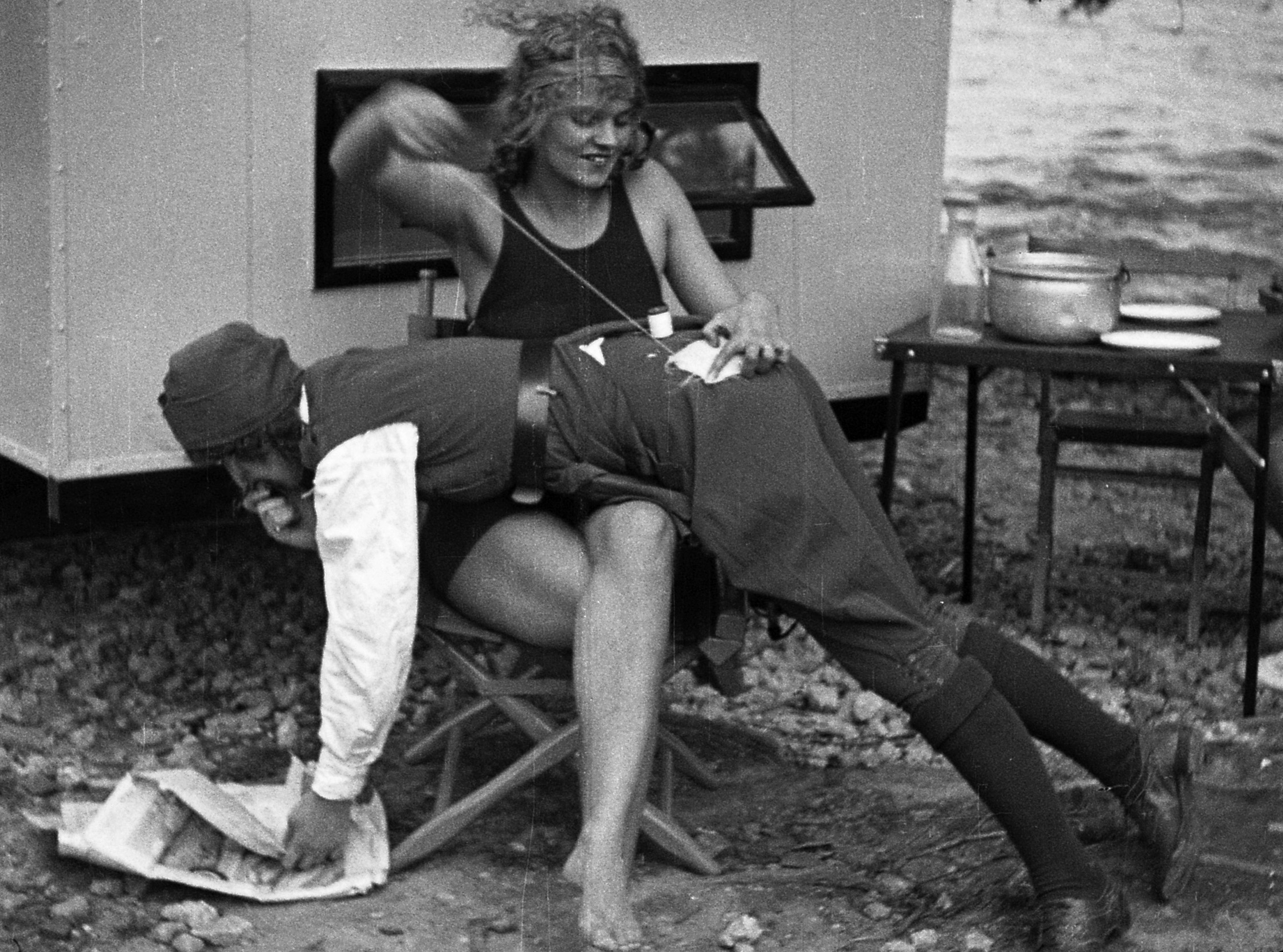 Aloha began to wind down her lectures and screenings by the 1980s and shift her focus to the long-term care and preservation of her film collection. Carefully selecting footage she believed appropriate for the receiving organization, Aloha donated portions of her collection to several institutions, including the Academy.

The processing and inventory of the collection required the expertise of a team of archivists and preservationists at the Archive to carefully inspect the film elements while conducting background research and communicating with other institutions with film holdings of Aloha’s films, as well as seeking much insight from the Nile Baker Estate. 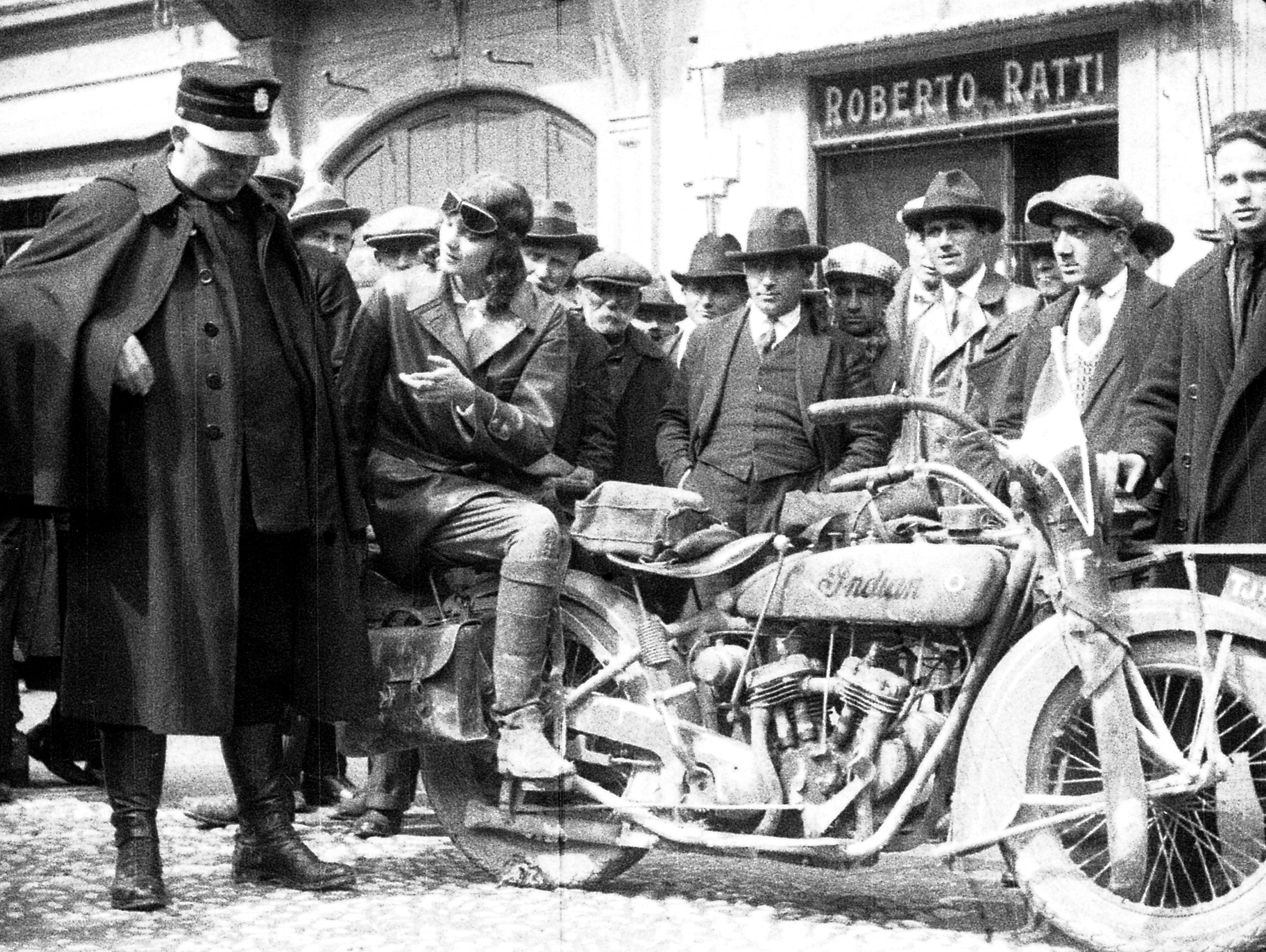 These efforts provided the proper background and context for the donation as well as prioritization for preservation efforts.  Aloha’s initial 1985 donation to the Academy (preserved by the Academy Film Archive in 2014), contains both edited and unedited shots primarily for With Car and Camera around the World in addition to a few sequences and outtakes from other films, including The Last of the Bororos (1931), The River of Death (1934) and To See the World by Car (1937). The Archive recently received a large donation of the remainder of Aloha’s film collection from the Nile Baker Estate. Processing, evaluation and preservation of this recent donation is currently underway.

Aloha Wanderwell Baker’s only sound film, The River of Death (1934), can now be seen online at the Library of Congress.

Special thanks to Richard Diamond and Alan Boyd.