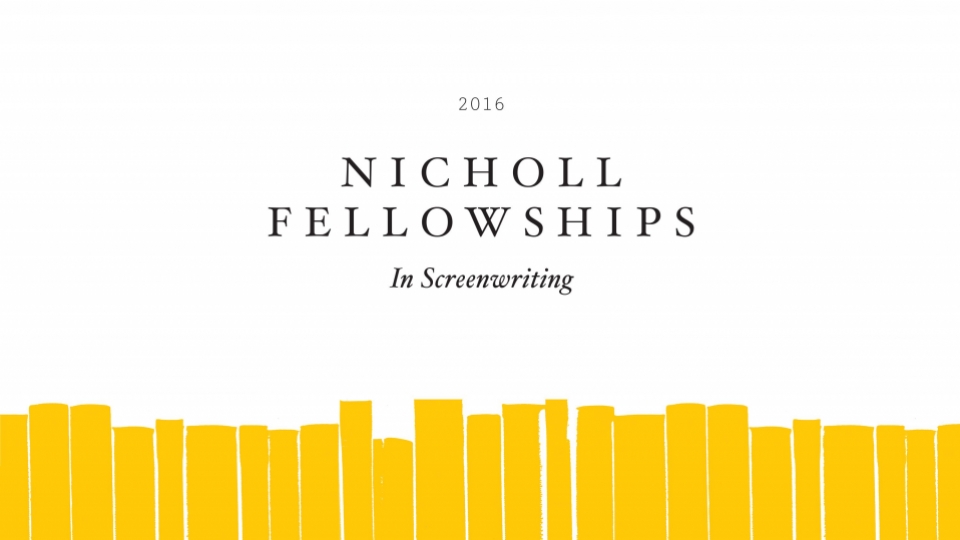 The 2016 winners are (listed alphabetically by author):

A total of 6,915 scripts were submitted for this year’s competition.  Eleven individual screenwriters and one writing team were selected for the shortlist.  Their scripts were then read and judged by the Academy Nicholl Fellowships Committee, who ultimately voted the winners.

The other finalists are (listed alphabetically by author):

Fellowships are awarded with the understanding that the recipients will each complete a feature-length screenplay during their fellowship year.  The Academy acquires no rights to the works of Nicholl fellows and does not involve itself commercially in any way with their completed scripts.

The global competition, which aims to identify and encourage talented new screenwriters, has awarded 147 fellowships since it began in 1986.  In 2016 several past fellows added to their feature film and television credits:

Tickets for the 2016 Academy Nicholl Fellowships in Screenwriting Awards Presentation & Live Read are now available at Oscars.org/Events.  Casting for the live read will be announced at a later date.