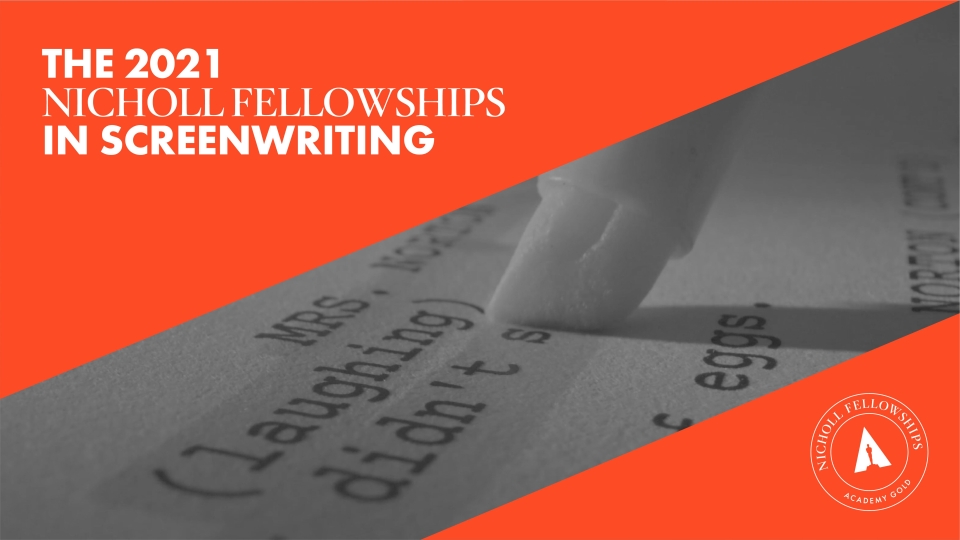 Each grouping of scripts below is listed in alphabetical order by last name.

Byron Hamel
Shade of the Grapefruit Tree
Drama, Violent
When a severely abused white boy befriends his sci-fi obsessed Black landlady, his fantasy of becoming a robot empowers him to recklessly confront his murderous stepdad.

Haley Hope Bartels
Pumping Black
Thriller, Sports
After a desperate cyclist takes up a team doctor’s dangerous offer, he seems on course to win the Tour de France. But as the race progresses and jealous teammates, suspicious authorities, and his own paranoia close in, he must take increasingly dark measures to protect both his secrets and his lead.

Karin delaPeña Collison
Coming of Age
Drama, Historical/Period, Comedy, Coming of Age
In 1965 Britain, Charlotte, a sheltered, studious schoolgirl, lands on a British Farce tour her mother stage manages, where private tutoring by company members replaces her formal schooling, with surprising success, and she experiences a Lolita-like flirtation in the morally wobbly era of Free Love, which leads both her and her mother to ‘come of age.’

Laura Kosann
The Ideal Woman
Drama, Historical/Period, LGBTQIA+
Set in American suburbia during the Cuban Missile Crisis: A 1960’s ex-actress and housewife finds her house-of-cards world begin to tumble as she continues to be pitted against two identities.

Aaron C. Wong
Garamba
Drama
When his hatred of elephant poaching leads to a tragic ambush, a guilt-ridden ranger in Congo must work with a vindictive poacher from his past to save a friend mortally wounded in the attack, returning to the park he once patrolled now as a hunted man.

Adam Everett
Aurora
Drama, Comedy
A schizophrenic man struggles to date a carefree pizza girl due to his imaginary roommates.

Jesse White
Stronghold
Drama, Action/Adventure, Thriller
Amidst the growing violence and desperation of a collapsing society, a man struggles to keep his family safe when their isolated, self-reliant existence is challenged by another family in need.

Michael Ouzas
Third Man
War, Coming of Age, Historical/Period, Drama, Action/Adventure
WWI, France: after a young English soldier falls in love with the German prisoner he's tasked with interrogating, he must choose between his heart and saving the lives of thousands of his countrymen.

Takeo Hori
American Infamy
Drama, War, Historical/Period
When a Japanese American teenager and his family is sent to an American concentration camp following the attack on Pearl Harbor, two brothers take radically different paths in their efforts to prove they are true Americans.

Antony Redman & Steph Song
Nanshoku
Drama, Action, LGBTQIA+, Historical/Period
Two Samurai face off in a relentless duel. Bounded by their famously strict code of honour, each man must ensure the other’s destruction. There is one awful complication. They are lovers.

B. Jack Azadi
From the Shadows to the Sun
Drama, War
Five years after she escaped ISIS, a fearsome soldier from an all-female unit searches the collapsing caliphate for the sister she left behind.

Ben Weiss
Safe Havens
Drama, LGBTQIA+, Coming of Age
Safe Havens is a drama about a student-teacher debate over the Israeli-Palestinian conflict that spirals out of control and unearths an ugliness that lies within a seemingly progressive institution.

Benjamin Christopher
Redux
Science Fiction, Thriller, Drama, Action/Adventure
When a damaged, ruthless federal officer discovers her late father invented a “restore point” in time, she travels back 20 years and has only one day to stop a terrorist attack that will bring the country to its knees.

Bradley Kaaya Jr.
Coyote
Western, Action/Adventure, Crime/Noir, Historical/Period, Serial Killer
1873. A Black ex-cavalry sergeant and a female Comanche tracker must overcome their disdain for each other in order to catch an enigmatic serial killer known as, "THE COYOTE".

Brent Delaney
We Are Living Graves
Drama
A struggling addict working at a factory farm steals a pig for his young daughter’s birthday, but raising it forces him to confront the brutality of his job and the trauma it’s caused.

Carmen Emmi
Plainclothes
Drama, Thriller, Historical/Period, Coming of Age, LGBTQIA+
In 1997, a promising undercover officer assigned to lure and arrest gay men, defies professional orders when he falls in love with a target.

Chad Mathews
The Lion Makoi
Drama
Tormented by visions of his dark past, a young artist from South Sudan struggles to maintain his balance as he navigates his quest to gain U.S. citizenship, newfound love, and his "one-shot" at fame and fortune.

Christopher James Murray
Sojourn
Thriller, Historical/Period, Western, Drama, Adventure
Amid the chaos of the civil war, an escaped slave teams up with a burnout actor on an epic odyssey across the war-torn south to find her sister and escape to freedom, but their plans are thwarted when they fall prey to a family of manipulative abolitionists.

Curt Stedron
Donor
Drama
A young single mother, grieving over her son’s death, must battle to deliver his donated heart to its matched recipient after it is hijacked by a vengeful father driven to stop the heart from reaching the man who killed his daughter.

Dan T. Fraser
Gunship
War, Action, Adventure, True Story, Drama
Grounded for insubordination, a tenacious WII pilot repairs a junkyard bomber and recruits a crew of misfits who volunteer for suicide missions and miraculously survive to become the most decorated aircrew in US history. Based on a true story.

David Hudacek
The Scouts
War, Coming of Age, True Story, Drama
After her sister’s execution, a pregnant teenager joins the 1944 Warsaw uprising against the Nazis. Based on true events involving the Scouts- kids and teens who fought in the resistance during WWII.

Deirdre Brenner & Jillian Reilly
Black Sea Rose
Drama, Historical/Period, True Story
Haunted by her daughter's death, a hairdresser flees her sheltered life in Texas to rescue HIV+ orphans in dangerous post-Communist Romania where hostile adversaries threaten not only the children's survival, but her own. Based on a true story.

Dominic Leyton
Son This Is She
Drama, LGBTQIA+, Comedy
A Gulf War Veteran suffering from PTSD and a trans social media star team up on a road trip to see the dying woman who profoundly connects them, taking on the woman's prejudiced family and their own misjudgments about each other in the process.

Gentry Ferrell
In the Land of Monster and Beggars
Thriller
A dying small town Sheriff, investigating the disappearance of a young girl, comes to realize his final case may open the door to solving a haunting memory from his past.

Guy Patton
Dark Ages
Thriller, Science Fiction, Horror
In a bleak near future, a woman desperate to forget her past must protect her estranged family from a biological weapon that erases memory and causes violent dementia, turning loved ones into strangers and civilized people into monsters.

Jamie Murphy
The Camera
Drama
Brought together by a broken format film camera, an unlikely friendship between a kind old electrical repair shop owner and a little boy who cannot hear, helps a struggling west of Ireland fishing village to find its soul, and a wayward mother to find her way back to her son.

Joe Collevecchio
Rotholc
Drama, Sports, Historical/Period, True Story
On the eve of the Second World War, a down-on-his-luck Jewish boxer risks expulsion from his community when he decides to take on the reigning Nazi champion to restore his tarnished name and the honor of his people.

Joey Day Hargrove
Highway to Heck
Comedy, Adventure
When a desperate and lonely bank robber chooses the wrong hostage, he ends up stuck with the most unexpected partner in crime: a sheltered, uber-Christian teenage girl hellbent on saving his soul.

Julia Doolittle
FDR Wrote a Screenplay
Comedy, True Story, Historical/Period
In 1923, a female film executive’s dreams of running the studio are derailed when she starts working with a downtrodden politician who dreams of Hollywood fame.

Kryzz Gautier
Wheels Come Off
Science Fiction, Action, Comedy, LGBTQIA+, Drama
In the year 2065, a fiery teenager with a wild imagination, her paraplegic mom, and their clueless robot struggle to navigate the post-apocalypse; but when the mother’s wheelchair breaks, the trio must venture out into the dangerous “outside” for a chance to survive.

Mason Thomas Freeman
Jubilee
Drama, Historical/Period
Inspired by the return of a free-slave to their plantation, a family of slaves raises up and claims their freedom.

Robert Lawton
Becoming Rocky
Drama, True Story
The unbelievable yet true story of million-to-one underdog Sylvester Stallone & his journey from homeless in NYC, to writing and starring in the legendary film "Rocky".

Rodrigo Barriuso & Kyah Green
Neverman
Drama, LGBTQIA+
When Alzheimer's lands her in a hostile nursing home, a long-retired transgender activist must fight her last battle for dignity before dementia makes it impossible to win.

Shohreh Amirzafari Harris
Yankee Goes Home
Action, Adventure, Historical/Period, Action/Adventure
In the dawn of the 1979 Islamic Revolution, an Iranian girl teams up with an American spy to escape the nascent brutal regime.

Stacie Shellner
Release
Drama, Sexual/Erotic, Comedy
A playboy with a fetish for being spanked navigates the aftermath of his mother's death with the help of a mousy mortician with ulterior motives.

Steven Robillard
The Up and Up
Drama, Comedy, LGBTQIA+
When Stella Cadence learns that her estranged son died while summiting Mount Everest, she proclaims an absurd mission to climb the mountain and recover his remains.

Steven Markowitz
In Flames
Drama, Historical/Period, True Story
On April 15, 1945, a skeleton of a girl named Magda was liberated from the Bergen-Belsen concentration camp, left in a world she was never taught to understand. Now, 74 years later, she embarks on an odyssey of dreams and memories through the houses she built.

Susan Brunig
The Surveillance of Ordinary Things
Drama
A middle-aged, suburban housewife decides to run away and end it all until she stumbles upon an unplugged community of creative misfits and rediscovers the artist she once was.

Svilen Kamburov
King's Heart
War, True Story, Drama, Historical/Period
The king of a small and forgotten country risks everything to defy Hitler to save his entire Jewish population.

Taylor Hopkins
Stagecoach Mary
Western, Historical/Period, True Story, Adventure, Action
In a majority white 1885 Montana, a hard-drinking, cigar smoking black woman uses her rifle and rugged nature to defend a convent of nuns against the perils of the Wild West.

Todd Scheiperpeter
Par 3
Drama, Comedy, Coming of Age, LGBTQIA+
In the wake of a devastating medical diagnosis, lifelong friends Jessie and Jason, both desperate for change, leave behind their mundane jobs at a miniature golf course in a suffocating Midwest town to search for clarity and hope on a tumultuous road trip to the East Coast.

Tricia Lee
Good Chance
Drama, Comedy
This comedic drama is about a feisty transgender teen who saves a church-going, undocumented Asian woman escape deportation, and they form an unlikely friendship that helps them heal the rifts in their own mother daughter relationships.

Wilandrea Blair
West Women
Drama, Action, Western, Historical/Period
After her daughter is brutally killed by a notorious gang, a God-fearing widow gathers an untrained posse of other African American women in her deadly quest for vengeance across the Wild West.

Woody Bess
The Second Best Astronaut in the Universe
Science Fiction, Comedy, Romantic Comedy
After the world destroys itself in nuclear war, two rival astronauts, the last survivors of Earth, must learn to work together (and probably have sex) in order to save the human race.