18 SCIENTIFIC AND TECHNICAL ACHIEVEMENTS TO BE HONORED WITH ACADEMY AWARDS 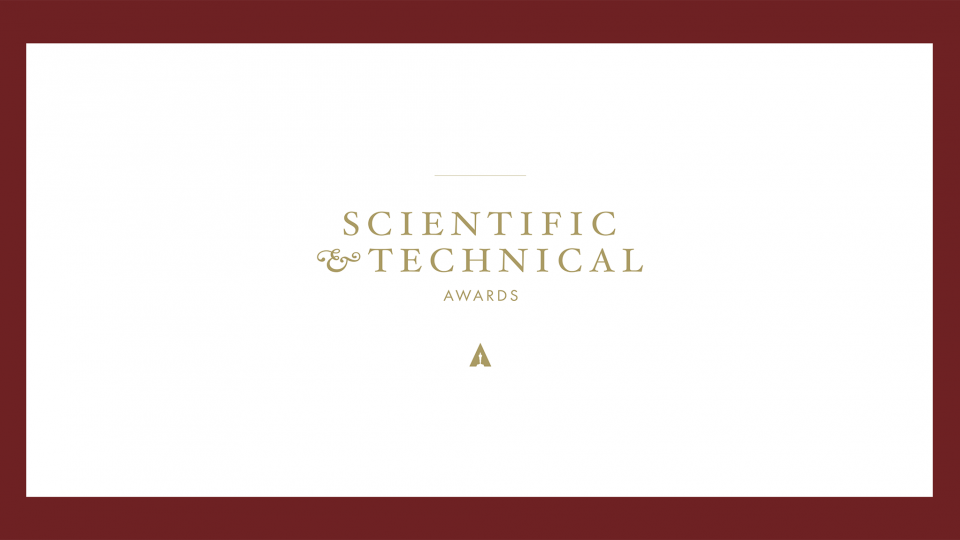 The Academy of Motion Picture Arts and Sciences announced today that 18 scientific and technical achievements represented by 34 individual award recipients, as well as five organizations, will be honored at its annual Scientific and Technical Awards Presentation on Saturday, February 11, 2017 at the Beverly Wilshire in Beverly Hills.

“This year we are particularly pleased to be able to honor not only a wide range of new technologies, but also the pioneering digital cinema cameras that helped facilitate the widespread conversion to electronic image capture for motion picture production,” said Ray Feeney, Academy Award® recipient and chair of the Scientific and Technical Awards Committee. “With their outstanding, innovative work, these technologists, engineers and inventors have significantly expanded filmmakers’ creative choices for moving image storytelling.”

Unlike other Academy Awards to be presented this year, achievements receiving Scientific and Technical Awards need not have been developed and introduced during 2016. Rather, the achievements must demonstrate a proven record of contributing significant value to the process of making motion pictures.

The Academy Awards for scientific and technical achievements are:

To Thomson Grass Valley for the design and engineering of the pioneering Viper FilmStream digital camera system.

To Larry Gritz for the design, implementation and dissemination of Open Shading Language (OSL).

OSL is a highly optimized runtime architecture and language for programmable shading and texturing that has become a de facto industry standard. It enables artists at all levels of technical proficiency to create physically plausible materials for efficient production rendering.

To Carl Ludwig, Eugene Troubetzkoy and Maurice van Swaaij for the pioneering development of the CGI Studio renderer at Blue Sky Studios.

To Brian Whited for the design and development of the Meander drawing system at Walt Disney Animation Studios.

To Mark Rappaport for the concept, design and development, to Scott Oshita for the motion analysis and CAD design, to Jeff Cruts for the development of the faux-hair finish techniques, and to Todd Minobe for the character articulation and drive-train mechanisms, of the Creature Effects Animatronic Horse Puppet.

To Glenn Sanders and Howard Stark for the design and engineering of the Zaxcom Digital Wireless Microphone System.

The Zaxcom system has advanced the state of wireless microphone technology by creating a fully digital modulation system with a rich feature set, which includes local recording capability within the belt pack and a wireless control scheme providing real-time transmitter control and time-code distribution.

To David Thomas, Lawrence E. Fisher and David Bundy for the design, development and engineering of the Lectrosonics Digital Hybrid Wireless Microphone System.

The Lectrosonics system has advanced the state of wireless microphone technology by means of an innovative digital predictive algorithm to realize full fidelity audio transmission over a conventional analog FM radio link, by reducing transmitter size, and by increasing power efficiency.

To Parag Havaldar for the development of expression-based facial performance-capture technology at Sony Pictures Imageworks.

To Nicholas Apostoloff and Geoff Wedig for the design and development of animation rig-based facial performance-capture systems at ImageMovers Digital and Digital Domain.

These systems evolved through independent, then combined, efforts at two different studios, resulting in an artist-controllable, editable, scalable solution for the high-fidelity transfer of facial performances to convincing digital characters.

To Kiran Bhat, Michael Koperwas, Brian Cantwell and Paige Warner for the design and development of the ILM facial performance-capture solving system.

This system enables high-fidelity facial performance transfer from actors to digital characters in large-scale productions while retaining full artistic control, and integrates stable rig-based solving and the resolution of secondary detail in a controllable pipeline.

To ARRI for the pioneering design and engineering of the Super 35 format Alexa digital camera system.

With an intuitive design and appealing image reproduction, achieved through close collaboration with filmmakers, ARRI’s Alexa cameras were among the first digital cameras widely adopted by cinematographers.

To RED Digital Cinema for the pioneering design and evolution of the RED Epic digital cinema cameras with upgradeable full-frame image sensors.

To Sony for the development of the F65 CineAlta camera with its pioneering high-resolution imaging sensor, excellent dynamic range, and full 4K output.

To Panavision and Sony for the conception and development of the groundbreaking Genesis digital motion picture camera.

Using a familiar form factor and accessories, the design features of the Genesis allowed it to become one of the first digital cameras to be adopted by cinematographers.

To Marcos Fajardo for the creative vision and original implementation of the Arnold Renderer, and to Christopher Kulla, Alan King, Thiago Ize and Clifford Stein for their highly optimized geometry engine and novel ray-tracing algorithms which unify the rendering of curves, surfaces, volumetrics and subsurface scattering as developed at Sony Pictures Imageworks and Solid Angle SL.

Arnold’s scalable and memory-efficient single-pass architecture for path tracing, its authors’ publication of the underlying techniques, and its broad industry acceptance were instrumental in leading a widespread adoption of fully ray-traced rendering for motion pictures.

To Vladimir Koylazov for the original concept, design and implementation of V-Ray from Chaos Group.

V-Ray’s efficient production-ready approach to ray-tracing and global illumination, its support for a wide variety of workflows, and its broad industry acceptance were instrumental in the widespread adoption of fully ray-traced rendering for motion pictures.

To Luca Fascione, J.P. Lewis and Iain Matthews for the design, engineering, and development of the FACETS facial performance capture and solving system at Weta Digital.

FACETS was one of the first reliable systems to demonstrate accurate facial tracking from an actor-mounted camera, combined with rig-based solving, in large-scale productions. This system enables animators to bring the nuance of the original live performances to a new level of fidelity for animated characters.

To Steven Rosenbluth, Joshua Barratt, Robert Nolty and Archie Te for the engineering and development of the Concept Overdrive motion control system.

This user-friendly hardware and software system creates and controls complex interactions of real and virtual motion in hard real-time, while safely adapting to the needs of on-set filmmakers.

Portions of the Scientific and Technical Awards Presentation will be included in the Oscar® telecast.