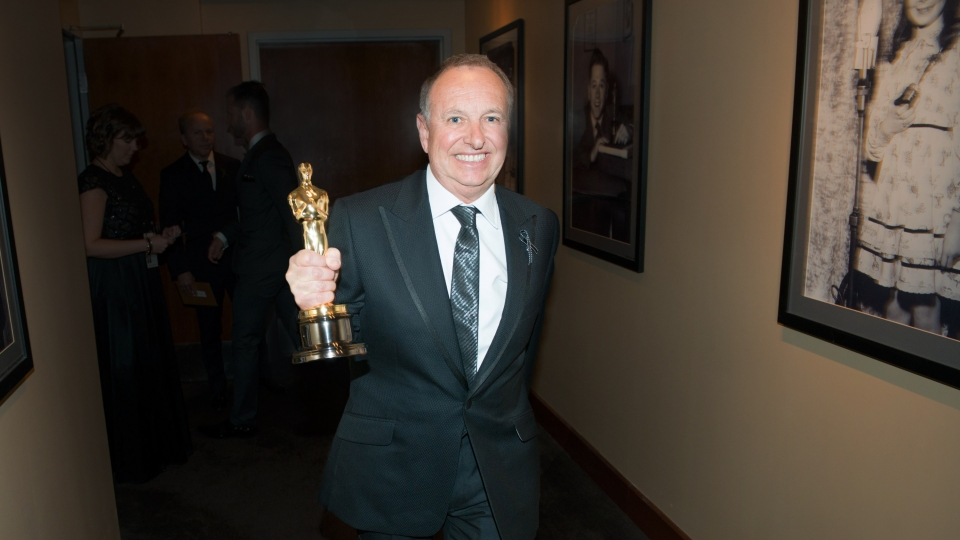 Academy member Chris Munro is a four-time Oscar nominee and a two-time Oscar winner. He won the Oscar for Sound in 2001 for Black Hawk Down and for Sound Mixing in 2013 for Gravity.

At the 85th Academy awards in March 2014 I was nominated for sound mixing for both Captain Phillips and Gravity.

The night before the awards I was asked by Sky TV to give an interview for the awards to be broadcast live on their breakfast show in UK, 8 hours ahead of LA time.

It was about 1 am by the time I left the Dolby Theatre, realised that my cell phone was out of battery and needed to get a car back to my hotel. I was in luck when I walked up the street and saw cabs waiting on the rank.

Before I reached them a cab came screaming from the back of the line and pulled up right beside me. It was with some trepidation and perhaps against my better judgement that I got in.

The driver seemed somewhat excitable and asked what I was doing at the Dolby Theatre.  When I told him that I was a nominee he then asked if I had ever been nominated before.

I told him that I had and that actually I had previously won an Oscar for Black Hawk Down. He asked what I was nominated for this time, so I told him that I was a double nominee for both Gravity and Captain Phillips.

At this point his excitement level went off the Richter Scale and he told me that he knew I was going to win an Oscar for Captain Phillips. He told me that when he saw me coming towards the cab rank something told him that he had to pick me up and now he knew it was fate.

“Don’t you get it” he said. “Black Hawk Down was set in Mogadishu, Somalia.  Captain Phillips is about Somali Pirates. I’m from Somalia and I’m driving you. It’s fate man, You’re gonna win an Oscar for Captain Phillips I know it.”

He drove like a maniac back to my hotel and I clung on thinking that if I make it back to the hotel in one piece that would be enough.

I won the Oscar for Gravity.