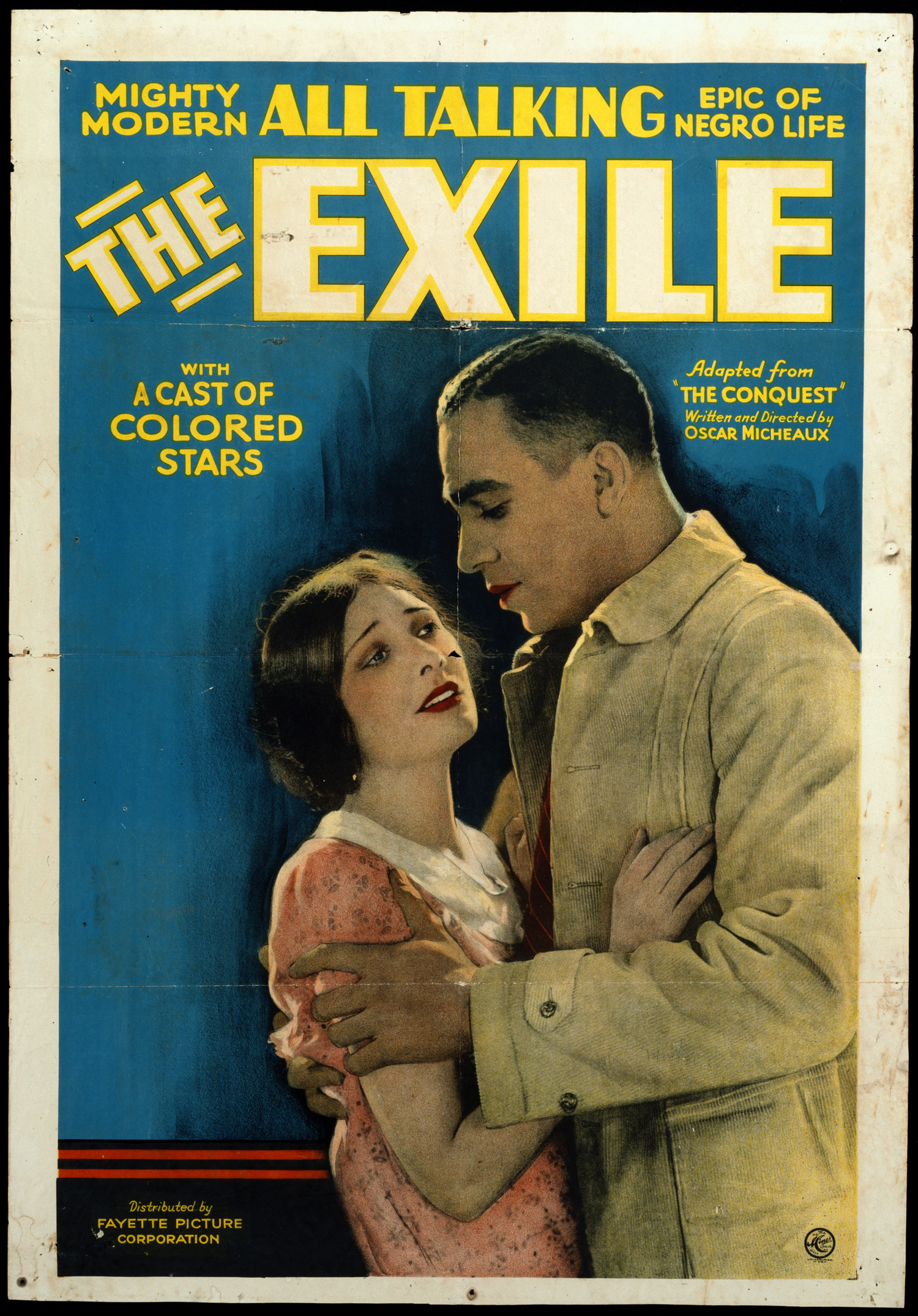 One of the earliest items in the collection--"The Lure of a Woman" (1921), the first black film produced in Kansas City--was Mapp's  initial purchase for the  collection in the 1960s. Also included are a number of black-cast films produced by the Norman Film  Manufacturing Company of Jacksonville, Florida, such as  "The Crimson Skull" (1921), "The Bull Dogger" (1922) and "Black Gold"  (1928). Two major 1929 Hollywood musical films that featured black casts, "Hallelujah"  and "Hearts in Dixie," are also represented.  The collection also includes posters for several films directed by Oscar Micheaux, including "The Exile" (1931),  "Underworld" (1937)  and "Betrayal" (1948).

In Hollywood in the 1930s and 1940s, performers such as Hattie McDaniel, Louise Beavers, Bill Robinson, Willie Best, James  Basquette, Nina Mae McKinney, Clarence Muse, and Stepin Fetchit frequently appeared in films in significant supporting roles but  were rarely featured on the posters. During the same period, however, these actors also starred in films intended for segregated  audiences, and were often depicted on the posters for those productions. Many of these "separate cinema" posters are part of the  collection, including "Harlem Is Heaven" (1932), "Deep South" (1937), "Life Goes On" (1938) and "Big Timers" (1945). The "all  colored cast" of "The Duke Is Tops" (1938) featured star Ralph Cooper on the poster, along with his unidentified female co-star. With  the rise to prominence of that co-star, Lena Horne, in such 1943 films as "Stormy Weather" and "Cabin in the Sky," "The Duke Is  Tops" was re-released as "The Bronze Venus" and featured Horne alone on the poster. Both versions are in the collection. The  collection also contains various versions of posters for films featuring Paul Robeson, including a particularly striking image of  Robeson on an Argentine poster ("Bosambo") for "Sanders of the River" (1935).

The collection also provides documentation on changing social and cultural mores through the years. The post-World War II attempts to deal with racial discrimination are evidenced in posters for such 1949 Hollywood films as "Pinky," "Home of the Brave," and "Intruder in the Dust," as well as those in following decades: "The Defiant Ones" (1958), "Lilies of the Fields" (1963), "In the Heat of the Night" (1967), and "The Great White Hope" (1970). The 1970s witnessed the rise of major black filmmakers such as Gordon Parks, Melvin Van Peebles, Sidney Poitier, and Michael Schultz, and their works are documented by numerous posters, including "Shaft" (1970), "Sweet Sweetback's Baadasssss Song" (1971), "Buck and the Preacher" (1972), and "Car Wash" (1976). Films of 1980s and 1990s filmmakers Spike Lee, Charles Burnett, Reginald Hudlin, John Singleton, Mario Van Peebles, Julie Dash and Leslie Harries are also represented. A sampling of titles includes "She's Gotta Have It" (1986), "To Sleep with Anger" (1990), "Boyz in the Hood" (1991) and "Daughters of the Dust" (1992).

The manuscript material spans the years 1954-1996 (bulk 1970s-1990s) and consists of a small amount of correspondence and a few subject files. There are several handwritten notes or letters from Ruth Attaway, Ossie Davis, Franciene Everette, Barbara Barrie Harnick, Edna Mae Harris, Stanley Kramer, and Butterfly McQueen. Material relating to the Directory of Blacks in the Performing Arts is in the form of biographical information (mostly handwritten) on about 35 performers--among them Moses Gunn, Butterfly McQueen, and Madge Sinclair--and includes some résumés, credit sheets, and letters. Biographical material on Mapp is supplemented by a copy of his dissertation and by programs, invitations, and publicity announcements for various exhibitions of posters from Mapp's collection.