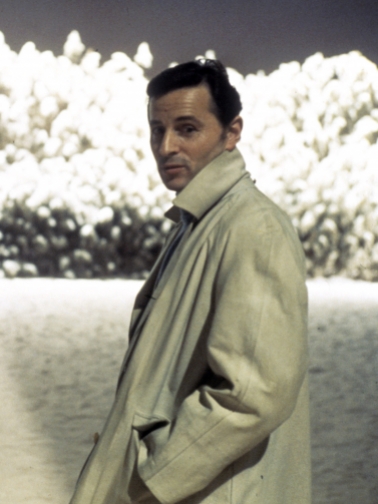 The Glamour of silk, the quthority of brocade, the warmth of velvet, the humility of gabardine. For costume designer Piero Tosi, this language of fabric is but one vital element of unforgettable big-screen costumes. Over his sixty-year career, Tosi, a master of color, texture, form and flow, has revealed himself as an exemplary storyteller.

“When I read a story, I always start by envisioning the face of a character."

Tosi, who was born in 1927 in Florence, Italy, began his artistic life amid the starkness of post war Italy. In the late 1940s, he studied at Florence's Accademia di Belle Arti, under the guidance of painter Ottone Rosai. Tosi also credits the images of his childhood – colorful kiosk photos and movie star posters – with inspiring his vocation.

In 1951, Tosi moved to Rome, a city that would forever hold his heart and his imagination. He once described post war Rome as a place of "great energy, of great hope," and many of Italy's most celebrated filmmakers emerged from the ruined city. There, he began his film career, scouring the streets to find clothes for star Anna Magnani to wear in Visconti's neorealistic tale BELLISSIMA (1952), the first of 12 films he made with the director.

His second picture with Visconti, 1954's SENSO, marked Tosi's period film debut and introduced audiences to his lush, sensual designs. Eager to create full emotional contexts for his characters, Tosi toiled for historical accuracy and the traditions of period and place. "I believe," he once stated, "that an actor's costume has to mirror the character wearing it, and also life."

Tosi's screen career took off in the 1960s with a string of critically acclaimed films, including Visconti's ROCCO AND HIS BROTHERS (1960), THE LEOPARD (1963) – for which he received his first Oscar nomination – and THE DAMNED (1969); Vittorio De Sica's contemporary come dy MARRIAGE ITALIAN STYLE (1964); the Peter Sellers farce AFTER THE FOX (1966); and Pier Paolo Pasolini's MEDEA (1969), for which he designed ancient Greek apparel for diva Maria Callas. His close collaboration with directors and production designers helped achieve intimate, telling characterizations.

In all of his designs, Tosi explored the "architecture of the body,"noting that "every eight years the human body changes completely." Many actors, from Sophia Loren to Dirk Bogarde, had the pleasure of performing in his clothes.

Obsessed with the human form, Tosi worked to mold actor to costume as much as costume to actor. Sometimes, Tosi also designed the actor's hair and makeup, striving for a complete and authentic look. For Visconti's DEATH IN VENICE (1971), Tosi created almost 700 period costumes, representing a range of ages and types, and received his second Oscar nod for his efforts.

Tosi continued to design into the 2000s, and in 2003 received the Costume Designers Guild's inaugural President's Award. Today, he spends his time teaching his craft at Rome's Centro Sperimentale di Cinematografia, happily sharing his remarkable visual memory, his passion for authentic detail and his special language of design with tomorrow's young filmmakers.