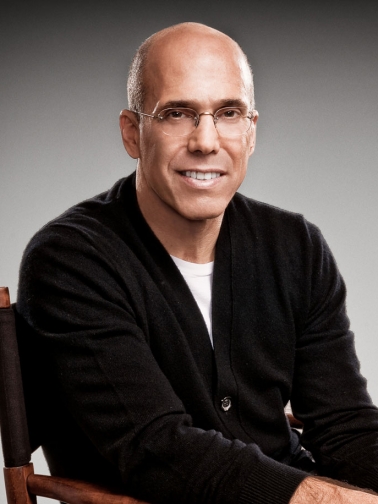 When asked why he gives so much of himself to charitable endeavors, Jeffrey Katzenberg recalls a conversation he had with another renowned philanthropist, Kirk Douglas, who said, "You haven’t learned to live until you’ve learned to give."

Public service and Katzenberg go way back. At 14, Katzenberg was reportedly the youngest volunteer in John V. Lindsay’s first mayoral race, and in 1972, he was an assistant in Lindsay’s presidential campaign.

He soon left the political world to become a talent agent at IFA. In 1975, the 24-year-old Katzenberg joined Paramount Pictures, working his way up from chairman Barry Diller’s assistant to vice president for feature production in less than five years.

At Paramount, Katzenberg displayed an uncanny ability to spot both blockbusters and culturally resonant stories. One of his first "finds" was "Star Trek - The Motion Picture" (1979), which was followed by "Airplane!" (1980), "Raiders of the Lost Ark" (1981), and "Beverly Hills Cop" (1984).

In 1984, Katzenberg became chairman of film production at the struggling Walt Disney Studios. He helped restore Disney’s luster by reviving its glorious animated past with such hits as "The Little Mermaid" (1989), and "Beauty and the Beast" (1991), which became the first animated feature film to be nominated for Best Picture.

At the same time that Katzenberg was mining gold at Disney, his profile as a philanthropist blossomed. In 1993, the Motion Picture & Television Fund (MPTF) established a foundation to spearhead fundraising efforts and named Katzenberg the Founding Chairman. The MPTF, which supports the Motion Picture Home and other programs, is the industry’s "most important and valuable charitable organization," according to Katzenberg.

In 1994, Katzenberg left Disney, partnering with Steven Spielberg and David Geffen to form DreamWorks SKG. Since its inception, DreamWorks has produced and distributed dozens of acclaimed films and TV shows, including the Oscar®-winning "Shrek" (2001) and "Spirit: Stallion of the Cimarron" (2002), which garnered Katzenberg an Oscar nomination in the Animated Feature Film category. Katzenberg currently serves as CEO of DreamWorks Animation.

Also in 1994, Katzenberg and wife Marilyn started their own philanthropic organization, the Marilyn & Jeffrey Katzenberg Foundation. Teaming up with his wife was especially meaningful to Katzenberg, as her family had struggled financially when she was growing up, and as a teacher in the Bronx, she had seen poverty and despair firsthand.

Despite his nonstop film career, Katzenberg has never slowed down on his charitable work. Among his foundation’s many beneficiaries are the USC Shoah Foundation Institute for Visual History and Education, Cedars-Sinai Medical Center and Boston University. To date, Katzenberg has helped raise hundreds of millions of dollars for the MPTF.

For his philanthropic efforts, Katzenberg has been awarded many honors over the years. Judging by the scope, passion and dedication of his efforts, he appears to have learned the secret to living by giving.