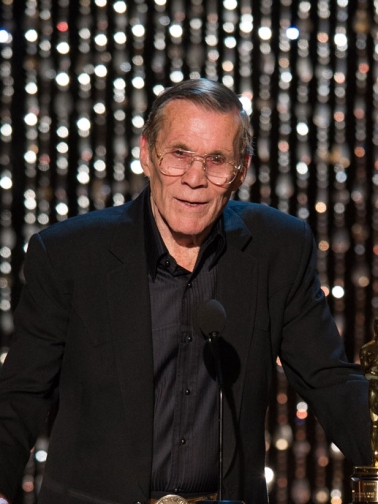 In 1956, on the advice of an acquaintance, a young Hal Needham took a break from his tree-topping job in Orange County and applied for stunt work on the biopic "The Spirit of St. Louis." The script called for airplane wing-walking and parachute jumping, skills Needham had mastered while serving in the Army and performing in thrill shows.

Needham nailed the stunts and fell in love with the profession. He couldn’t believe he was getting paid for doing all the "crazy things" he liked to do for fun.

Though he grew up poor, the son of a Southern sharecropper, Needham was blessed with determination, energy and fearlessness. He would soon become America’s highest paid stuntman, working nonstop in such TV shows as "Have Gun, Will Travel" and in over 90 feature films.

While most stuntmen specialize, Needham never did. He was equally adept at stunt riding as performing stunts involving explosives and driving fast and furious. In 1966, he added stunt coordinator to his credits and later worked as a second unit director.

His most dazzling stunts included jumping a boat a record 138 feet across a swamp in "Gator" (1976); jumping onto a moving stagecoach from a horse and then broad-jumping across the coach’s teams of horses as they raced along in "Little Big Man" (1970); and launching his car 80 feet onto a moving ferry in "White Lightning"(1973).

He made his directing and writing debut in 1977 with the Burt Reynolds blockbuster "Smoky and the Bandit." Nine more directing credits followed, many starring his good friend Reynolds, including "Hooper" (1978), two "Cannonball Run" pictures (1981 and 1984) and "Rad" (1986).

Needham’s considerable achievements don’t stop at his onscreen endeavors, however. Needham also invented or promoted devices such as the car cannon turnover and the nitrogen ratchet, which made stunts safer, cheaper and more spectacular.

In 1986 he and William L. Fredrick received a Scientific and Engineering Award from the Academy for the design and development of the Shotmaker Elite camera car and crane. The partially electric Shotmaker car combined camera, crane and generator cars into one, saving money and reducing noise.

A passionate spokesperson and mentor for the industry, Needham was a founding member of Stunts Unlimited, an elite organization formed to encourage stunt performers to expand their skills and versatility.

The ever-modest Needham sums up his long, stellar career with this prescription: "Some ambition, a little guts, some good friends and a lot of luck. Also, a hard head."