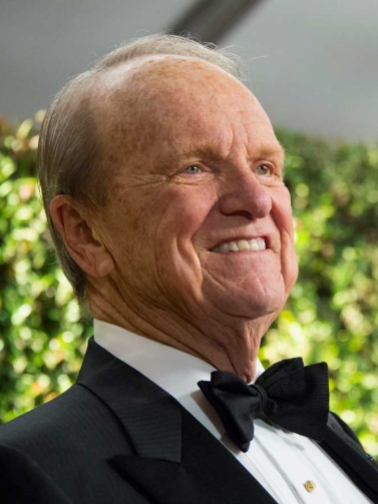 George Stevens, Jr. once confessed that as a young man, his dream was not to follow in his esteemed father’s footsteps, as many expected, but to become a sportswriter. Although a series of unexpected offers led him to abandon that dream, the sports world’s loss was the film world’s gain.

Stevens is distinguished not only as movie royalty (his mother’s parents were also in the business) but as one of the few influential filmmakers to have spent much of his career working outside the main hubs of cinema.

Stevens did cut his movie teeth in Hollywood, working with his father on such films as "A Place in the Sun" (1951), "Shane" (1953), "Giant" (1956) and "The Diary of Anne Frank" (1959), before becoming a director of such TV series as "Alfred Hitchcock Presents" and "Peter Gunn." In 1962, Stevens, Jr. was asked by renowned journalist Edward R. Murrow to run the film and television section of the United States Information Agency (USIA), and he left Los Angeles for Washington, D.C.

Stevens admits he was a "bizarre choice" for the USIA job, but he couldn’t resist the pull of the glamorous Kennedy administration. During his five-year USIA tenure, Stevens oversaw the production and distribution of 300 documentaries a year, including the Academy Award®-winning short "Nine from Little Rock" (1964). He also received an Academy Award nomination as the producer of the documentary short "The Five Cities of June" (1963). Distributed in 121 countries, the USIA productions offered Stevens a unique opportunity to promote the art of American film around the world.

Courtesy of the American Film Institute

In 1967, having advocated for a national arts organization dedicated to American cinema, Stevens became the founding director of the American Film Institute (AFI). As director, he started AFI’s film preservation programs, its prestigious Center for Advanced Film Studies and the revolutionary Directing Workshop for Women, among other programs. He also helped launch AFI’s Life Achievement Award, producing the annual broadcast of the Award dinner until 1998.

In 1978, he co-created the "Kennedy Center Honors," a televised tribute to America’s premier performing artists, and he is still a producer and writer of the show’s annual broadcast.

Despite his devotion to film advocacy, Stevens never left actual moviemaking behind. In the 1980s, he produced, directed and/or wrote several award-winning miniseries and documentaries, including "George Stevens: A Filmmaker’s Journey" (1984). He was also the executive producer on the Academy Award-nominated picture "The Thin Red Line" (1998).

The impact of George Stevens, Jr. on American cinema can’t be measured by just credits or awards. Stevens’s contributions go beyond any single project or institution and touch on the very way American film is regarded around the globe today. He was, and is, America’s premier film ambassador.