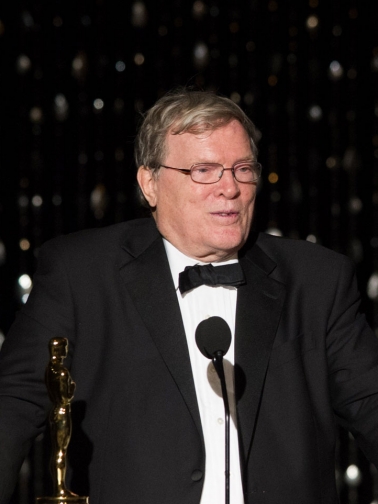 A probing storyteller and resourceful technician, documentarian D.A. Pennebaker is able to combine perfectly both the art and the science of motion pictures.

Although as a young man, the Yale-trained engineer from Evanston, Illinois, knew nothing of filmmaking, he had an instinct for art and loved experimentation. In the early 1950s, his visual curiosity led him to Francis Thompson, a filmmaking friend whose short film "N.Y., N.Y." deeply inspired him with its kaleidoscopic energy and abstraction.

In 1953, Pennebaker began shooting his own short, "Daybreak Express," on a windup 16mm camera. Set to the Duke Ellington tune of the same name, the film chronicled a day in the life of New York’s busy Third Avenue elevated train. For years, the film sat unfinished in Pennebaker’s closet, but in 1958, he finally completed it. He then convinced the Paris Theatre to screen it, and the cinematic world took note.

In early 1959, Pennebaker was invited to join filmmaker Robert Drew’s new company, Drew Associates. In 1961 and 1962, the documentarians at Drew Associates produced ten films for Time-Life’s "Living Camera" series, including Pennebaker’s "Jane" (1962), an intimate portrait of the young Jane Fonda.

More significant than the "Living Camera" shows themselves, however, was the new filming technique that blossomed during production. Using his engineering know-how, Pennebaker helped devise a fully portable, 16mm synchronized camera and sound recording system that made it easy for filmmakers to stay close to their subjects. This revolutionary system became the driving technical force behind what is now known as cinéma vérité, or direct cinema.