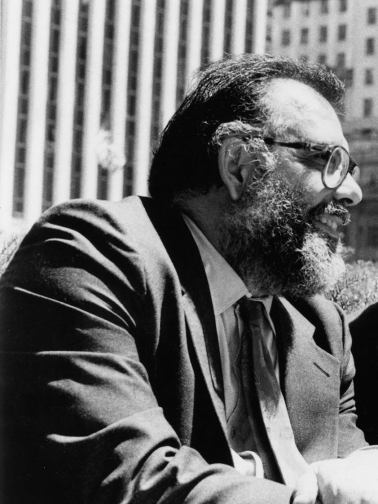 When he was a largely unproven 32-year-old directing his second big movie, Francis Ford Coppola feared the studio might replace him. As it turned out, he needn’t have worried. The “Godfather” (1972) would win three Oscars, claiming a revered place in motion picture history. It established Coppola as one of the art form’s top talents.

Although he is world renowned as a director, Coppola has had perhaps an even more distinguished career as a producer. Fiercely independent and willing to take great personal financial and artistic risks in the interest of storytelling, Coppola has produced or executive produced more than 50 motion pictures. Films produced through his company, American Zoetrope, have earned a remarkable 63 Academy Award® nominations and 15 Oscars.

Born in Detroit, Coppola grew up in a suburb of New York and won awards for his work in the theater arts program at Hofstra University before entering UCLA’s master’s program in filmmaking. His apprenticeship with Roger Corman, a 2009 Governors Awards honoree, provided Coppola a hands-on education in the art of directing while he made a name for himself as a screenwriter. Coppola saw several of his early scripts produced, but his first real breakthrough came when he shared the Best Adapted Screenplay Oscar® for “Patton” (1970), which won a total of seven Oscars, including Best Picture.

Around the same time, Coppola and friend George Lucas founded American Zoetrope. This San Francisco-based production center for young independent filmmakers produced Lucas’s first two features and, over the years, has nurtured the talents of many up-and-coming stars on both sides of the camera as well as pioneered the use of technologies that are now standard in the industry. It produced Coppola’s own classics “The Conversation” and the two “Godfather” sequels, films that received a total of 21 Academy Award nominations and six Oscars.

“Apocalypse Now” (1979), an alchemy of Joseph Conrad’s Heart of Darkness and the Vietnam War, saw Coppola emerge from the challenges of a notoriously difficult production with a powerful film that ultimately received eight Oscar nominations and two Oscars. Since then, notable Zoetrope productions have included “The Black Stallion,” “Lost in Translation,” which was directed by Coppola’s daughter, Sofia, “The Good Shepherd,” and an adaptation of Jack Kerouac’s On the Road, scheduled to be released next year.

Coppola has recently made a return to personal filmmaking, including the acclaimed family drama “Tetro” (2009), which he wrote, produced and directed.

For his creativity and commitment to his craft, Francis Ford Coppola remains one of the most influential and inspiring figures in film

Coppola got his middle name, “Ford,” because he was born at the Henry Ford Hospital in Detroit and his father admired the industrialist.

He had polio as a child and was confined to his room for nine months, watching television and creating puppet shows for entertainment.

He was the inspiration for the Han Solo character in “Star Wars,” according to director George Lucas.

Coppola and his sister Talia Shire became the first brother and sister to be nominated for Oscars® for the same film (“The Godfather Part II,” 1974).

In the 1970s, he made a commercial for Suntory whiskey with legendary Japanese director Akira Kurosawa.

He is one of only six people to win Oscars for Best Picture, Directing and Screenplay on the same night (the others are Billy Wilder, James L. Brooks, Peter Jackson, Ethan Coen and Joel Coen).

When Godfather author Mario Puzo died in 1999, Coppola abandoned his efforts to write a fourth installment of the film series, explaining that he couldn't do it without his friend.

He once said, “Anything you build on a large scale or with intense passion invites chaos.”

“The Conversation” (1974, writer, director and producer)