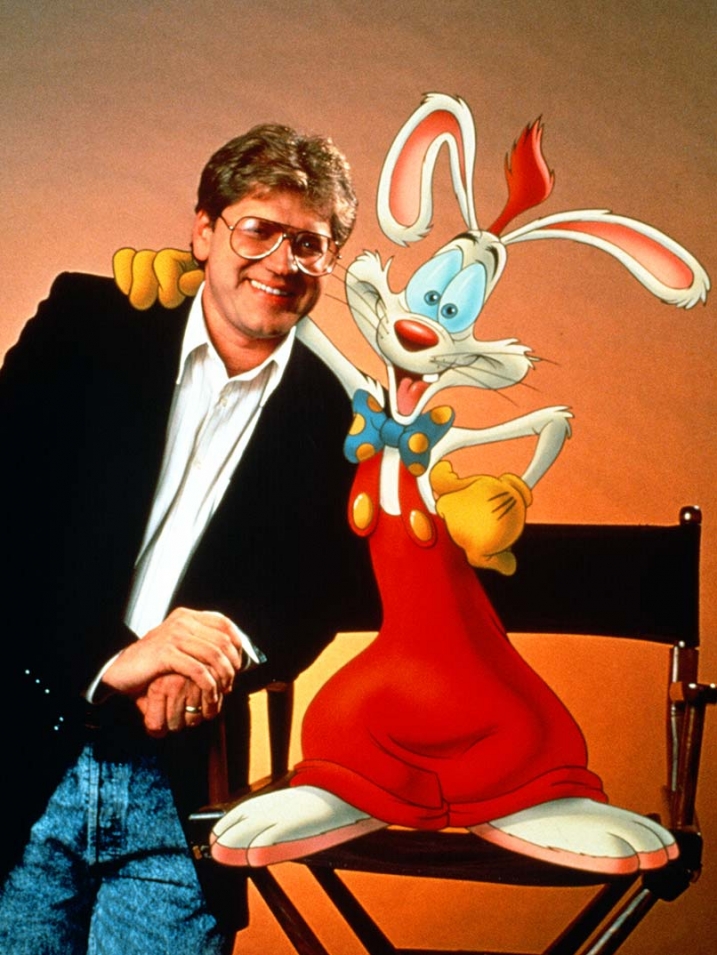 When Toontown was first revealed to the human world 25 years ago, it marked a glorious return to the screen for some of animation’s most beloved characters (including former studio rivals Mickey Mouse and Bugs Bunny), but also signaled that animation had returned as a vibrant and entertaining medium for all ages.

Masterfully blending the worlds of live-action filmmaking with classic animation, while giving a sharp tweak of the nose to the traditions of both, Who Framed Roger Rabbit was a bold experiment that announced that the Disney animation studio was reborn.

Our panel of filmmakers relived their adventures in creating a film that remains a delightful tribute to animation’s golden age even as it set a new standard for what the medium could achieve. Director Robert Zemeckis and associate producers Don Hahn and Steve Starkey were joined by actress Joanna Cassidy (Dolores), voice actor Charles Fleischer (Roger Rabbit), supervising animator Andreas Deja and screenwriters Peter S. Seaman and Jeffrey Price following our return to Toontown. Digital restoration provided courtesy of the Walt Disney Studios.

“How about giving it up for 2D animation?”That spirited opener from Academy Governor Bill Kroyer of the Short Films and Animation Branch brought a huge round of applause from the sold-out crowd at the Academy’s twenty-fifth anniversary screening of “Who Framed Roger Rabbit” on April 4, 2013. This game-changing mixture of slapstick animation and hardboiled crime film was a major critical and audience hit upon its 1988 release, offering an innovative demonstration of how modern animation could push the boundaries of Hollywood entertainment and create a timeless screen comedy classic.Many members of the film’s cast and crew were present both in the audience and on the stage of the Samuel Goldwyn Theater, with host Rich Moore, director of the Oscar-nominated animated feature “Wreck-It Ralph,” guiding them through a trip back to creating an alternate vision of 1940s Hollywood where familiar animated characters work and live alongside human beings.The film’s director, Robert Zemeckis, had just come off of the 1985 favorite Back to the Future and had a strong ally in producer Steven Spielberg, who was instrumental in uniting Disney and Warner Bros. characters together on the screen for the first time in Who Framed Roger Rabbit. However, two of the other panelists, screenwriters Jeffrey Price and Peter S. Seaman, had starting writing the script back in 1981 using only Disney characters, and it wasn’t until the inauguration of the Michael Eisner/Jeffrey Katzenberg era at the studio that the project was finally put into motion. The successful result inaugurated a second golden age of animation at Disney, quickly followed by films like The Little Mermaid in 1989 and Beauty and the Beast in 1991.“No sane person would do this,” Zemeckis recalled about the massive undertaking which presented numerous technical challenges. Previous films like Mary Poppins and Pete’s Dragon combining live action and animation had used a static camera which required only 12 frames of animation per second, but by freeing up the camera and moving it in this film, they had to switch to 24 drawings per second.The panelists also joked about the marvelous technical innovations that allowed them to realize their dream, such as doing pencil tests for the production in London, recording them onto ¾” videotape, and sending them via Federal Express to Zemeckis in America. Another innovation on the film was constructing a set eight feet off the ground so puppeteers and robotic arms could act with physical props handled by cartoon characters, such as the trays borne in the air by a fleet of waiter penguins.The film also used VistaVision cameras to capture the required resolution for the film’s footage which would be combined with animation, which was shipped off to ILM. The pivotal assignment of supervising the animation of Roger Rabbit was handed to Andreas Deja, who went on to supervise many familiar Disney characters like Jafar and Lilo, who recalled working with a formidable crew including the respected animation director Richard Williams, who cracked the difficult and long-delayed problem of coming up with a design for Roger after a sudden burst of inspiration courtesy of five felt tip pens.The character of Jessica Rabbit was envisioned a bit differently, however, including a halter top Zemeckis felt was inappropriate for the 1940s time period. He wanted to give her “a good toon-y chest,” with a result so buxom that the animators at work had to find ways to distract Roy Disney when he came by to visit. “I was amazed at how naughty we were” seemed to be a common sentiment after viewing the film with a modern crowd, too.Also on the panel was Don Hahn, the film’s associate producer and a noted writer about the craft of filmmaking, who had already worked as an assistant director on films like The Fox and the Hound and would go on to produce the first animated feature nominated for Best Picture, Beauty and the Beast. He was joined by another associate producer on the film, Steve Starkey, an assistant editor on the second and third Star Wars films who went on to become a regular producer for Zemeckis on such films as Death Becomes Her, Forrest Gump (for which both he and Zemeckis earned Academy Awards) and, most recently, Flight.The task of casting the film meant finding both people who fit the style of 1940s Los Angeles and voice actors who could bring the drawn characters to life. In the former category, Bob Hoskins was picked among prospective actors because Zemeckis felt he “looked like he belonged in that wardrobe.”  Fortunately Hoskins was also a former circus performer able to do pantomime and acrobatics, with a mime trainer also present on set to help coach the actors to realistically interact with then-invisible costars.One of the actors from the film present for the evening, Joanna Cassidy, remembered having to change her trademark red hair to a darker shade so she wouldn’t look too much like Jessica Rabbit. “It was great to slide into those ‘40s clothes” as well, she recalled with a smile.The now beloved trademark voice of Roger Rabbit was the work of actor and comedian Charles Fleischer, who actually wore a rabbit suit on the set and physically acted out his part in many scenes. He was told that the character needed a speech impediment, of course, since all of the classics had one, but “the good ones were mostly taken.” He finally hit upon the “P-p-p-pleeeease, Eddie” voice and even performed it for the audience, drawing a huge response. Whether upon its original release or now with new generations of fans, Roger Rabbit and the people who created him are still knocking ’em dead. 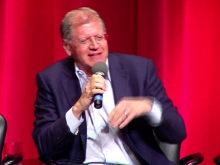 Return to Toontown with "Who Framed Roger Rabbit" at the Academy 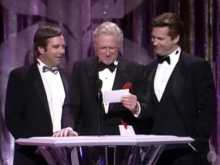 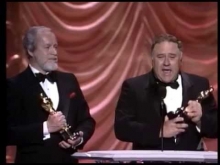 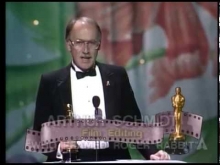