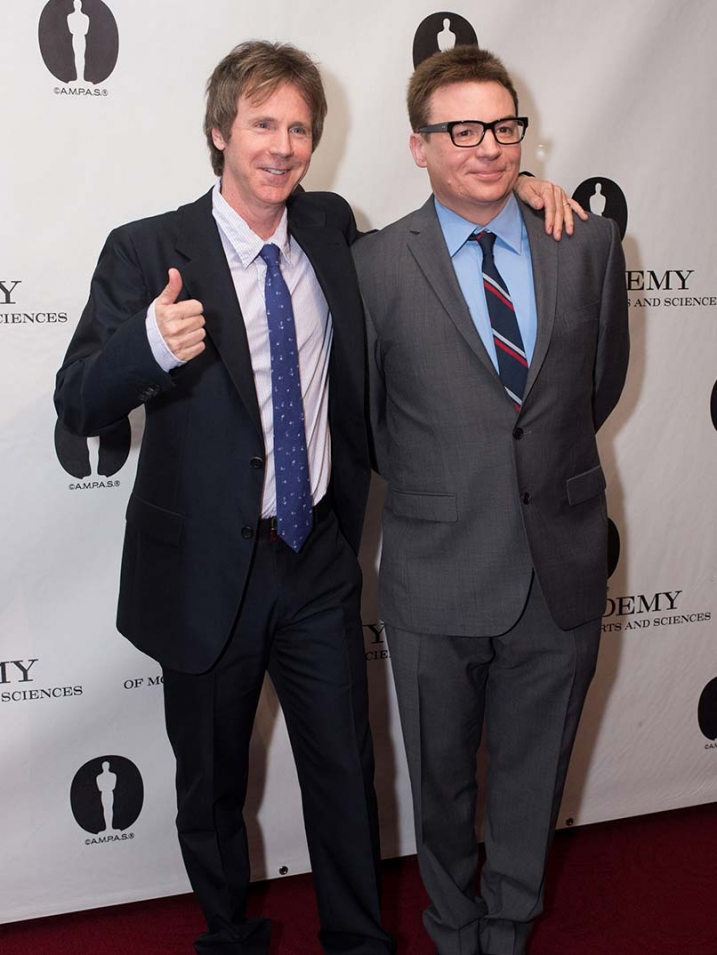 "Wayne's World" Parties On for Its 21st Birthday at the Academy

Inspired by one of the most popular "Saturday Night Live" sketches of all time, the hit film "Wayne's World" returned to the big screen at the Academy for a special screening and reunion. Members of the cast and crew were introduced by the film's executive producer, Academy President Hawk Koch, who also moderated the panel. With a packed, sold-out crowd of way too many fans to fit on Wayne and Garth's couch, it was an excellent party time of belly laughs as well as fond memories of one of the pop culture movie milestones of the 1990s.

First seen by American TV audiences as a hilarious riff on local cable access shows tucked away at the end of an episode of "Saturday Night Live," "Wayne's World" grew to become one of the comedy/variety show's enduring staples in the early 1990s. The 1992 movie version brought Wayne and Garth to the big screen, which introduced a new generation to the music of Queen – and, in the words of Koch, "taught us how to schwing."

“Wayne’s World” proved to be a surprise hit for Paramount when it opened on Valentine’s Day (not a major release date at the time). Wayne Campbell himself, Mike Myers, explained the origins of the character: “I was a heavy metal kid in the suburbs of Toronto. I created the suburbs of Toronto.” His obsession with cable access shows sparked the idea, which was first incarnated as a quick sketch called “Wayne’s Power Minute” on the Canadian TV show “It’s Only Rock ‘n’ Roll.”

Dana Carvey remembered the “young upstart” Myers joining the cast of “Saturday Night Live,” looking all of 13, and working with him to come up with the character of Garth – blond hair, glasses and all. The show’s creator and producer, Lorne Michaels, had “Wayne’s World” move up earlier and earlier in subsequent shows, and was eventually approached by Myers to turn the sketch into a feature film.

“It wasn’t the kind of movie they were making then,” Michaels recalled. “I thought if we were left alone and just used the same process as the rest of the show, we’d be fine.” On a similar note, Myers thought, “I didn’t think they were going to release the movie,” also recalling an early feedback note from a studio exec stating, “I don’t get it.”

Brought on to direct the film was Penelope Spheeris, a fan of “Wayne’s World” and the director of the seminal music documentary, “The Decline of Western Civilization.” She had known Michaels from working with Albert Brooks on the show and felt “eternally grateful” for the chance to helm the movie.

Another SNL alumnus was one of its most well-received recent hosts, Rob Lowe, who plays Benjamin Kane in the film. Originally the story was envisioned with a father-son dynamic, with Michaels recalling discussions of Dennis Hopper during casting. Instead those attributes were absorbed through rewrites into the Benjamin character, which allowed Lowe to stretch the comic chops he displayed during his hosting gig. His “grace under fire” included saving a mishap with cue cards during a “Sprockets” sketch – which Myers hilariously re-created for the Academy audience onstage.

Lowe’s quick timing and improvising on the show had proven he had the sensibility needed for the part, and as life imitates art, Lowe nimbly fielded Michaels’s call to appear in the film while he was in the process of eloping. The feature was shot very quickly, but it was time enough for more than a few memorable stories from the set.

Spheeris most vividly remembered that Myers didn’t know how to drive at the time (but had to onscreen), so to get him ready for the film, he was signed up for Sears driving lessons. Myers would get the call at his hotel that “your driver is here,” but that turned out to be the student driver who would remark, “I’m praying for you, Mr. Myers.”

Of course, the film’s most enduring scene featured Wayne and Garth in a car belting out the Queen hit “Bohemian Rhapsody.” Myers, who had always loved Queen, feared that doing the scene was like “taking a whiz on a Picasso,” but instead saw the song reappear on the charts thanks to its cameo in the film. Myers also realized the film’s impact later when he was in a French casino, going up a huge escalator as the song was playing, only to see hordes of rich, fur-coated patrons start banging their heads right on cue.

Upon looking back at the film, Myers felt “everybody was at the top of their game,” while Carvey was gratified that they “had so much freedom” to work with their characters. Spheeris took Michaels’s philosophy of making things “faster and funnier” seriously, and had to reshoot only one scene.

However, that didn’t mean some improvisation didn’t occur on the set, most famously the last scene shot during the production (featuring the immortal question, “Did you ever find Bugs Bunny attractive when he put on a dress and played a girl bunny?”). Both actors were exhausted by the breakneck shoot, which Myers compared to “a marathon run, a sprinter’s race the whole time,” but the exchange between the two buddies became one of the funniest in the film.

Looking back, Michaels was proud of a film that “was designed in every way to be fun,” a modern-day continuation of the spirit of the Marx Brothers in the classic “Duck Soup.” “Comedy is messy,” he stated about the process of making a movie, but fortunately for “Wayne’s World” fans everywhere, sometimes it comes out just perfect in the end. 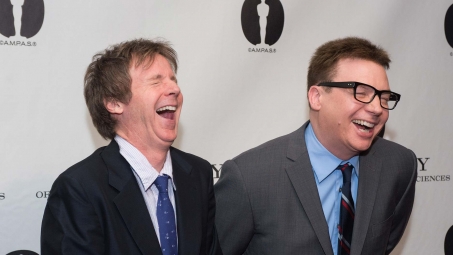 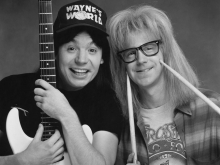 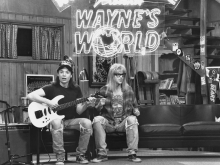 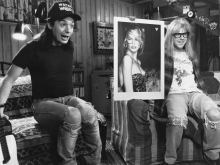 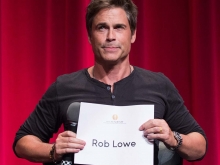 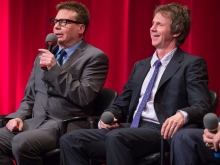 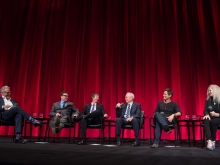 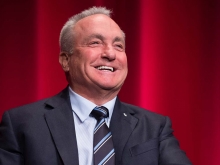 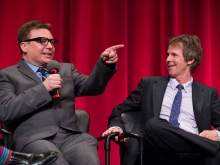 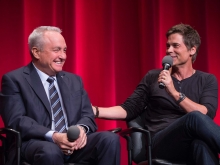 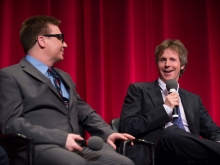 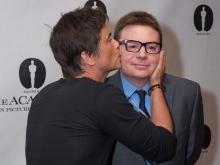 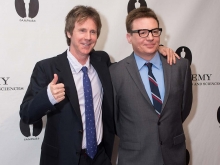 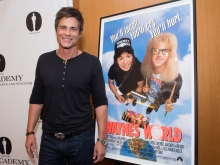 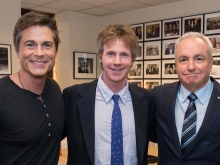 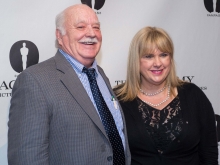 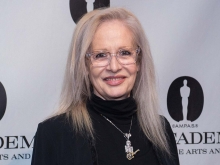 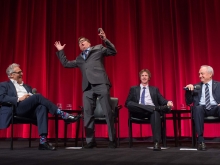 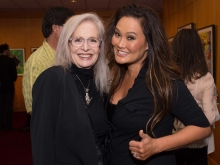 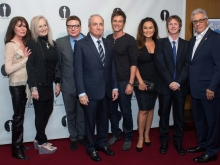 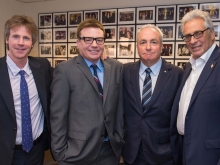 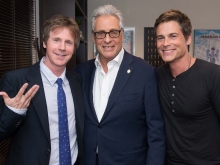 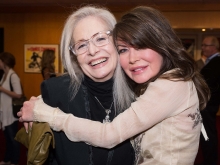 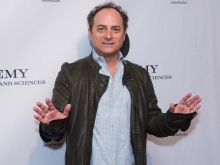 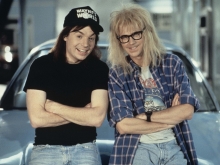 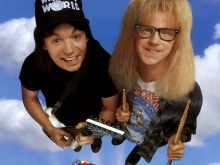 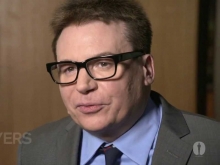 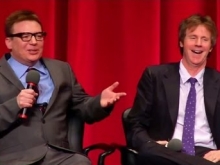 Party Time! A "Wayne's World" Reunion at the Academy