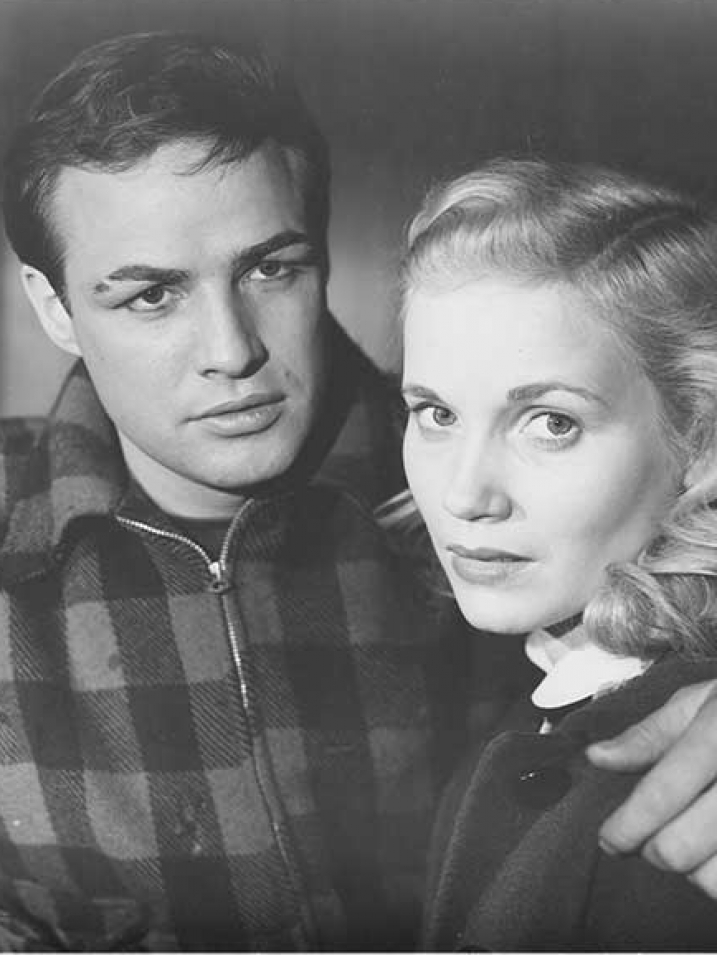 In the performance that would define his career, Marlon Brando plays Terry Malloy, a onetime prizefighter now resigned to backbreaking work as a longshoreman on docks ruled by a ruthless union boss (Lee J. Cobb) with mob ties. As the New York State Crime Commission starts closing in, Malloy begins to question his loyalties, not a simple matter considering that Cobb’s right-hand man is Malloy’s own brother (Rod Steiger).

Contributing to director Elia Kazan’s urban masterpiece are Karl Malden, who shines as a priest sympathetic to Malloy, and Eva Marie Saint, who earned a Supporting Actress Oscar for her indelible screen debut as the vulnerable sister of a fellow stevedore. The film’s impact is intensified by Budd Schulberg’s Oscar-winning script, which features one of cinema’s most-loved speeches; Leonard Bernstein’s potent score, his only composed solely for film; and the Oscar-winning efforts of cinematographer Boris Kaufman and art director Richard Day.

Based on Malcolm Johnson's multi-part New York Sun exposé, which won him a Pulitzer Prize in 1949, Kazan's film was shot on both sides of the Hudson River and bears the director's signature Group Theatre intensity. Nominated for 12 Oscars and winning eight, including Best Actor for Brando and Directing for Kazan, On the Waterfront remains a haunting portrait of life on the margins. Hollywood legend Eva Marie Saint, whose 60-year film career includes collaborations with Hitchcock, Preminger and Zinnemann, will appear in person to reminisce about working with Brando and Kazan during the making of this American classic.