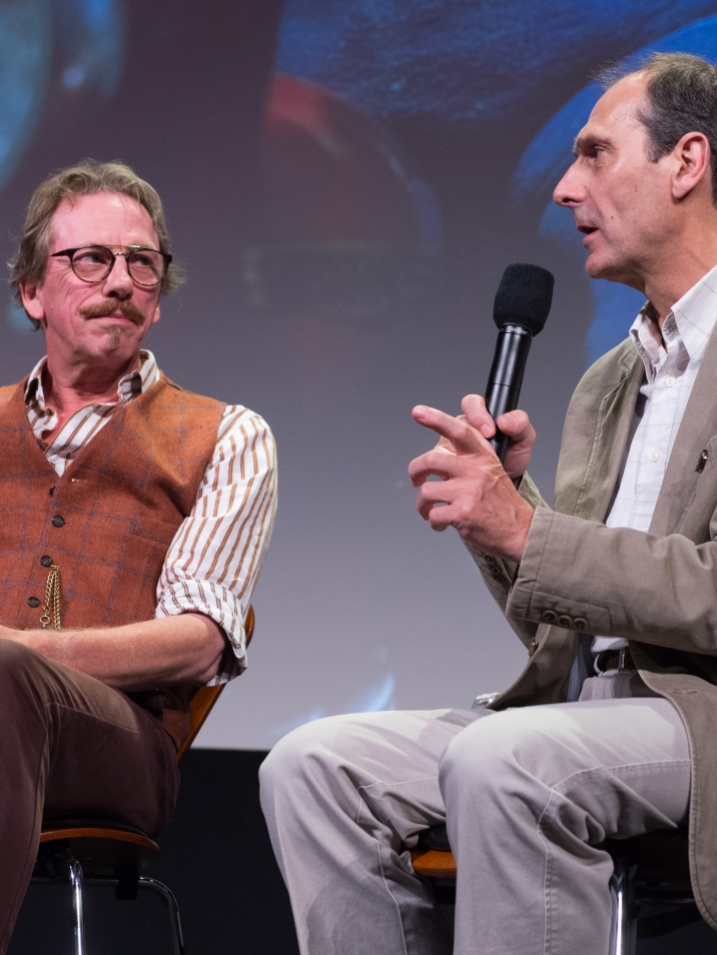 Founded in 1972 by David Sproxton and Peter Lord in England, Aardman has focused on developing an adult audience for model animation. In 1986, the studio smashed into the global consciousness with their innovative work alongside Stephen Johnson and the Brothers Quay in Peter Gabriel’s seminal “Sledgehammer” music video. Renowned for characterizations rich in insight, humor and sensitivity, Aardman won the first of its four Academy Awards in 1990 with Creature Comforts, one of its many innovative experiments in animating puppet characters to pre-existing audio of real-life conversations. The film beat out another Aardman short, A Grand Day Out, for the statuette. Not only were both films produced by the same studio, they were also both directed by the same person: Nick Park. The director next trained his attentions on the further adventures of Wallace and Gromit, his A Grand Day Out stars. Over three subsequent shorts (one Oscar-nominated, two Oscar-winning), one feature (another Oscar winner), numerous television programs, a live orchestral event and a theme-park ride, eccentric inventor Wallace and his no-nonsense sidekick Gromit have embarked on escapades of every sort.

The Marc Davis Celebration of Animation was established by the Academy in 1994 to provide a forum for established film animators and other experts in the craft to share their experiences as well as explore with their colleagues the challenges of creating animation for the screen. Davis’s association with Walt Disney and the Disney Studio began in 1935. Among the characters to whom Davis gave shape and life were Bambi, Brer Rabbit, Cinderella, Tinker Bell, Maleficent and Cruella De Vil. He also did extensive preliminary work on a number of the attractions featured at the 1964 New York World’s Fair, Disneyland, Walt Disney World and Tokyo Disneyland, including “Great Moments with Mr. Lincoln,” “Pirates of the Caribbean,” “it’s a small world” and “The Haunted Mansion.” 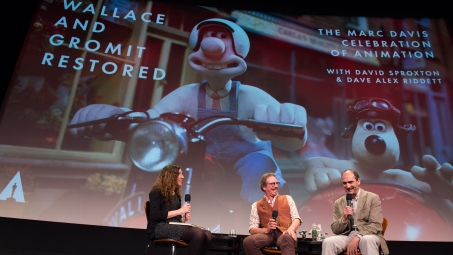 The evolution of stop-motion animation techniques through the comedic lens of Aardman Studios was on display Friday, August 7th at the Samuel Goldwyn Theater for "Wallace and Gromit Restored" as part of  the Marc Davis Celebration of Animation.

The director of the Academy Film Archive, Michael Pogorzelski, kicked off the evening by letting the audience know that Aardman and the Archive began preliminary talks back in 2010, focusing on how the shorts could be preserved and digitized. Five years later the Archive restored seven Aardman shorts, four of which were screened over the weekend: A Grand Day Out (1990), The Wrong Trousers (1993), A Close Shave (1995) and A Matter of Loaf and Death (2008).

"They move with the grace and elegance of Astaire and Rogers. They're certainly as funny and have the great comedic timing of Martin and Lewis. There hasn't been a love scene like Streisand and Redford's, but maybe that's future films," Pogorzelski joked.

Animation historian and critic Charles Solomon took to the podium next and reported that Aardman Animation was raising eyebrows even back in the 1980s.

"Aardman had a history of pushing the boundaries of stop-motion," Solomon said, "I still remember when I saw their work in the mid-'80s -- and I instantly recognized, as did everyone else -- that here was something new. But the Lip Synch series in 1989, followed by the Wallace and Gromit films made audiences and critics and other animators revise their opinion of what stop-motion could do. Because for the first time in stop-motion, characters were moving as subtly and believably, and giving the kind of nuanced performance that heretofore only the best drawn animation was capable of."

Dave Alex Riddett, the cinematographer on many of the Aardman films going back to Creature Comforts, explained that that nuanced style came from ignoring the computer technology that was available to them at the time.

"We tried some [shots] with a nice linear camera track and some smooth movements… and it was rubbish. It had no excitement.  It had no tension to it. So we went back to the basics again," Riddett said.

When they did a test shot with old equipment and uneven tracks, and then reviewed the results, they were "shaky and all sorts of things. In some frames [the test subject] was bouncing around. In some frames he was out of focus. But that, of course, is what made it. That's what made it exciting. It was organic," Riddett said.

Riddett thought they were eventually going to have to lay the tracks down evenly and do things properly but discovered, "no this is it. This is the method. And to be honest we have kept that method through most of our films."

"The irregularity of that human movement gave the film a lot more energy than when we did it through the motion-control computer," Sproxton said, noting that the machines made the film feel sterile.

Sproxton added that one bonus of watching the old shorts on the Academy's big screen was noticing a sort of foreshadowing for the Shaun the Sheep TV series and feature film.

"What's great about seeing these films tonight is spotting the trends in Nick's thinking," Sproxton said. "I don't know if you saw - even in the building of the rocket set in the very first film he made - there was a sheep in the background."

On Sunday, August 9th, there was an encore of all four restored films for a Family Matinee. The Academy’s Education Department followed the screening by hosting a group of children (ages 7-14) for a special stop-motion animation workshop at The Pickford Center for Motion Picture Study. The children  learned about 2D animation and Claymation and made their own stop-motion scene using iPads and Lego figures.

Meanwhile at the Los Angeles Convention Center on Sunday, Riddet and Sproxton spoke at SIGGRAPH 2015, where they traced the arc of Aardman’s voyage over the last three decades and showed clips from the restored Wallace and Gromit shorts as well as other work by the studio. 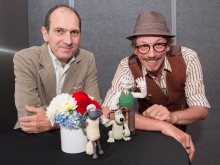 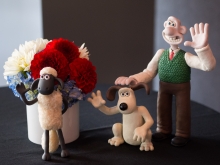 Aardman Animation brought some of their beloved characters to the event 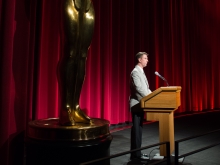 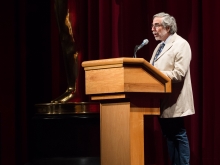 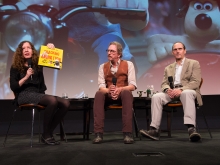 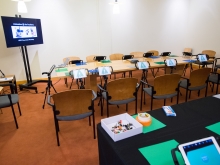 The special stop-motion animation workshop at The Pickford Center for Motion Picture Study. 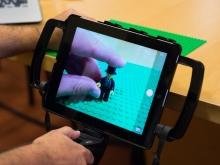