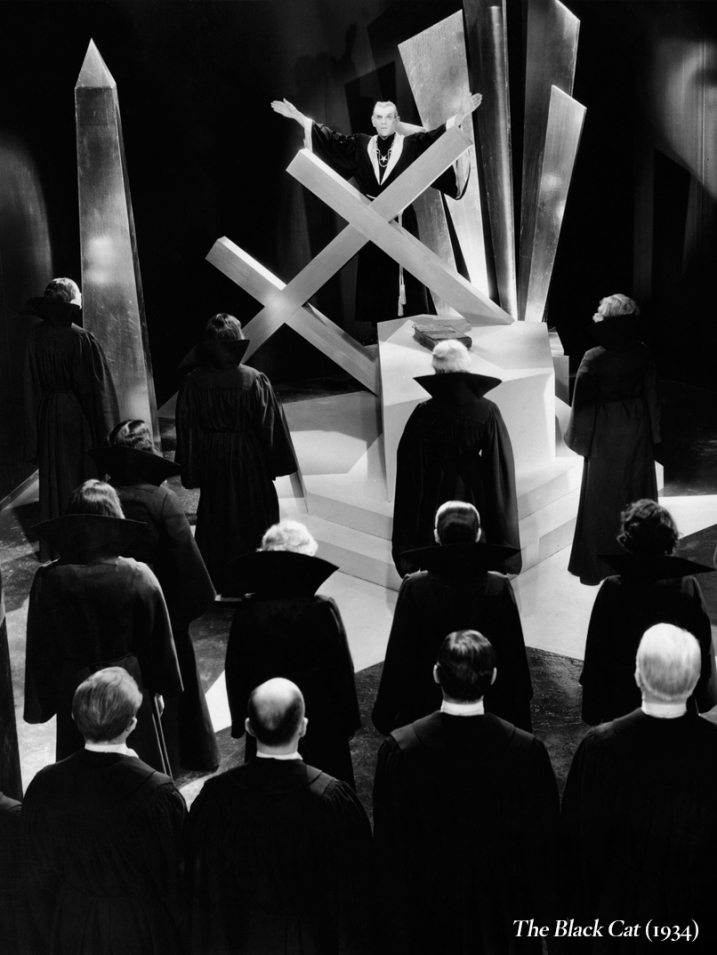 The Academy presents a screening series surveying the films of Ethe German Expressionist production designer turned prolific director, whose career spans genres, languages (Yiddish, English, German) and styles. In conjunction with the ongoing exhibition Haunted Screens: German Cinema in the 1920s, a partnership between the Academy of Motion Picture Arts and Sciences and LACMA, we will screen five films directed by Ulmer and one that he co-designed.

Screening on November 14: Edgar G. Ulmer's People on Sunday and The Light Ahead

Born in what is now the Czech Republic, Edgar G. Ulmer made his first foray into the dramatic arts as a set designer for theater director Max Reinhardt in Berlin. Best known to American audiences for his 1935 film adaptation of A Midsummer Night’s Dream, Reinhardt was a major influence on the look of German Expressionist cinema, from its lighting schemes to the scale of its sets. From Berlin, Ulmer moved on to Babelsberg to work with the upper echelon of German auteurs such as F.W. Murnau and Fritz Lang at UFA. He first came to Hollywood in the mid-1920s, eventually working on the set design for Murnau’s English-language debut, Sunrise. After two more Murnau features – the diaphanous romance City Girl and Murnau’s final film Tabu – Ulmer returned to Germany and co-directed the proto neorealist drama People on Sunday. Although the actors before the camera were non-professionals, some of the crew behind the camera went on to Hollywood glory, including Curt and Robert Siodmak, Billy Wilder, Fred Zinnemann and Eugen Shüfftan. Ulmer’s subsequent American filmmaking career ranged from major studio chillers such as 1934’s seminal The Black Cat starring Bela Lugosi and Boris Karloff, to low-budget Yiddish pictures and Poverty Row staples such as the gutsy noir Detour.

Horror movie icons Boris Karloff and Bela Lugosi team up on-screen for the first time in this occult horror thriller, which bears only a loose connection to the Edgar Allan Poe classic that provided its title. In a rare good guy role, Lugosi plays Dr. Vitus Werdegast, who tries to save a pair of waylaid honeymooners from the devil-worshipping, high-modernist Karloff. Combining psychologically scarred characters, a gruesome torture scene, a cat phobia and a dash of perversion, this low-budget chiller was the only Universal Golden Age horror film directed by Ulmer. Bathed in copious shadows and fog-laced doom, art director Charles D. Hall’s dazzling German Expressionism-influenced sets are a true standout.

One of Edgar G. Ulmer’s most sumptuous productions is this sleek, noirish poison-pen letter to unbridled capitalism. Often cited as Ulmer’s Citizen Kane, its sophisticated flashback structure portraying the rise of a brokenhearted tycoon has pronounced echoes of Welles’s masterpiece. When he is introduced to a young pianist with an uncanny resemblance to his first love, multimillionaire Horace Woodruff Vendig (Mildred Pierce’s Zachary Scott, as debonair and dangerous as ever) is flooded with memories of his callous path to wealth. Now committed to philanthropy on behalf of generic “world peace,” Vendig has built his empire with total avarice. Originally developed by screenwriters Robert Rossen and Alvah Bessie (a few short years before Bessie became one of the Hollywood Ten, thanks to the House Un-American Activities Committee), the film’s rendering of cutthroat profiteering is given a dramatic sheen by cinematographer Bert Glennon, who shot many ’30s masterpieces for Josef von Sternberg and John Ford including Blonde Venus, The Scarlet Empress, Stagecoach and Young Mr. Lincoln.

Preserved by the UCLA Film & Television Archive with support by The Film Foundation and the Franco-American Cultural Fund, a partnership of the Directors Guild of America (DGA), Société des Auteurs, Compositeurs et Editeurs de Musique (SACEM), the Motion Picture Association of America (MPAA), and the Writers Guild of America—West (WGAW). Print courtesy of the UCLA Film & Television Archive.