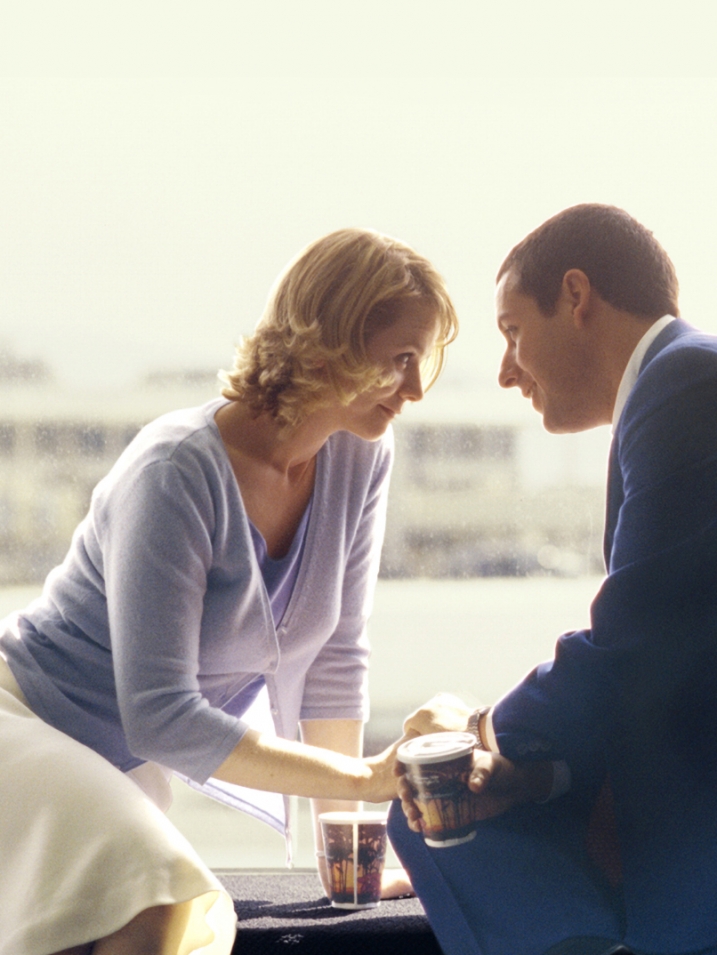 In Paul Thomas Anderson’s offbeat comic romance, Adam Sandler breaks away from youth-oriented comedies to play Barry Egan, a San Fernando Valley businessman with a novelty company and major anger issues. Barry’s only joy in life is an obsessive scheme to hoard frequent flyer miles by buying massive quantities of pudding (the film’s working title was Just Desserts) until he meets sweet Lena Leonard (Emily Watson), though their tentative romance is imperiled by a blackmailing phone-sex operator (a hilarious performance from Anderson regular Philip Seymour Hoffman). Mark Bridges, who has designed the costumes for all seven of Anderson’s films, dresses Sandler in an electric blue suit that provides one of the film’s most memorable visuals.

On November 22, join costume designer Jeffrey Kurland for two of his collaborations with Woody Allen, Bullets over Broadway and Hannah and Her Sisters.

$5 general admission  |  $3 Academy members and students with a valid ID.

Ticket includes admission to both features screening on the same date. Parking is free for vehicles entering after 7 pm.