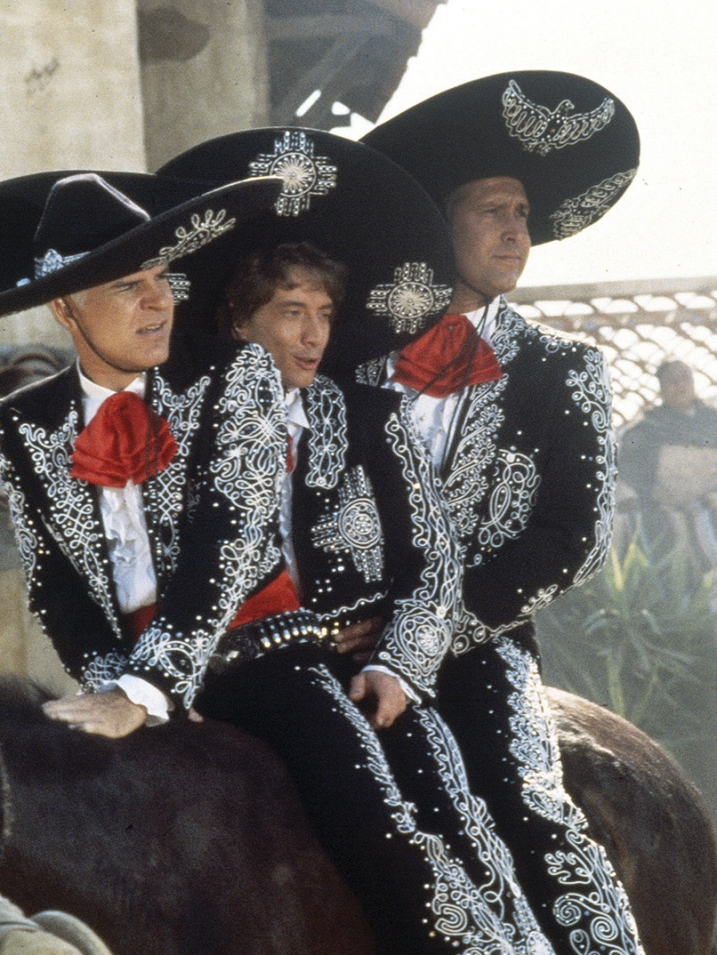 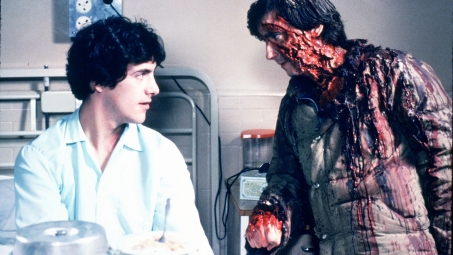 The trio of Steve Martin, Saturday Night Live producer Lorne Michaels and future Oscar-winning composer-songwriter Randy Newman teamed up to write this nostalgic and uproarious comedy that pays tribute both to silent cinema and the great tradition of American Westerns. Martin, Chevy Chase and Martin Short play a team of movie heroes who mistake a plea to defend a Mexican village for a job offer, only to find themselves ill-equipped to do battle with the evil “El Guapo”   (Alfonso   Arau   of The Wild Bunch).  The Magnificent Seven’s own Elmer Bernstein composed the rousing orchestral score, while screenwriter Newman contributed original songs (including the infectious title tune) and provided the voice of the “singing bush.” The end result is one of director John Landis’s most charming and delightful films, and Deborah Nadoolman Landis’s mariachi-inspired costumes for the Amigos are unforgettable.

John Landis’s groundbreaking mixture of hilarious comedy and state-of-the-art terror is one of the most influential of all contemporary horror films. Then-newcomers David Naughton and Griffin Dunne play best friends whose hitchhiking tour across the bleak English countryside comes to a brutal end at the claws of a murderous beast on a foggy moor. Waking in a hospital bed in the British capital, Naughton   finds   that  the  frights  are  far  from  over, despite the attentions of comely nurse Jenny Agutter. Horror and humor had long been a popular mix, as comedy greats like Bob Hope and Abbott & Costello had proved, but An American Werewolf pushed the genre to a new level, with its unusual combination of R-rated laughs, startling bloodshed and genuine emotion paving the way for such films as Re-Animator and Shaun of the Dead. Deborah Nadoolman Landis’s costume designs subtly delineate the differences between the happy-go-lucky American tourists and the chilly Brits. 1981 was the year the Academy instituted a competitive category for Makeup, and Rick Baker’s remarkably innovative creature designs and transformation sequences resulted in his becoming the first winner in the new category.