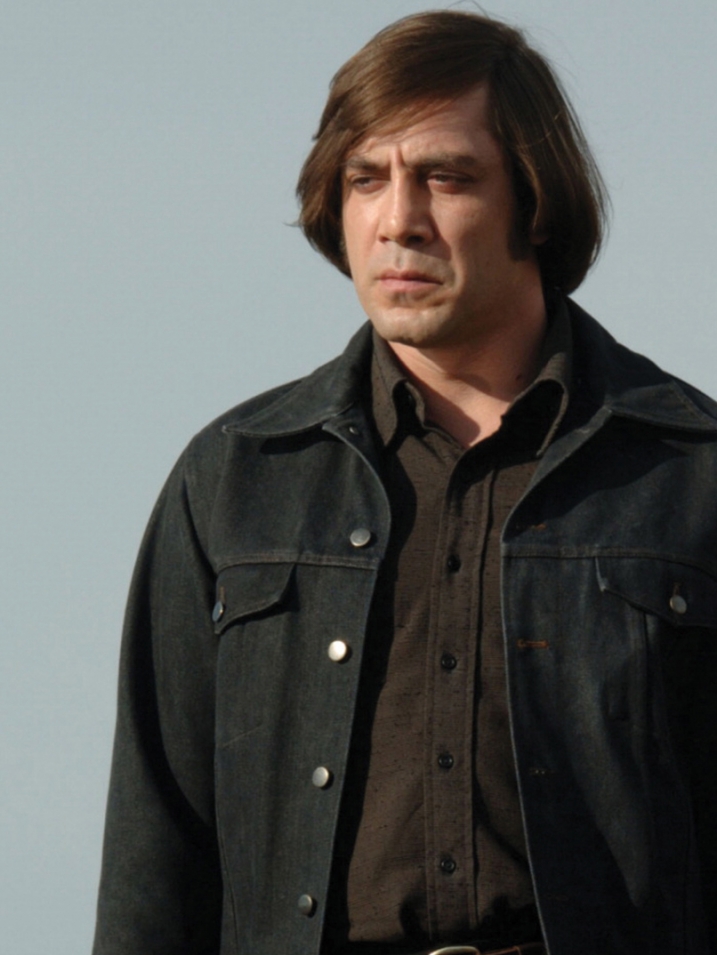 Joel and Ethan Coen each won three Academy Awards, including Best Picture, for this gripping and stylish adaptation of Cormac McCarthy’s novel. In a star-making performance, Josh Brolin plays Llewelyn Moss, a down-on-his-luck hunter whose fortunes seem to change when he comes across two million dollars at the site of a fatal drug deal. His fortune turns again all too quickly when he finds himself the target of remorseless assassin Anton Chigurh – an unforgettable, Oscar-winning role for Javier Bardem.

Tommy Lee Jones is the laconic sheriff trying to keep track of the body count, Woody Harrelson is the middle-man who isn’t as smart as he thinks, and Kelly Macdonald is the wife who finds that innocence is no protection at all. The Coens managed to find the perfect balance between McCarthy’s grim poetry and their own mordantly humorous style, and the end result, complete with gripping suspense scenes and Oscar-nominated widescreen cinematography by Roger Deakins, was a critical smash and their most commercially successful film up to that point.

In person: costume designer Mary Zophres
The Coen brothers’ first film following their Oscar-winning Fargo was this shaggy dog comedy-mystery whose popularity has soared in the 16 years since its release. Jeff Bridges found a new generation of fans with his inspired performance as “The Dude” Lebowski – amateur bowler, White Russian drinker and marijuana enthusiast – who gets mistaken for “The Big Lebowski,” a millionaire whose trophy wife has allegedly been kidnapped.   The  cast  of  notable characters includes John Goodman and Steve Buscemi as The Dude’s quarreling friends, Julianne Moore as an imperious performance artist, Philip Seymour Hoffman as the millionaire’s obsequious assistant, John Turturro as bowler and registered sex offender Jesus Quintana, Ben Gazzara as the mysterious Jackie Treehorn, and Sam Elliott as the cowboy narrator. Filled with indelible Los Angeles locations, quotable lines (“That rug really tied the room together”) and elaborate fantasy sequences, The Big Lebowski is the Coen brothers at their most adventurous and hilarious, and costume designer Mary Zophres matches them every step of the way.