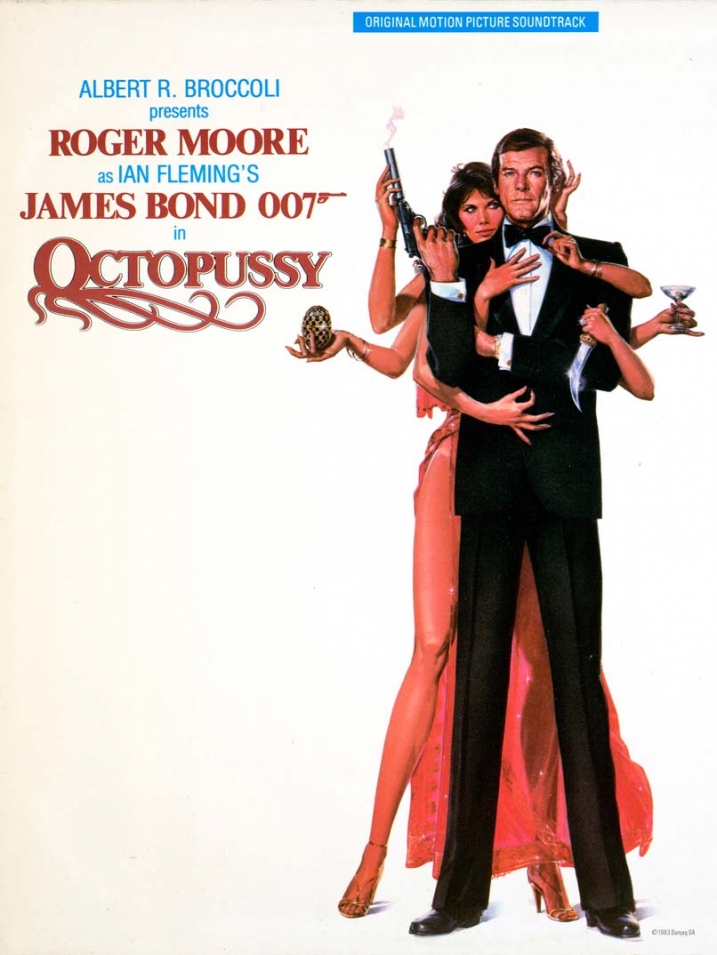 The sounds of intrigue, danger and excitement filled the Samuel Goldwyn Theater on the night of October 5, 2012, officially declared Global James Bond Day in honor of the opening of the first 007 film, Dr. No in the United Kingdom, fifty years ago to the day. Several of the talents responsible for bringing the iconic music of the world's most famous secret agent to life were present for the event, a crowd-pleasing tribute to the longest-running movie series in history.

The first clip of the evening was Sean Connery's onscreen introduction at a casino in Dr. No, uttering the words, "Bond... James Bond" as his famous music theme begins to play. However, the first big surprise of the evening arrived next as the lights came up to reveal Vic Flick, the original guitarist for that theme, seated on the stage for a live performance on the same Clifford Essex Paragon Deluxe guitar he used fifty years ago. The crowd erupted in a standing ovation, and the evening's adventure was officially off in high style.

After an introduction by Ellen Harrington, the Academy's Director of Exhibitions and Special Events, the audience was in the able hands of host Jon Burlingame, one of the preeminent experts of film music and the author of the 2012 book The Music of James Bond. As Burlingame took the audience on a tour through the Sean Connery Bond era, he again welcomed Flick and lyricist Don Black, who won an Oscar for writing the song "Born Free" with John Barry, the legendary composer who has written the largest number of Bond scores and largely defined the "Bond sound" we all know today. Flick discussed recording the Bond theme (for a startling fee of just $15) and how Barry arranged the original composition by Monty Norman into the electrifying musical signature for Her Majesty's most durable spy. He also shared a memorable and hilarious anecdote about the performance of the classic theme song for Goldfinger (1964), with popular vocalist Shirley Bassey taking an unexpected tactic to reach that powerful final, long note—by removing her bra!

Black recounted his work on Thunderball (1965), for which he had been commissioned by Barry to write the theme song after the first one (“Mr. Kiss Kiss Bang Bang,” sung by Dionne Warwick) was rejected. Black then told another saucy Bassey tale about the title song for Diamonds Are Forever (1971), Connery’s last film in the official series, a tune Barry loved but which split the producing team of Harry Saltzman and Albert R. Broccoli. Both men were united in their love of working with Barry, who had taken over as composer for the Bond series with the second film, From Russia with Love (1963), and became its most consistent musical voice through The Living Daylights in 1987. Flick worked with Barry as guitarist on the first four Bond films, returning again for Diamonds Are Forever and Licence to Kill (1989).

Black appeared on the stage again after a segue into the Roger Moore era to also talk about his later work on the series, including a hurried job on The Man with the Golden Gun (1974), the Garbage-performed song for The World Is Not Enough (1999), and the dynamic “Surrender” performed by k.d. lang for Tomorrow Never Dies (1997), which both Burlingame and most Bond fans consider one of the best Bond tunes since Barry’s departure.

Black was joined by Oscar-winning composer Bill Conti (Rocky), whom Barry recommended to score the 1981 Roger Moore entry, For Your Eyes Only. The film is distinctive as the only one to feature the vocalist performing onscreen during the main titles, in this case pop star Sheena Easton, who is surrounded by credit designer Maurice Binder’s trademark nude female silhouettes swimming through bubbling water and firearms. Conti explained how Easton got the job first as the film's singer and then as a screen performer while also recalling how he had to fit the musical demands of the time much like the late Marvin Hamlisch’s disco-inspired work on The Spy Who Loved Me (1977).

Interspersed through the evening were clips showcasing some of the most memorable title sequences and score highlights from the series: the theft of the decoding machine in Istanbul in From Russia with Love; Shirley Eaton’s gold-painted demise in Goldfinger; the snowbound marriage proposal in On Her Majesty’s Secret Service (1969); the show-stopping pre-credits sequence from The Spy Who Loved Me (which still managed to knock out the crowd after 25 years); the Duran Duran song and Golden Gate Bridge showdown in A View to a Kill (1985); composer Michael Kamen’s propulsive arrangement of the Bond theme for Timothy Dalton’s sea-to-air plane hijacking in Licence to Kill; the pre-credits speedboat chase from The World Is Not Enough; Halle Berry’s bikini-clad homage to Ursula Andress in Die Another Day (2002); and Chris Cornell’s hard rock theme song and the spectacular David Arnold-scored finale in Casino Royale (2006). The chance to see these indelible moments in Bond history on the big screen again was a major treat for the audience, who applauded enthusiastically after each one.

However, the audience consisted of more than Bond fans; some of the most beautiful Bond girls from the secret agent’s past were in attendance, too: Trina Parks, the athletic bodyguard Thumper from Diamonds Are Forever; Gloria Hendry, the treacherous Rosie from Live and Let Die (1973); two-time Bond girl Maud Adams from The Man with the Golden Gun and Octopussy (1983); Britt Ekland, who played sexy agent Mary Goodnight in The Man with the Golden Gun; and Lynn-Holly Johnson, the frisky ice skater Bibi from For Your Eyes Only. Also present were some film music luminaries: composer John Scott (Greystoke: The Legend of Tarzan, Lord of the Apes), who played flute on Goldfinger; John Altman, the man responsible for the tank chase music that replaced Eric Serra’s scored contribution in GoldenEye (1995); and music engineer John Richards, who worked on many of Bond’s most famous cinematic exploits.

Of course, no 007 evening would be complete without a word from one of the Bond actors, and Roger Moore appeared for a special message to the guests recalling some of his favorite musical moments from the series and wishing everyone a wonderful evening. Additionally, everyone in the theater was treated to a final, unexpected surprise: an exclusive video presentation of the Adele theme song for the 2012 James Bond film, Skyfall, featuring tantalizing new glimpses of footage seen nowhere else. As everyone there would agree, for a 50-year-old film franchise, James Bond still has the ultimate license to thrill. 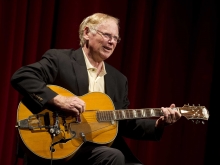 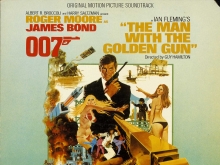 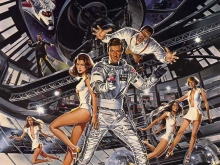 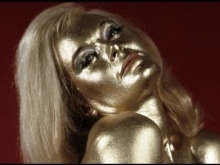 Guitarist Vic Flick on "Goldfinger" and the James Bond Theme 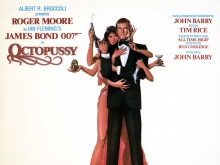 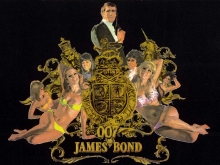 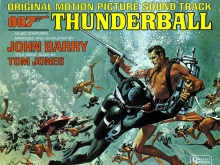 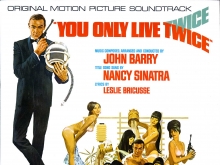 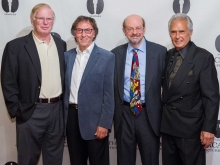 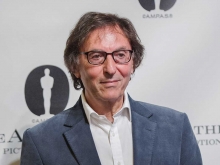 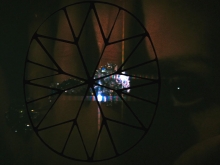 Don Black on "Diamonds Are Forever" and John Barry 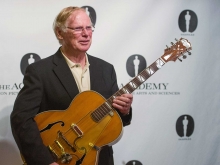 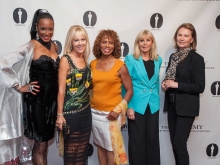 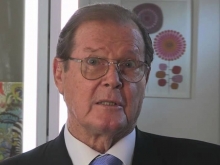 Roger Moore's Special Message at "The Music of Bond: The First 50 Years" 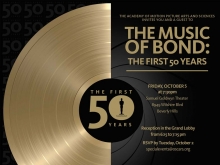 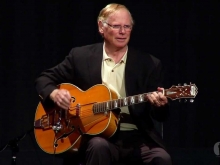 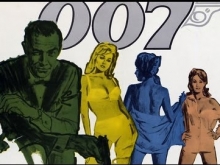 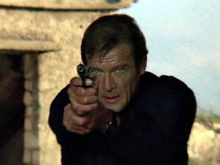 Bill Conti on "For Your Eyes Only"