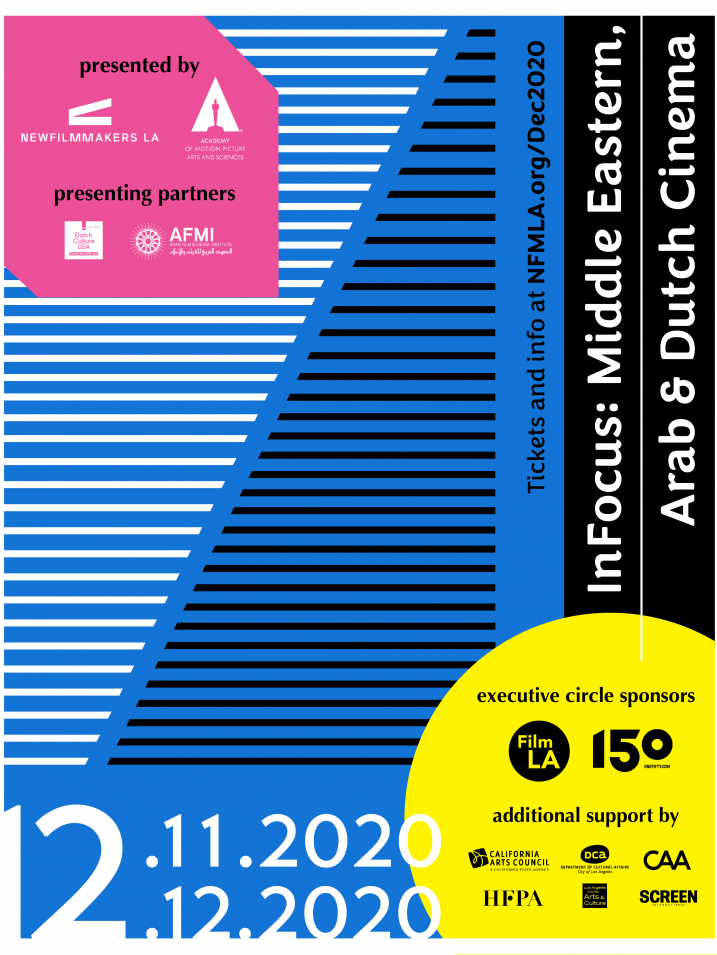 You're invited to join NewFilmmakers Los Angeles (NFMLA) and the Academy of Motion Picture Arts and Sciences (AMPAS) with presenting partners Dutch Culture USA (Consulate General of the Kingdom of the Netherlands in New York) and the Arab Film and Media Institute (AFMI) for a virtual edition of the annual NewFilmmakers Los Angeles (NFMLA) Film Festival InFocus: Middle Eastern, Arab & Dutch Cinema program, powered by Seed&Spark. The weekend will feature an international lineup of films by talented emerging filmmakers across three short film programs. The event will include virtual screenings, filmmaker Q&A’s and industry panels.

The day of programming begins with InFocus: Dutch Cinema, a collection of exciting work from up-and-coming Dutch short film directors co-presented by Dutch Culture USA (Consulate General of the Kingdom of the Netherlands in New York) and curated in partnership with SEE NL. The second program of the evening is InFocus: Arab Cinema, a compelling program of short films was curated in partnership with the Arab Film and Media Institute (AFMI) and showcases Arab storytellers from across the world, featuring stories that cinematically capture resilience and community amidst the hardships of immigration, political instability and personal loss. The night concludes with InFocus: Middle Eastern Cinema, a selection of striking short films from Middle Eastern filmmakers who have made their work all over the world – Lebanon, Israel, Iran and the US.