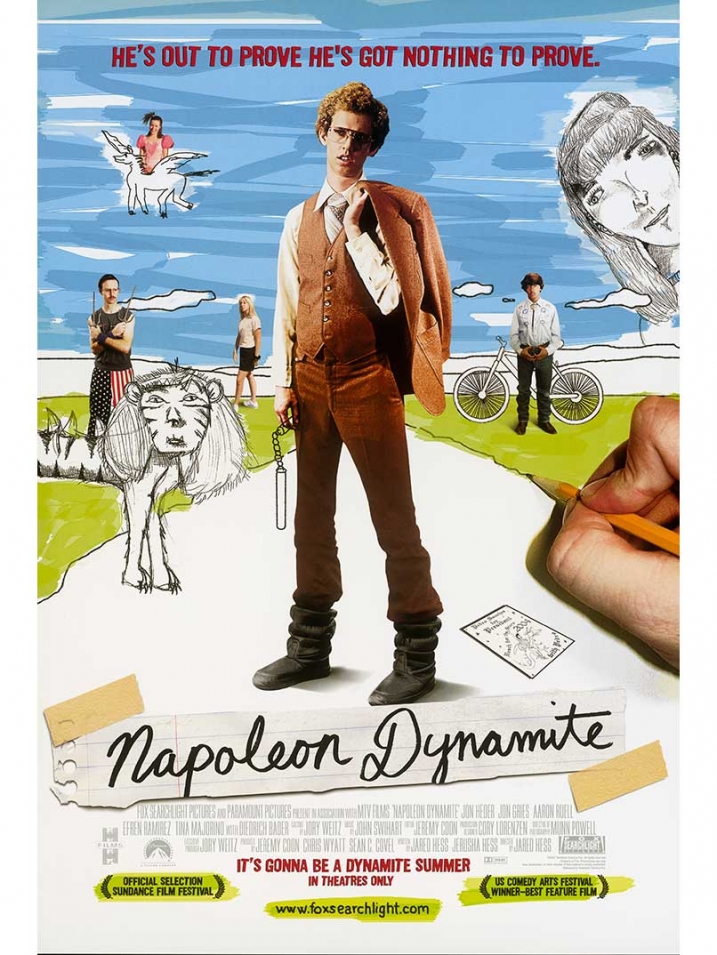 In 2004, audiences all over the world were introduced to Preston, Idaho’s very own Napoleon Dynamite. With his flaming red curls, moon boots, illegal government ninja moves and irascible quips, he became an icon. The Academy was honored to welcome Napoleon Dynamite co-writer-director Jared Hess and Jon Heder, the actor who portrayed the film’s Tater Tot-obsessed protagonist.

“Vote for Pedro” t-shirts and an enthusiastic crowd greeted director/co-writer Jared Hess and title character actor Jon Heder for a live commentary for Napoleon Dynamite on its tenth anniversary. Also in attendance were some other beloved faces from the film including Efren Ramirez (Pedro himself), Shondella Avery (LaFawnduh), Diedrich Bader (“Rex Kown Do!”), Sandy Martin (Grandma), and Carmen Brandy (Starla).

The host for the evening on June 9, 2014 was Will Forte (sporting a bushy beard), an alumnus of Saturday Night Live and actor in films including Nebraska, The Lego Movie, and Hess’s next feature, Don Verdean. This marked the Academy’s second live commentary following last year’s The Princess Bride, another sold out event.

Hess and Heder reminisced about the shooting of the film in Preston, Idaho, where the real location of Napoleon’s house has been officially renamed Napoleon Dynamite Lane. The fun facts came fast and furious, inspiring huge laughs from the audience as they relived a modern comedy classic. Among the highlights:

An evening full of laughs, great memories, and sweet skills, it was one heck of a birthday party for a modern cinematic legend. Gosh! 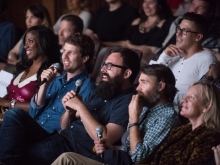 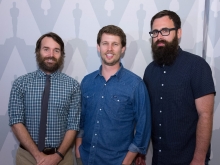 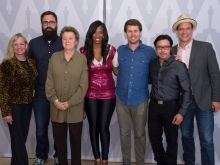 Cast and Crew of Napoleon Dynamite 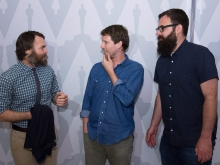