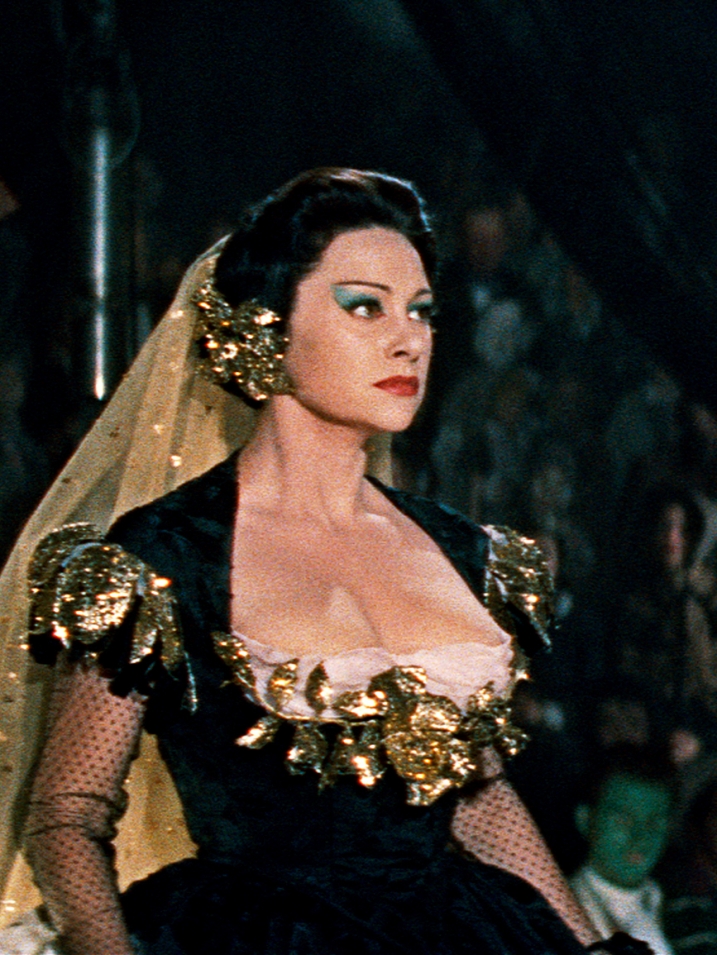 The story of legendary courtesan Lola Montez is rendered with painterly grandeur in the final film by pantheon director Max Ophüls (The Earrings of Madame De…, Letter from an Unknown Woman). Working in color and CinemaScope for the first and only time in his career, Ophüls offers a visually opulent look at the picaresque rise and fall of Montez, whose lovers included Franz Liszt and Bavaria’s King Ludwig I. Ophuls’s exuberant color palette, sinuous cinematography, and daring non-linear narrative confounded many viewers upon the film’s initial release. When Lola Montès opened in Paris, police were called to monitor theaters for fear of riots by perplexed moviegoers. A flop in France, it was heavily recut for its equally disastrous and delayed U.S. release. But for cinephiles, Lola Montès became a cause célèbre with François Truffaut, writing at the time of its Paris opening, proclaiming “if we must fight, we shall; if we must polemicize, so be it.” And Andrew Sarris wrote, “Lola Montès is in my unhumble opinion the greatest film of all time, and I am willing to stake my critical reputation, such as it is, on this one proposition above all others.” Lola Montès would not return to American screens the way Ophüls had intended it until 2008 when it received a breathtaking restoration by the Cinémathèque Française, which will be screened tonight.