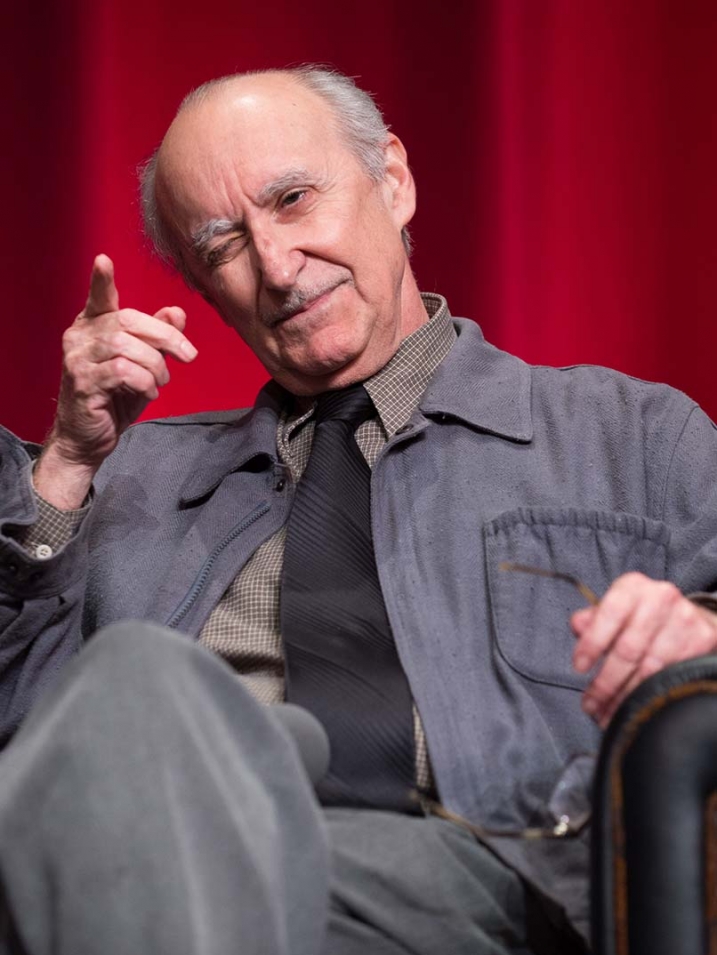 In honor of the 20th anniversary of Steven Spielberg's groundbreaking classic, The Academy presented a special pre-release screening of Jurassic Park 3D and an onstage discussion with members of the crew.

The film is based on the best-selling novel by Michael Crichton, which Spielberg described as “one of the most genius combinations of science and imagination I had ever witnessed.” The action takes place on the fictional Isla Nublar, where John Hammond (Richard Attenborough) has developed a spectacular amusement park inhabited by cloned dinosaurs. Sam Neill stars as Dr. Alan Grant, a renowned paleontologist who is asked to inspect the park; Laura Dern is his colleague, Dr. Ellie Sattler; and Jeff Goldblum is the mathematician who uses Chaos Theory to explain the dangers of the project. 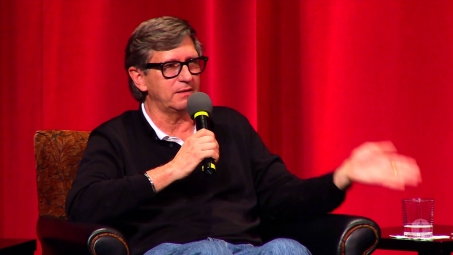 Unleashed into theaters during the summer of 1993, Jurassic Park is a milestone in moviemaking whose rampaging dinosaurs are still a wonder of visual effects wizardry. On Tuesday, April 2, 2013, the Academy celebrated the 20th anniversary of Steven Spielberg’s cinematic rollercoaster with a reunion of some award-winning talent behind the film and an early screening of the new 3D conversion of the film, returning to theaters from coast to coast.

The host for the evening, Variety tech columnist David S. Cohen, welcomed the packed house at the Samuel Goldwyn Theater and polled audience members of all ages about their favorite dinosaur in the movie. The T-Rex won out, not surprisingly, with the velociraptors coming in a close second. Cohen’s priceless reaction: “Am I the only stegosaurus guy in the room?”

Colin Trevorrow, who was in the audience, was currently working on Jurassic Park IV and consulted on the film with production designer Rick Carter, one of the evening’s panelists. An Oscar winner for his work on Avatar (2009) and Lincoln (2012), Carter also was nominated for Art Direction for Forrest Gump (1994) and War Horse (2012), and also collaborated with Spielberg on Amistad (1997), A.I. Artificial Intelligence (2001), War of the Worlds (2005) and Munich (2005). Carter expressed his admiration for another of the film’s legendary effects maestros, the late Stan Winston, whose family members were in attendance for the 3D event.

Next onstage were two of the film’s Oscar winners for Visual Effects, Dennis Muren and Phil Tippett, who shared the award with Winston and Michael Lantieri and paved the way for the transition from traditional stop motion effects to the computer-generated effects we commonly see today. The creative director of Industrial Light & Magic, Muren remains an industry trailblazer with 15 Oscar nominations, a 1981 Technical Achievement Award and eight Academy Awards for such films as The Empire Strikes Back (1980), E.T. The Extra-Terrestrial (1982), Return of the Jedi (1983), Indiana Jones and the Temple of Doom (1984), and Terminator 2: Judgment Day (1991), a formidable list that had the crowd applauding loudly.

An Oscar winner for Return of the Jedi as well, Phil Tippett got his start in feature films working on stop-motion and alien creation for the original Star Wars (1977) and earned his first Oscar nomination for Dragonslayer (1981). His other nominated work includes Willow (1988), Dragonheart (1996) and Starship Troopers (1997).

The president of Stereo D, William Sherak, joined the crew members to discuss the new conversion of the film into a 3D digital presentation, a process overseen by Steven Spielberg himself. Sherak noted that Spielberg remembered every detail about the film, right down to the lens choices for individual shots, and called the conversion experience an adventure unto itself.

Sherak singled out the film’s famous T-Rex attack scene at night during a rainstorm as “my practical nightmare,” a 3D challenge containing multiple planes that had to be assigned depth as individual elements, including rain droplets, the windows of the jeep, the human faces, and reflections. The 3D team also had to ensure that the sense of scale from the original film was maintained, and Spielberg was thrilled with the results, singling out the harrowing jeep-in-the-tree sequence as one he hadn’t seen with such fresh eyes since he shot the film.

There was one last-minute surprise on the panel, too: actor Martin Ferrero, who played the “bloodsucking lawyer” Donald Gennaro (a character who survives in Michael Crichton’s source novel but becomes the T-Rex’s first meal in the movie).

The original crew members recalled how they were sent early galleys of the novel before it was published, with Muren getting it before his work on Terminator 2. They described how the film was planned as a combination of stop-motion, robotic dinosaurs and high-speed puppets, which Winston (whom Carter called “a master at inspiration”) was brought in to build.

Tippett intended to utilize ILM’s go-motion technique of adding blurs to stop-motion (originally seen in The Empire Strikes Back), but plans changed when the effects team decided to test out some T-Rex computer-generated footage at ILM.

The panelists also recalled a devastating hurricane that hit the production, which provided some of the actual turbulent weather seen in the final film. As the cast and crew huddled safely in the ballroom on location without power and surrounded by a natural disaster, one of the film’s producers, Kathleen Kennedy, proved to be a life saver by getting the money to fly in food and medical supplies and retrieve those who needed to get out.

The aftermath of the hurricane looked “like a giant took a weed whacker” to the island, but even at its most intimidating, the storm didn’t faze Spielberg, who considered running to the door when the eye of the hurricane reached them to perhaps grab some dramatic footage. Fortunately for movie audiences everywhere, the cast and crew all made it out alive and created one of the screen’s great timeless adventures, a thundering achievement as riveting today as when it first roared onto screens 20 years ago. 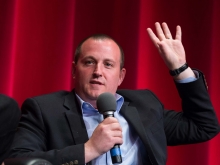 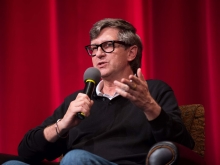 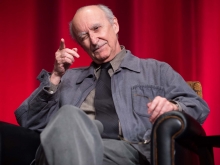 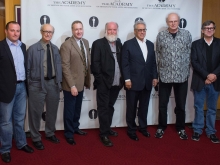 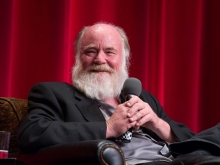 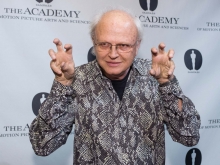 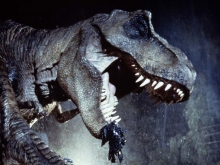 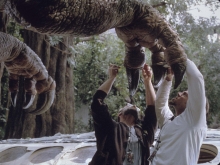 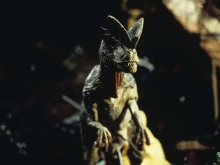 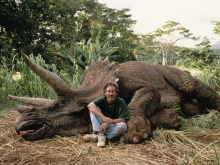 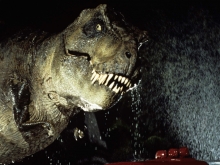 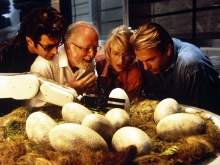 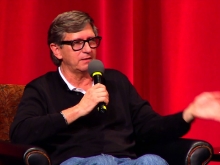 How Dinosaurs Came to Life in "Jurassic Park"