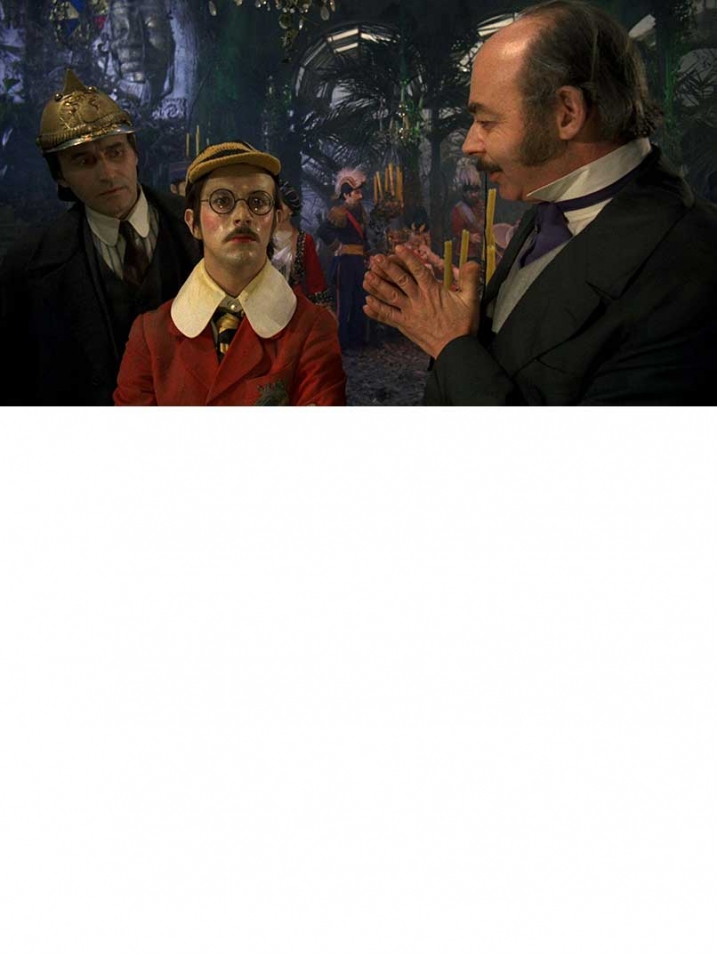 The Hourglass Sanatorium and Mother Joan of The Angels

Wojciech Jerzy Has’s surrealist The Hourglass Sanatorium is a visionary reflection on the nature of time and the irreversibility of death. A young man embarks on a journey to see his dying father and succumbs to a procession of hallucinatory encounters on the grounds of a mystical, dilapidated hospice. The film’s screenplay draws from more than 20 stories by Jewish author Bruno Schulz, one of the most renowned Polish prose stylists of the 20th century. The resulting film is a tour-de-force of atmospherics and otherworldly set design. Reading Schulz’s works through the prism of his death during World War II, Has adds reflections on the Holocaust. Winner of the Jury Prize at the 1973 Cannes Film Festival, The Hourglass Sanatorium was described by England’s The Quietus magazine as “an adult Alice in Wonderland…an exploration of waking and dreaming, without the relief of an objective eye to distance the trip.”

A virtuous, young priest is sent to a remote convent to investigate an outbreak of demonic possession — “a devil among the maidens”— that has left his predecessor burnt at the stake. A chamber drama worthy of Dreyer or Bergman,  Jerzy Kawalerowicz’s spellbinding film  traces the struggle between the calmly righteous exorcist and his slippery target, Mother Joan (Night Train’s Lucyna Winnicka), who claims to have eight demons raging within her. As the priest embarks on a struggle against the forces of darkness, he is faced with the choice of sacrificing his own purity and saving the convent from evil. This conflict is given a visual analogue in the elegant contrasts of black and white by cinematographer Jerzy Wójcik (Ashes and Diamonds). Drawing from the same 17th-century records that inspired Aldous Huxley’s book The Devils of Loudun and subsequently Ken Russell’s film The Devils, Mother Joan of the Angels is an ethereal study of faith, sin and redemption.