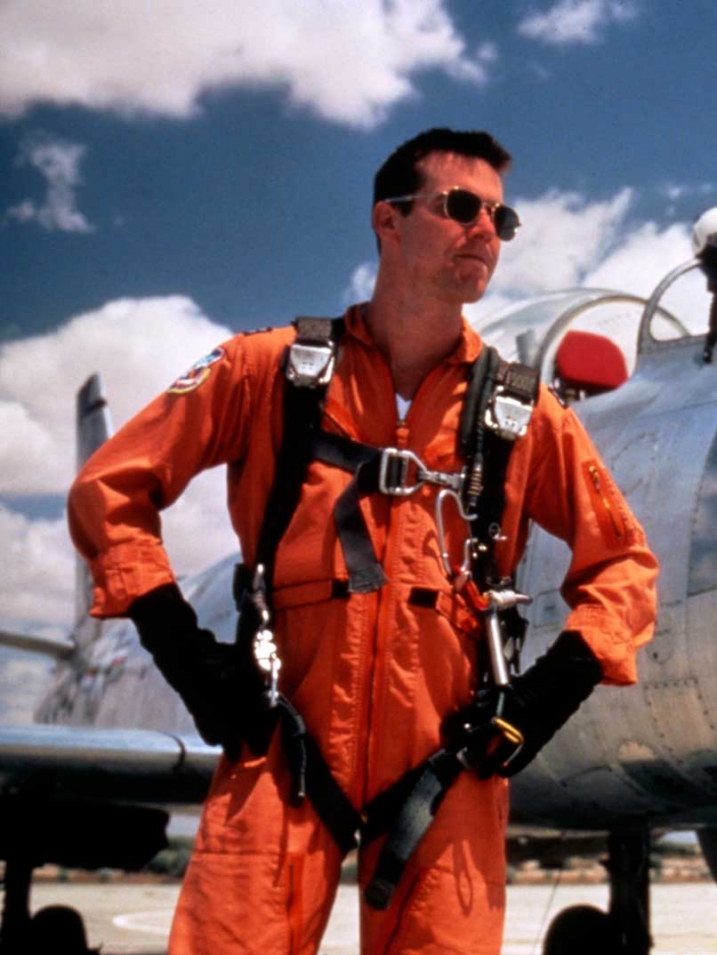 Based on Tom Wolfe’s bestselling book, director Philip Kaufman’s four-time Oscar-winning film follows the history of the military’s aeronautical research at Edwards Air Force Base, led by Chuck Yeager, and the struggles of the seven test pilots selected to be the astronauts of Project Mercury, the first attempt at manned spaceflight by the United States. Made before computer generated imagery (CGI), the production started its visual effects sequences using conventional motion control cameras and technology that was developed for Star Wars (1977). Kaufman rejected these early efforts as “too clean, smooth and composed,” however, prompting visual effects supervisor Gary Gutierrez and his team to employ more unconventional techniques such as using a cross-bow catapult to hurl models of F-104s into a sky filled with “clouds” created by insecticide foggers. The blending of these kinetic techniques with full-scale mock-ups and stock footage allowed for exciting action sequences that were seamlessly integrated into a documentary style and resulted in a movie that is now considered by many to be the definitive film on test pilot aviation and early space exploration.