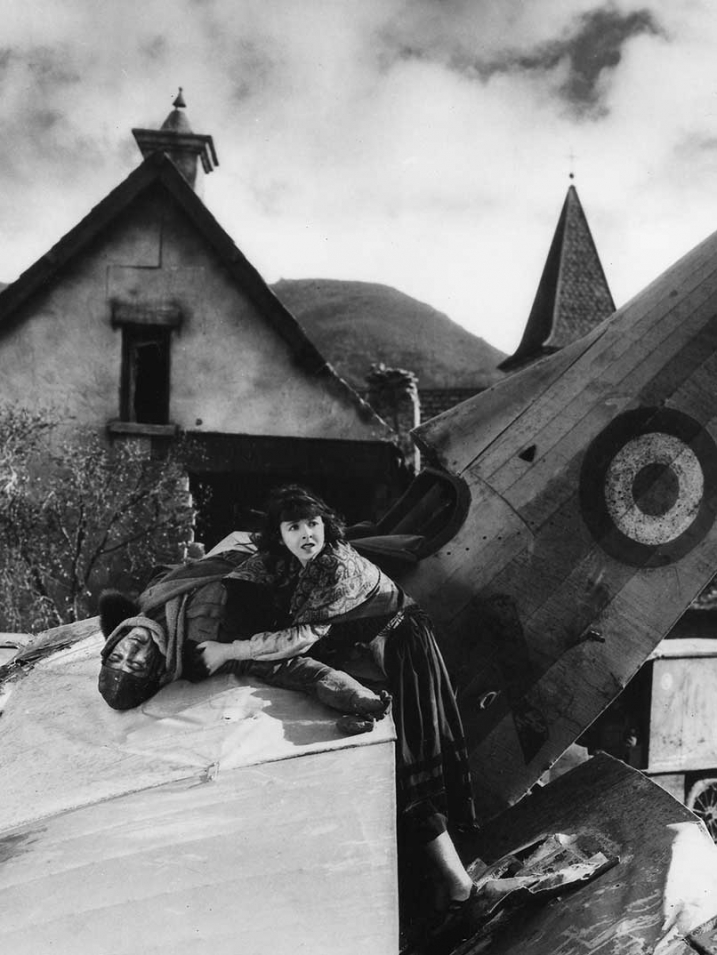 Based on the play by Jane Cowl and Jane Murfin, this silent romantic war story takes place during World War I, when a young British aviator falls in love with a farmer’s daughter while stationed with his squadron in France. As the flyers head off on a dangerous mission, the pilot promises to return to his beloved. Lilac Time was the first big aviation film released with a synchronized Vitaphone track. The film was shot silent, but music and sound effects were added in post-production. The film paired major star Colleen Moore with rising leading man Gary Cooper, fresh off his breakthrough role in Wings. Airplane crack-up master Dick Grace did some major stunts in the film, and aerial footage shot for this film reappeared in the 1930 film The Dawn Patrol.