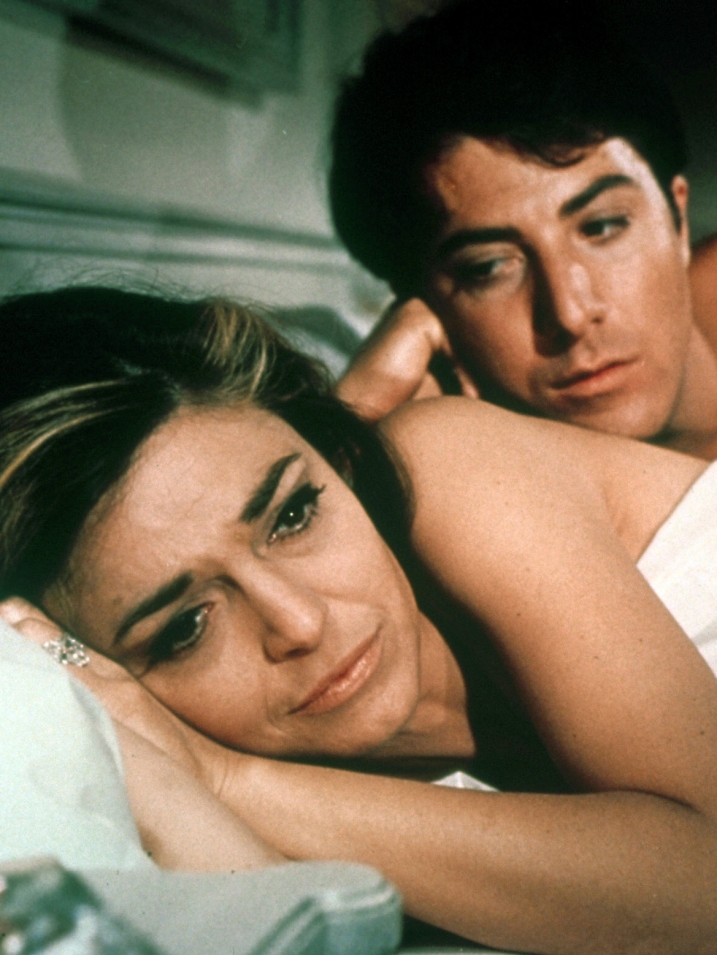 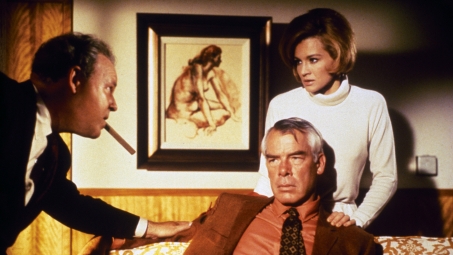 Director Mike Nichols followed up his debut feature, Who’s Afraid of Virginia Woolf?, with this immensely popular and influential Generation Gap romantic comedy that earned Nichols a Best Directing Oscar. Dustin Hoffman, in a star-making performance, plays Benjamin Braddock, an unsettled college graduate who keeps busy in the arms of the classic “older woman,” Anne Bancroft’s Mrs. Robinson, until falling helplessly for her daughter Elaine (Katharine Ross). Nichols and veteran cinematographer Robert Surtees (Ben-Hur, The Bad and the Beautiful) made droll use of the Panavision frame, aided by Simon and Garfunkel’s evocative songs.