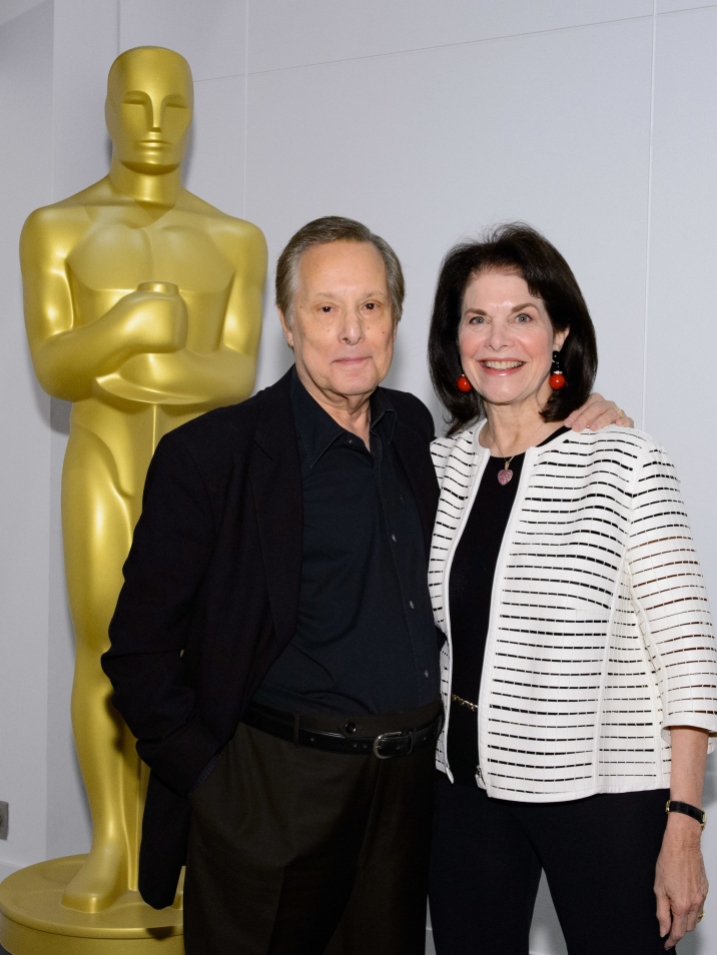 Hosted by Christopher McQuarrie with William Friedkin in person.

Based on Robin Moore’s 1969 nonfiction book of the same name, The French Connection centers on NYPD detectives Jimmy “Popeye” Doyle (Gene Hackman) and Buddy “Cloudy” Russo (Roy Scheider) and their relentless pursuit of Alain Charnier (Fernando Rey), the ringleader of a global heroin smuggling syndicate. The film’s iconic chase scene was shot on location in New York City and director William Friedkin has stated that “it’s only by the grace of God we didn’t kill ourselves or somebody [else].”

The French Connection won five Oscars, including Best Directing for Friedkin and Best Actor for Hackman, and marked the first time that an R-rated film won Best Picture. In honor of the film’s 45th anniversary, the Academy will host a celebratory screening featuring an onstage discussion with Friedkin.

Directed by William Friedkin. Produced by Philip D’Antoni. Screenplay by Ernest Tidyman, based on the book by Robin Moore. 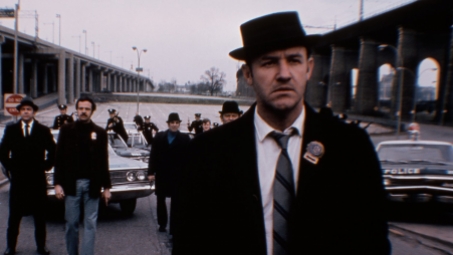 There was an electricity in the air Friday evening at the Academy of Motion Picture Arts and Sciences’ Samuel Goldwyn Theater as an enthusiastic capacity crowd waited in breathless anticipation for the 45th anniversary screening of “The French Connection” and a conversation between the film’s director William Friedkin and writer/director Christopher McQuarrie (“Mission: Impossible-Rogue Nation”).

“The French Connection” won five Academy Awards in 1972, including Best Film. It also scored statuettes for Best Director for Friedkin, Adapted Screenplay for Ernest Tidyman, as well as Actor in a Leading Role for Gene Hackman as the hard-nosed New York detective Popeye Doyle.  It made Hackman and his Oscar-nominated co-star Roy Scheider bona fide movie stars.

The film also featured Eddie Egan and Sonny Grosso, who were the real-life inspiration for Doyle and Scheider’s Russo, as well as Tony Lo Bianco,  Luis Bunuel favorite Fernando Rey and Bill Hickman, who also doubled as the film’s fearless stunt driver.

The celebration began with an introduction of the new 4K DCP from Randy Haberkamp,  the Academy’s managing director, preservation and foundation programs, who said that the film was “still very current.”

McQuarrie, an Oscar winner for his 1995 “The Usual Suspects” screenplay,  explained  “The French Connection” set the “gold standard” for  the police procedural film,  buddy cop movies, the car chase and the docudrama. He added that the film has never been topped because “there’s no way to do it legally.”

Even 45 years after its release, “The French Connection” still moves like a visceral thrill ride that seems as fresh now as it was in 1971. The Goldwyn audience applauded after the iconic car chase sequence in which Doyle dodges traffic and even a woman with a baby carriage racing a hijacked L train.

Friedkin was met with a standing ovation after the screening and for nearly an hour the 81 year-old director entertained the audience with his stories of the making of the film.

McQuarrie asked Friedkin how he got the permits to make the film in New York.

“What are they?” Friedkin asked rhetorically with a hearty laugh. “The only thing we had permits for were to shoot on the elevated train,” he revealed.

Friedkin related that he and his producer, Philip D’Antoni, went to see the New York Transit Authority’s head of publicity and told him their plans. The publicist told them they were crazy.

The budget was initially $1.5 million, said Friedkin, but went over because of “bribes like that.”

Friedkin continued by reminding the audience, “the case took place ten years before I made the film. The case took place over a ten-month period. The film is an impression of what happened in those ten months. The only thing that didn’t happen in the case was the chase sequence. I felt that we needed that or we would have nothing but a police surveillance picture.”

It wasn’t until a few weeks before production began that Friedkin decided what type of chase sequence he wanted. One day, he and D’Antoni walked from 86th Street to 55 blocks south to where they heard the rumbling subway beneath their feet. “We saw the smoke rising from the streets, all this traffic, and the crowds of people that make up New York.  We started to improvise the scene."

He didn’t storyboard or write down the chase. But the ace in Friedkin’s sleeve was location manager Fat Thomas, a 425-pound bookmaker who had been arrested over 50 times for bookmaking but had only had one conviction

“He knew New York like the back of his hand,” said Friedkin.

Thomas took him to the Stillwell Avenue line in Brooklyn where Friedkin chose the locations -- the majority of which were under the L tracks there.  “We had no permission to shoot the chase” said Friedkin.  "I just had these off-duty cops with me, so if anything went sour, they should just show their badges and the problems would go away."

Friedkin told the crowd he was a blessed with a great crew including Oscar-nominated cinematographer Owen Roizman, camera operator Ricky Bravo shot “French Connection” (with a handheld camera years before the advent of the Steadycam), Oscar-winning editor Jerry Greenberg, and jazz musician Don Ellis who penned the evocative score.

McQuarrie asked Friedkin the difficulties he had finding someone to play Doyle. Though Hackman had earned Supporting Actor nominations for 1967’s “Bonnie & Clyde” and 1970’s “I Never Sang for My Father,” he was not even on the list of possibilities.

Friedkin’s first choice was Jackie Gleason, who was best known for his comedic roles such as Ralph Kramden in “The Honeymooners.” Gleason, though, had shown his dramatic chops earning an Oscar nomination as Minnesota Fats in 1961’s “The Hustler.”

Gleason was "a drinker, a heavy set guy,  dark personality, poetic in a way,” Friedkin said. But studio chief Richard Zanuck nixed the idea because of the poor response to the 1962 film “Gigot,” in which Gleason played a dead mute janitor.  ‘I think it did zero business for them,” he said.

He also went to Peter Boyle, fresh off of playing a working class racist in 1970’s “Joe,” but the actor told Friedkin he only wanted to do romantic comedies; Egan himself,  who had different opinions about the role; and two-fisted newspaper columnist Jimmy Breslin, who was ultimately fired after a few days.

Hackman, said Friedkin, was the last man standing. “He was proposed by a very good agent in that period, Sue Mengers. I never thought Gene was right for the role until later.”

Friedkin told the audience he had had tried to get the two-time Oscar winner to attend the event.  But since making 2004’s “Welcome to Mooseport”, Hackman “just turned his back on Hollywood and acting. He moved to Santa Fe, New Mexico, and then to somewhere in Florida and he never looked back.”

Though Hackman wanted to do the film, he abhorred racism.

“When I sent him to go around with Eddie Egan, he felt that Egan was a racist,” noted Friedkin.  ‘He didn’t want to go there. I recognized this… I knew I had to get him angry.”

So Friedkin pushed Hackman’s buttons. Instead of saying "cut” at the conclusion of a scene, he’d tell Hackman that he better get a day job “because this isn’t working out."

Hackman even walked out on the second day of the production, but soon came back and stuck it out. “I would get his anger to a point where he would finish a take filled with rage and then walk off the set for the rest of the day. That’s exactly what I wanted.”

Friedkin had no idea the film would connect with audiences and critics. “But it was immediate,” he said,  adding that there was little newspaper or TV advertising supporting the film.

“I never thought I would be at the Academy Awards for this film," Friedkin said. "I always thought of this as a little cop movie with a decent chase scene.”

And a film he would never do today.

“We were very lucky nobody got hurt,” he acknowledged.  “We got away with it by the grace of God. I would never do it again because I’ve come to believe there’s not one shot in a film that is worth a squirrel getting a twisted ankle.” 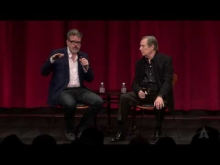 The French Connection (1971) - Permits and the Car Chase 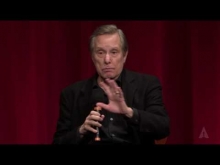 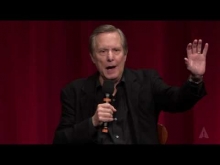 The French Connection (1971) - Everything is Cinema 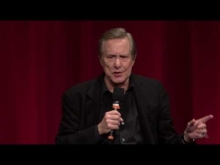 The French Connection (1971) - Casting the Film 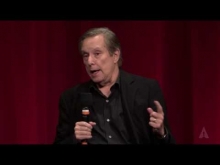