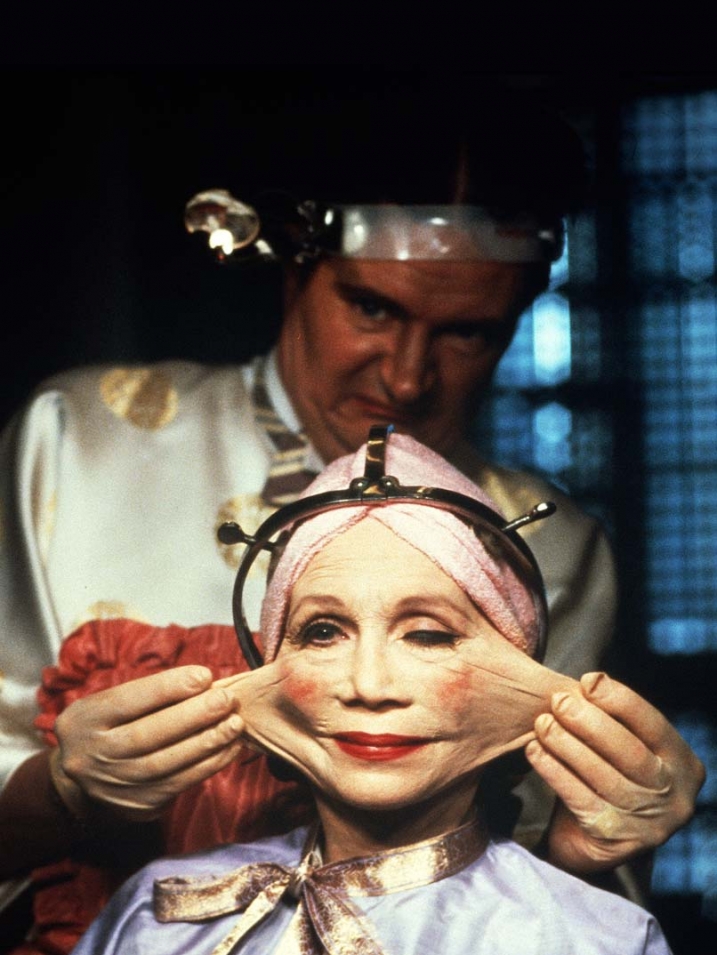 A year ago the Academy Film Archive launched an ambitious effort called "Project Film-to-Film," aimed at preserving as many films on film as possible over a two-year period. The initiative’s main goal is to take advantage of the current availability of film stock to create new prints of a diverse range of motion pictures, encompassing the whole history of the art form.

Over 390 new prints have already been created from the best available film elements, covering significant narrative features and documentaries, as well as experimental, animated and short film titles. The wide variety of titles range from "Navajo," the only film to receive Oscar nominations for both Documentary Feature and Cinematography, to "Naked Yoga," a short once presumed lost, and "Carnival of Souls," a cult favorite that has been rescued from late-night television and restored to the big screen.

This inaugural "Film-to-Film" Festival highlighted a sampling of these treasures – some already well known, others ready to be rediscovered.

Of Men and Demons

This program illustrated the wide range of films preserved by the Film-to-Film initiative, including a rare short made by the Academy itself, intriguing works by noted animators and the big-screen debut of crooner Phil Harris.

OF MEN AND DEMONS

SO THIS IS HARRIS

RAILWAY WITH A HEART OF GOLD

The boundaries of the film medium are stretched, ignored and laughed at in these experimental shorts that manipulate sight, sound, narrative and the relationship between filmmaker and spectator.

The afternoon's first program illustrated the diverse topics of the documentaries covered by the initiative, with a short about the spiritual aspects of Hatha yoga, and the Maysles brothers' portrait of movie distributor Joseph E. Levine.

The afternoon's second documentary program featured two titles that use a semi-documentary approach to convey stories of World War II rumor-mongering and the cultural conflict faced by a young Navajo boy.

World premiere of the Academy Film Archive's new restoration from the original negative.

Filmed in 1964 but not released theatrically until 1968, this cult classic marked the solo directorial debut of writer-director Jack Hill. The eerie story follows three siblings suffering from a rare genetic disorder that causes them to regress to a primal state of being and act out with savage, incestuous and animalistic behavior.

World premiere of the Academy Film Archive's new restoration from the original negative.

Director Herk Harvey's only feature film was made on a tiny budget with a crew largely composed of industrial filmmakers from Lawrence, Kansas. Filled with evocative images, the film tells the story of a young woman who seemingly survives a car crash but is haunted by a ghostly figure that is somehow connected to an abandoned carnival pavilion.