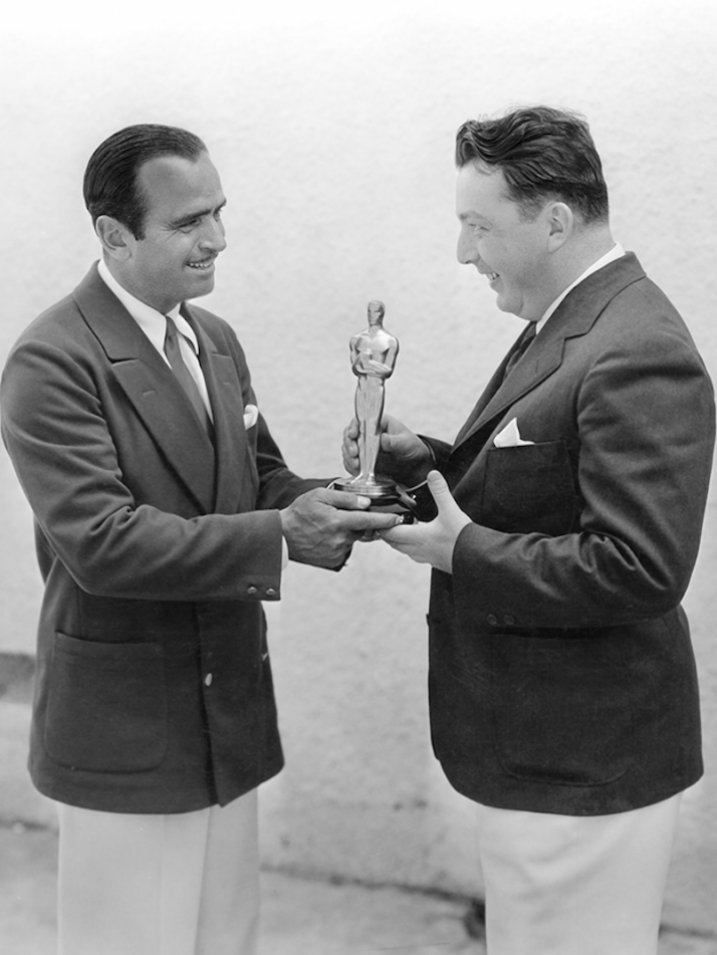 For information about the Lewis Milestone Double Feature on March 16, click here.

In the late 1940s, Milestone’s Russian origins and left-wing sympathies made him an early target of the anti-Communist crusade of Senator Joseph McCarthy. He was forced to live abroad for several years but returned to Hollywood prominence with Ocean’s Eleven (1960) and Mutiny on the Bounty (1962). In this lecture, Harlow Robinson, author of the first major study of Milestone (Lewis Milestone: Life and Films), will survey his remarkable career, as well as introduce a screening of Two Arabian Knights.

Harlow Robinson is the Matthews Distinguished University Professor Emeritus of History at Northeastern University. His other books include Sergei Prokofiev: A Biography; The Last Impresario: The Life, Times, and Legacy of Sol Hurok; and Russians in Hollywood, Hollywood’s Russians: Biography of an Image. His articles have appeared in The New York Times, The Boston Globe, Los Angeles Times, The Nation, Opera News, Musical America, Cineaste and Playbill, among others. He has received fellowships from the Fulbright Foundation, American Council of Learned Societies, the Whiting Foundation, IREX and the Soros Foundation, and has made more than two dozen research trips to the former USSR and Russia. In 2010, he was named an Academy Film Scholar by the Academy of Motion Picture Arts and Sciences.

Two Arabian Knights (1927)
The restoration will be screened on DCP with live musical accompaniment by Joe Rinaudo on the Academy's restored 1917 Fotoplayer.

During World War I, two American prisoners of war (William Boyd and Louis Wolheim) put aside their dislike for one another and hatch a plan to escape by disguising themselves in white robes and journeying to Arabia. En route, they rescue a soon-to-be married Princess Mirza (Mary Astor) shipwrecked on her way home. The three must fight for love and liberty in a foreign land in this vibrant action-comedy directed by Lewis Milestone.

One of the earliest surviving Howard Hughes projects, Two Arabian Knights was the first and only film to earn its director an Oscar for Directing (Comedy Picture). Despite its win, the film had trouble finding an audience and vanished for decades before its reappearance in Hughes’s vaults after his death. Housed at the University of Nevada – Las Vegas for several years, the Howard Hughes collection arrived at the Academy Film Archive in 2014 when the 4k digital restoration of Two Arabian Knights was made from safety film elements at MTI Film in Hollywood.