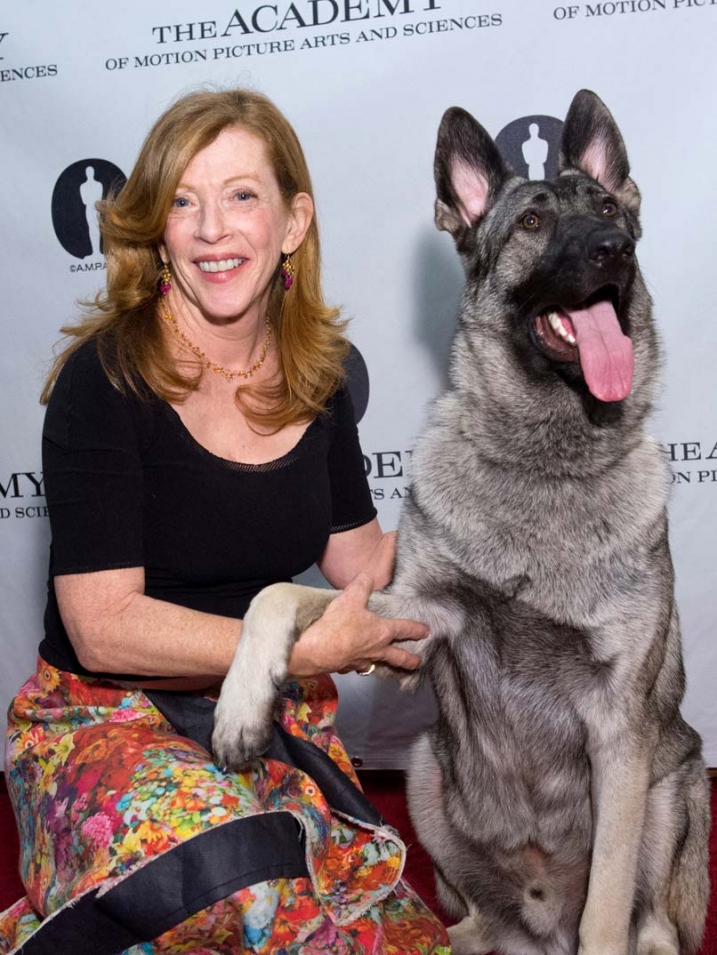 Every Dog Has Its Day at the Academy

While human actors usually get all the makeup artists and autograph hounds, it’s safe to say that they aren’t the only performers who have stolen moviegoers’ hearts for over a century. On Wednesday night, June 6, 2012, some famous (but smaller and furrier) celebrities from Hollywood got their moment in the spotlight at the Samuel Goldwyn Theater in Beverly Hills.

Following a sweeping montage of great dog movie moments ranging from “The Wizard of Oz” to “Up,” Randy Haberkamp, the Academy’s Managing Director of Programming, Education and Preservation, welcomed several two- and four-legged guests to the stage and led a Q&A about the history and enduring appeal of dogs on the screen. He was joined in questions by special guest Susan Orlean, author of Rin Tin Tin: The Life and the Legend and The Orchid Thief.

First up was Brigitte, who plays the aquatic cutup Stella on ABC's "Modern Family," along with her trainers, Sarah Clifford and Heather Long. While little Brigitte took turns between sitting in her trainers’ laps and lounging on the Goldwyn stage, Clifford explained how she heard about a casting call on “Modern Family” for a French Bulldog and took the relatively untrained six-month-old to try out for the part. Despite stiff competition from more seasoned pros (like the French Bulldog seen in popular Skechers commercials), the show’s creator immediately decided, “That’s their dog!” She also explained how the show’s famous swimming Stella episode was inspired by a real-life incident in which Brigitte spontaneously hurtled into a pool in front of a video camera, proving improvisation isn’t just a human acting quality.

Clifford and Long also shared anecdotes about their involvement in helping Uggie, beloved dog star of the Best Picture winner “The Artist,” land his role in that surprise silent hit. While Uggie and his trainer, Omar von Muller, were unable to attend due to a job commitment for HBO in New York, both women knew both of them well and discussed Uggie’s star-making turn as well as a fleeting but crucial appearance during the big fire scene by his stand-in, Dude. While Uggie may now be officially retired from big-screen acting, he’s still going to be a busy guy on TV for a while longer.

Up next was Oscar, the charming (and large!) canine star of “Cats & Dogs” and “The Lucky One” (opposite Zac Efron).  Though officially retired, he had no problem rolling around onstage for the crowd and demanding belly rubs as his trainer, Gina Johnson, talked about his life in show business and the demands of day-to-day animal acting. She was joined by the American Humane Association’s Jone Bouman, who discussed the organization’s pivotal role in overseeing the safety and health of animal performers from the biggest dogs to the tiniest insects. The American Humane Association has actually been involved with both films and TV shows for decades, and the concern for treatment of animal actors can be traced to actors like Errol Flynn who crusaded for better treatment during the making of classic westerns.

Finally audiences were treated to an appearance by Rin Tin Tin, the twelfth in the legendary dog bloodline made famous as a box office star in the 1920s thanks to his American soldier owner who found him during combat in World War I France.  The current Rin Tin Tin offered  a handshake and a flower before settling in with his trainer, Chelsea Riggins, and the president of Rin Tin Tin, Inc., Dorothy Yanchak. The original dog superstar, Rin Tin Rin first appeared in 27 silent films and, thanks to his successors, became the star of a popular TV series as well.

A surprise treat came next with “Jean, the Matchmaker,” the premiere of the restoration of a 1910 short film starring Jean the Vitagraph Dog. A romantic comedy about a resourceful farm dog conspiring to find true love for its owners, a pair of girl-shy brothers, the short had been presumed lost until its recent discovery in New Zealand, after which it was preserved by the New Zealand Film Archive, the Library of Congress and the National Film Preservation Foundation.

Orlean returned to the stage after the short to offer additional thoughts on the history and lasting importance of Rin Tin Tin, including an explanation of what inspired her to write a book about him. She called him “an unusual kind of superhero” and the kind of dog she wanted to have as a child, an American icon who truly may be immortal. The film she introduced, the rousing 1925 adventure film “Clash of the Wolves,” was also once thought lost until it was uncovered  in the 1970s in a movie theater cabinet in South Africa. As if the feature itself weren’t enough, live musical accompaniment was provided on the piano by Michael Mortilla. Fans of previous Academy events will remember Mortilla from his memorable performances for two films at 2011’s “Summer of Silents,” and once again his dynamic live music proved to be the perfect finishing touch for a memorable evening devoted to man’s best friend.

Every Dog Has Its Day at the Academy 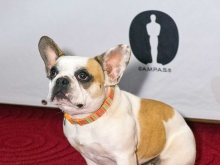 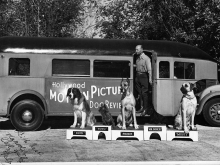 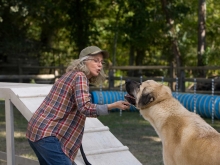 Oscar Performing in The Lucky One with Blythe Danner 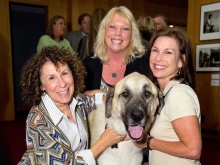 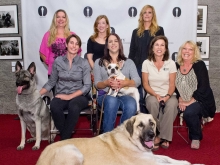 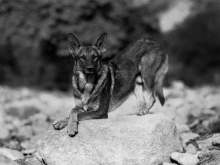 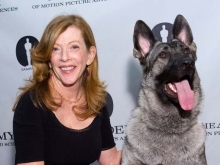 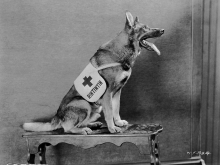 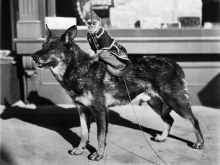 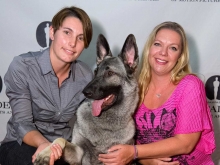 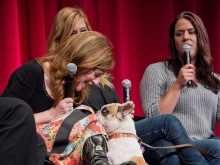 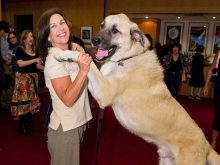 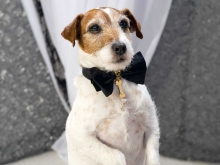 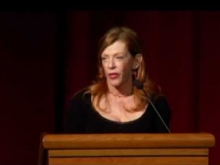 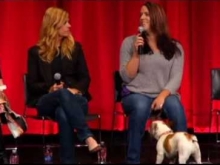 How "Modern Family" Found Its Dog