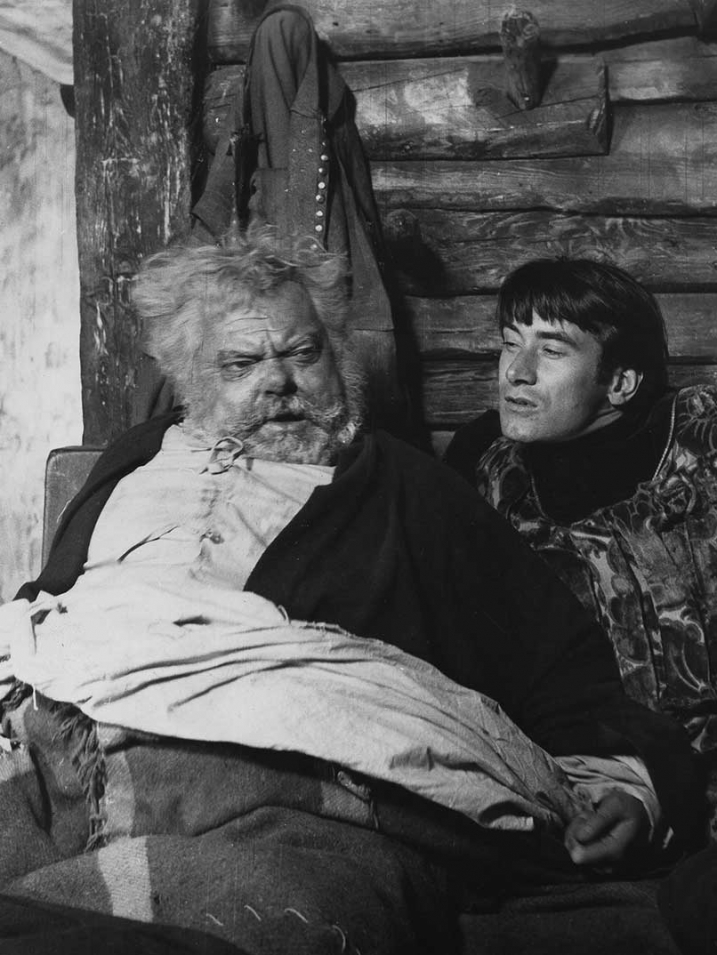 Welles gave himself one of his finest roles as Shakespeare’s immortal fool Falstaff in this moving historical drama that combines material from several of the Bard’s plays in what is considered one of the greatest Shakespeare films ever made, with battle scenes that are still inspiring filmmakers today.

Orson Welles and Keith Baxter in CHIMES AT MIDNIGHT, 1966.

Welles surrounded himself with an impeccable cast, including Keith Baxter as Prince Hal, Jeanne Moreau as Doll Tearsheet, Margaret Rutherford as Hostess Quickly, Fernando Rey as Worcester and John Gielgud as King Henry IV. Critics have long been in agreement over the movie’s glories, with Roger Ebert calling it “a film to treasure” and Dave Kehr terming it “the one Welles film that deserves to be called lovely.” Pauline Kael, not exactly a knee-jerk defender of Welles, rhapsodized over the Battle of Shrewsbury sequence as “unlike anything he has ever done, indeed unlike any battle ever done on the screen before. It ranks with the best of Griffith, John Ford, Eisenstein, Kurosawa — that is, with the best ever done.”