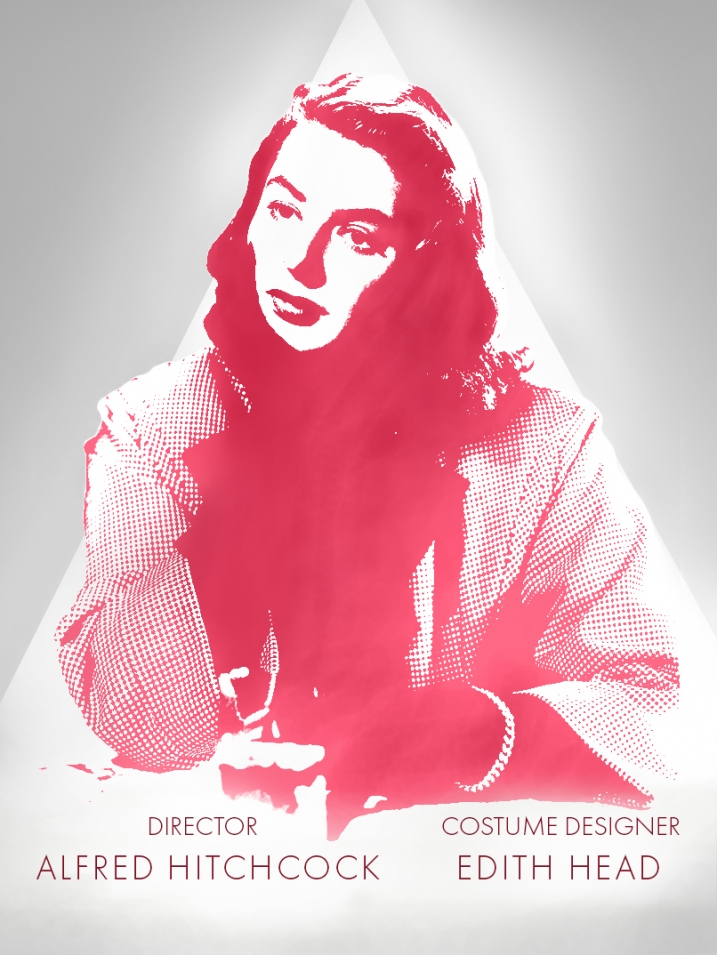 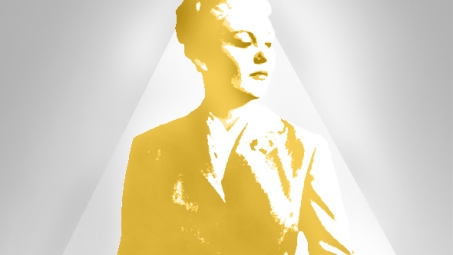 Eight-time Oscar winner Edith Head was that rarity – a household name among Hollywood costume designers – and she teamed with another household name, Alfred Hitchcock, for 11 of the Master of Suspense’s films. Head dressed many of Hollywood’s most gorgeous leading ladies for Hitchcock’s romantic thrillers, and our Hitchcock/Head double feature presents Cary Grant and Ingrid Bergman in the black-and-white intrigue of Notorious, and James Stewart and two Kim Novaks in the Technicolor hallucination of Vertigo.

Hitchcock teamed Cary Grant and Ingrid Bergman for this post-World War II espionage thriller, one of the director’s most elegant and romantic films. Bergman plays Alicia Huberman, the daughter of a convicted Nazi, who is recruited by U.S. government agent T.R. Devlin (Grant at his most coldly charming) to spy on her father’s old friends including businessman Alexander Sebastian (Claude Rains in an Oscar-nominated performance). Hitchcock’s direction combined with Ben Hecht’s Oscar-nominated script to make this Golden Age production a true classic, and in Edith Head’s designs, Grant and Bergman are at their most gorgeous.

Hitchcock’s hypnotic mystery has grown in acclaim in the 56 years since its original release, topping Sight & Sound’s 2012 poll of the greatest films ever made. James Stewart plays San Francisco cop John “Scottie” Ferguson, who quits the force after a paralyzing attack of acrophobia costs another cop’s life. Ferguson is hired by an old friend to follow his unstable wife, whose obsession with a dead ancestor leads to a complicated web of love, betrayal and heartbreak. Veteran Hitchcock collaborator Edith Head designed the costumes, including the dramatically different looks for the haunted Madeleine and the earthy Judy (a memorable double role for Kim Novak), and Bernard Herrmann’s grandly romantic score merged with Robert Burks’s evocative photography of the Northern California locations to create one of the Master of Suspense’s most unforgettable masterpieces.