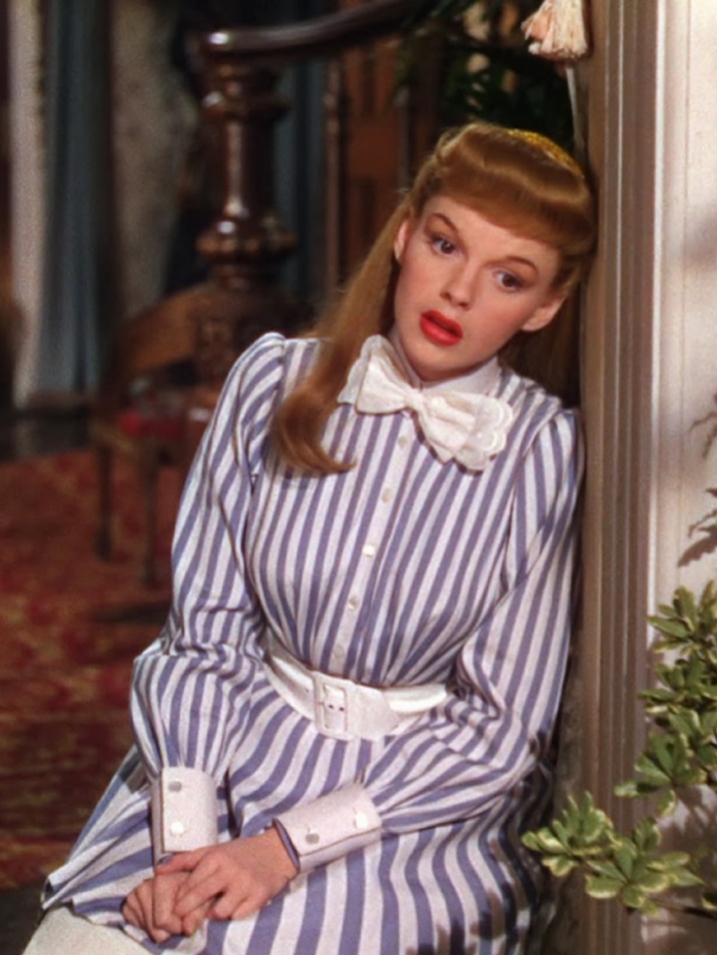 Double Feature: "Meet Me in St. Louis" and "West Side Story"

Costume designers, like so many other great talents of the film industry, are often associated with one particular kind of film, but the Academy’s new Saturday series demonstrates the remarkable creative range of many of film’s top designers over the decades. In conjunction with our Hollywood Costume exhibition, in February we will conclude our series with three double features pairing impressive and varied achievements by designers working in all genres of the cinema.

Five-time Oscar winner Irene Sharaff earned 12 of her 16 nominations for her work on musicals, and we will be pairing two of her most beloved films in the genre from strikingly different eras of filmmaking. From Hollywood’s Golden Age we will screen the nostalgic family musical Meet Me in St. Louis, in which she brought turn-of-the-century America to life in all its Technicolor glory, and Best Picture winner West Side Story, for which her colorful costumes were a key factor in the film’s successful mixture of heightened theatricality and real-world locations.

Meet Me in St. Louis

Judy Garland found one of her most beloved vehicles in this sweet musical tearjerker based on Sally Benson’s autobiographical story collection. Garland plays Esther Smith, a young girl living with her middle-class family in turn-of-the-century St. Louis. Hopelessly in love with the boy next door, Esther and family face turmoil at the prospect of leaving their beloved home, and the charmingly episodic storyline features a memorable Halloween sequence as well as delightful musical numbers, including the classic “Have Yourself a Merry Little Christmas” and the Oscar-nominated “The Trolley Song.” Nominations were also earned for the film’s scoring and screenplay, and for George Folsey’s expressive Technicolor cinematography. Garland married her director, Vincente Minnelli, the following year, and the pair would reteam for The Clock and The Pirate.

Robert Wise teamed up with legendary Broadway director-choreographer Jerome Robbins for the film version of the acclaimed stage musical that transposed the story of Romeo and Juliet to the modern age of New York street gangs. Natalie Wood is Maria, a young Puerto Rican girl whose love for the Polish-American Tony (Richard Beymer) exacerbates the conflict between two local gangs, the Jets and the Sharks. Robbins had directed the original Broadway production, and with the help of Ernest Lehman’s faithful screenplay adaptation, his groundbreaking choreography found new life on the film’s authentic New York locations. Irene Sharaff won her third Academy Award for her colorful costumes, and the film’s nine other Oscars included awards for Best Picture, Wise and Robbins’s direction, and the dazzling supporting performances of George Chakiris and Rita Moreno.

$5 general admission  |  $3 Academy members and students with a valid ID.
Ticket includes admission to both features screening on the same date. Parking is free for vehicles entering after 7 pm.