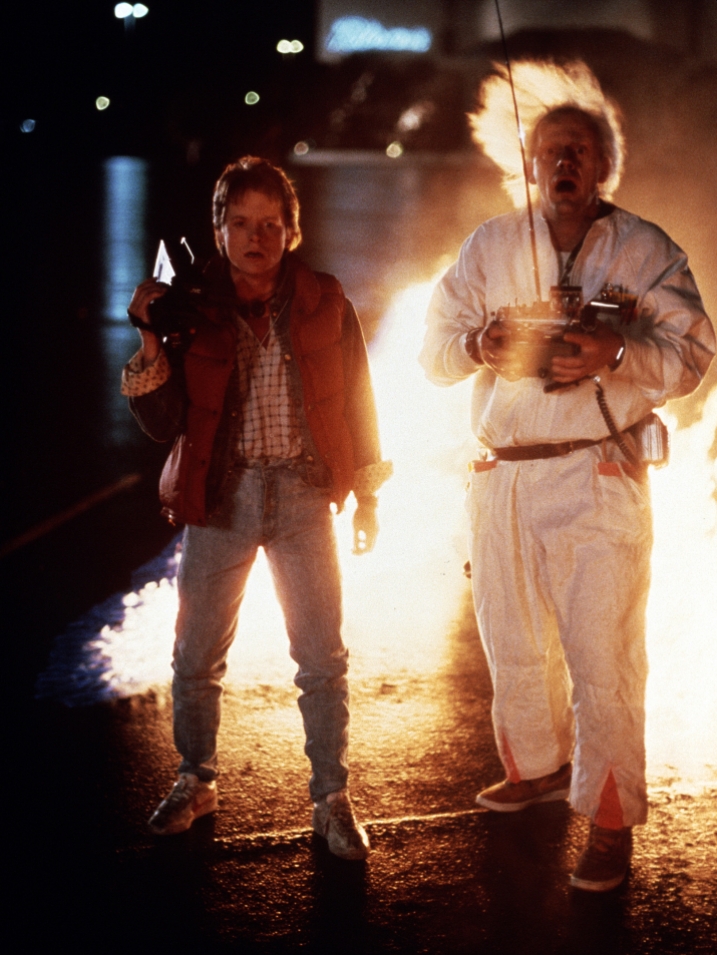 The blockbuster success of fantasy adventures from filmmakers like Steven Spielberg and George Lucas – as well as the rapid advances in visual effects technology and the increasing importance of young audiences in American moviegoing – led to a flood of youthful fantasy adventure films that have remained favorites of the children of the 1980s. While the visual effects of these films may have gained the most attention and awards, their imaginative costume designs played a more subtle but equally important role in their creative and commercial success, and to celebrate the 30th anniversary of this memorable year in American popular filmmaking, we present two double features spotlighting four notable fantasies. 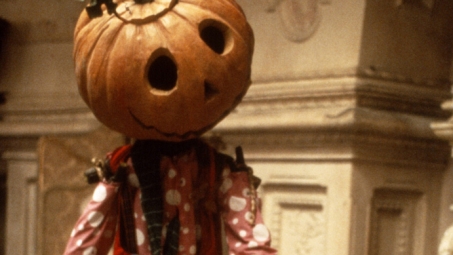 RETURN TO OZ: COSTUMING THE BIG ADVENTURES OF 1985

back to the future

Robert Zemeckis’s delightful time travel comedy (co-written with Bob Gale) spawned two sequels and helped to make a big screen star of Michael J. Fox. Fox plays Marty McFly, a charismatic teen who finds his entire existence in jeopardy when a trip to 1955, courtesy of eccentric genius Doc Brown (the irreplaceable Christopher Lloyd), causes him to nearly keep his future parents (Crispin Glover and Lea Thompson) from falling in love. Zemeckis and Gale earned an Oscar nomination for their clever and charming screenplay, and later reteamed with most of the same cast and crew for two even more intricate sequels that took Marty and Doc first to the unimaginably futuristic world of 2015 and then back to the Old West. Deborah L. Scott, the Oscar-winning costume designer of Titanic, created suitably representative looks for 1985 and 1955, and the film’s other impressive craftwork includes seamless visual effects from ILM and Oscar-winning sound effects editing.

Legendary film editor Walter Murch (Apocalypse Now, The English Patient) made his film directing debut with this striking and gorgeously designed film version of L. Frank Baum’s beloved Oz books. Fairuza Balk plays Dorothy, whose fantastical tales of her trip to the magical land of Oz have led to her undergoing treatment at a mental institution. Dorothy finds herself back in Oz with a new group of friends (Jack Pumpkinhead, the Gump and a robot named Tik-Tok) and tries to save the land from the menace of the Nome King (a combination of actor Nicol Williamson and Will Vinton’s Oscar-nominated claymation effects). The film’s bold stylistic dissimilarity to the classic 1939 film The Wizard of Oz inspired confusion at the time of Return to Oz’s original release, but this lovingly crafted work, with its imaginative costumes by Raymond Hughes (Young Sherlock Holmes) as well as inspired contributions by such Oscar winners as composer David Shire, cinematographer David Watkin and production designer Norman Reynolds, has seen its reputation soar in the last three decades.